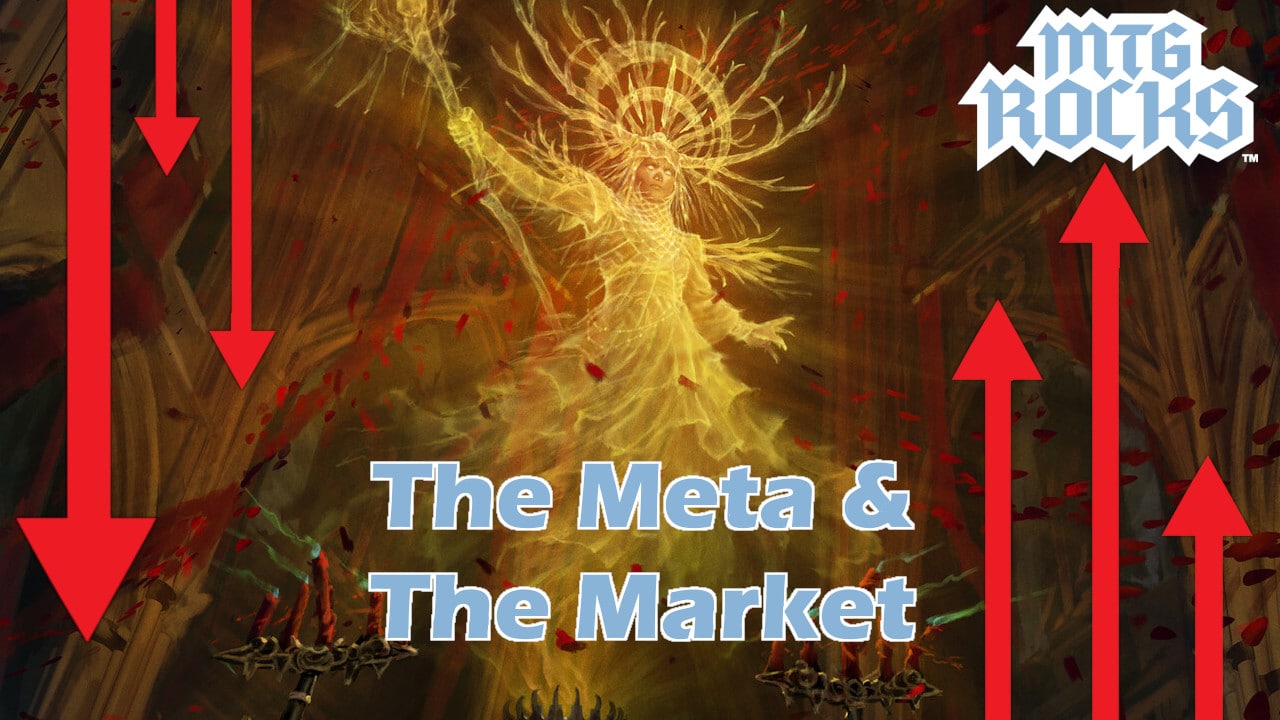 These MTG Crimson Vow Cards Don't Cost What They Used To!

Innistrad: Crimson Vow has been out for one month, which makes now a great time to check back in on the set in relation to the secondary market.

Some cards received a lot of initial hype but didn’t live up to it. Their prices have naturally fallen, making now a potentially good time to pick these cards up.

But some cards how proven themselves to be more popular than initial impressions set them out to be. Perhaps they’ve performed well in the competitive Magic scene, or players just have a predilection for them. Either way, their prices have been climbing the charts lately.

When people first saw Manaform Hellkite, they thought it would naturally fit into Izzet Dragon decks in Standard. But there are a lot of dragons currently in Standard contending for the few flex slots in that deck. While Manaform Hellkite will occasionally see play, it is mostly outclassed by Goldspan Dragon and Smoldering Egg/Ashmouth Dragon.

So why buy Manaform Hellkite now? Well, despite Manaform Hellkite’s minor showings in Standard, it is still a fantastic card for Commander. It works wonders in spell-heavy decks like Kess, Dissident Mage, Feather, the Redeemed, and Veyran, Voice of Duality.

Upon first reading this card, Cemetery Gatekeeper may seem like it would be an all-star in Modern. But it doesn’t work with fetch lands as one might hope. And the Vampire Gatekeeper hasn’t gotten much traction in Standard either, which is why its price has sunk from the $9.00-$10.00 range down to about $5.00.

That makes now a great time to pick up Cemetery Gatekeeper for Vampire EDH decks like Edgar Markov and Strefan, Maurer Progenitor. The card has also become a staple of Mono-Red Aggro strategies in Pioneer.

According to EDHREC.com, Toxrill, the Corrosive, is the most played Commander out of all of Crimson Vow. This alone is why Toxrill has risen from sub-$10.00 prices to almost $15.00 at the time of writing.

If you’re interested in building a Toxrill Commander deck, check out my article, Best Cards to Buy For Toxrill, the Corrosive in Commander.

Cultivator Colossus was the most anticipated card to come out of Crimson Vow due to its Commander combo with Abundance, which together, can enable you to play every single land out of your deck. This combo led to Colossus preordering for around $30.00. But as you can see in the graph below, those preorder prices did not hold.

However, since its price crash after release weekend, Cultivator Colossus has been on the rise. From its low of $15.00, the seven-mana beast has recuperated some of its value, sitting at about $19.00.

The reason Colossus is increasing in price, is that in addition to its heavy demand in Commander, the card is also seeing play in Modern. Amulet Titan decks are playing between 1-4 copies of Colossus as another card to tutor for with Summoner’s Pact.