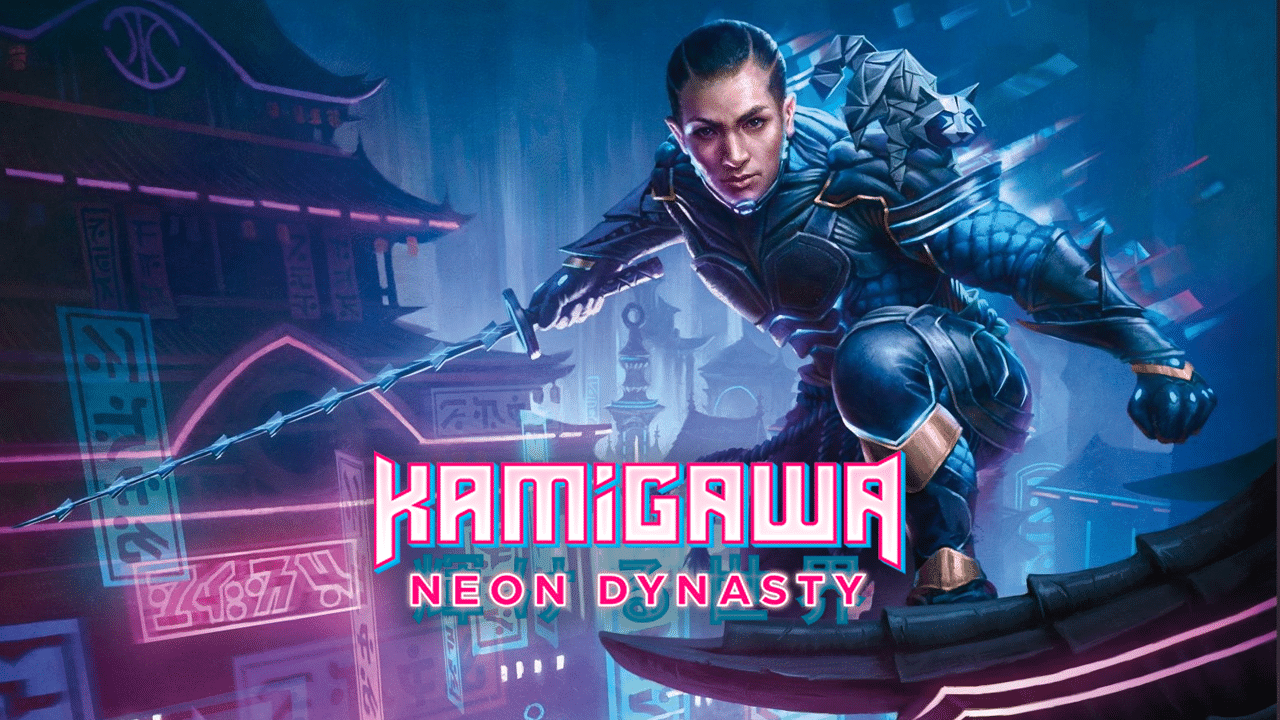 Seeing new preview cards for an upcoming Magic: the Gathering set is always a fun time. We got a taste of that earlier this month when Wizards of the Coast previewed a bunch of cool cards from Kamigawa: Neon Dynasty during their first preview stream for the set. Well today, on Christmas Eve, Papa Wizards gave all the good boys and girls a little early gift with another preview card, and it’s a sweet one!

Welcome Satoru Umezawa! The Umezawa name is one that is a return from the original Kamigawa and Legends sets, so this is a descendant of the line. As we can see, Satoru will come in 3 versions, the normal version, the Ninja Frame version, and the last one is a Buy a Box promo. The art on that version is done by Yoji Shinkawa, who is famously know for his contributions to the Metal Gear franchise.

First and foremost, we see that Ninjutsu is making a return in this set! Ninjutsu is an activated ability that lets you cheat a creature into play with Ninjutsu by returning an unblocked creature to your hand and replacing it with the new creature.

For 3 mana, a 2/4 is a solid stat line, which makes this creature very compelling. Where this card becomes insane is his abilities. First off, whenever we activate a ninjutsu ability, we get to Anticipate. This is a great source of card selection, because presumably we’re playing this in a “ninja” deck where we can activate Ninjustu pretty frequently.

But that’s not the broken ability. The last line of text on Satoru, giving ALL creatures in your hand Ninjutsu with a cost of 2UB, that’s pretty insane. This opens up Satoru to being more than just in a Ninja deck, and can also be a fantastic commander!

What Creatures Should We Give Ninjutsu?

With this in mind, the world is our oyster when it comes to deciding what creatures we want to play. We could look to take advantage of some very powerful damage triggers on creatures that don’t have ninjutsu.

On the other hand, we could just put in a REALLY big creature and smack our opponent around for some serious damage.

Whichever road you venture down, this card is bonkers and I think will be a very popular card in the game going forward! What are your thoughts on Satoru Umezawa? Let us know in the comments!

READ MORE: How to Earn XP in MTG Arena