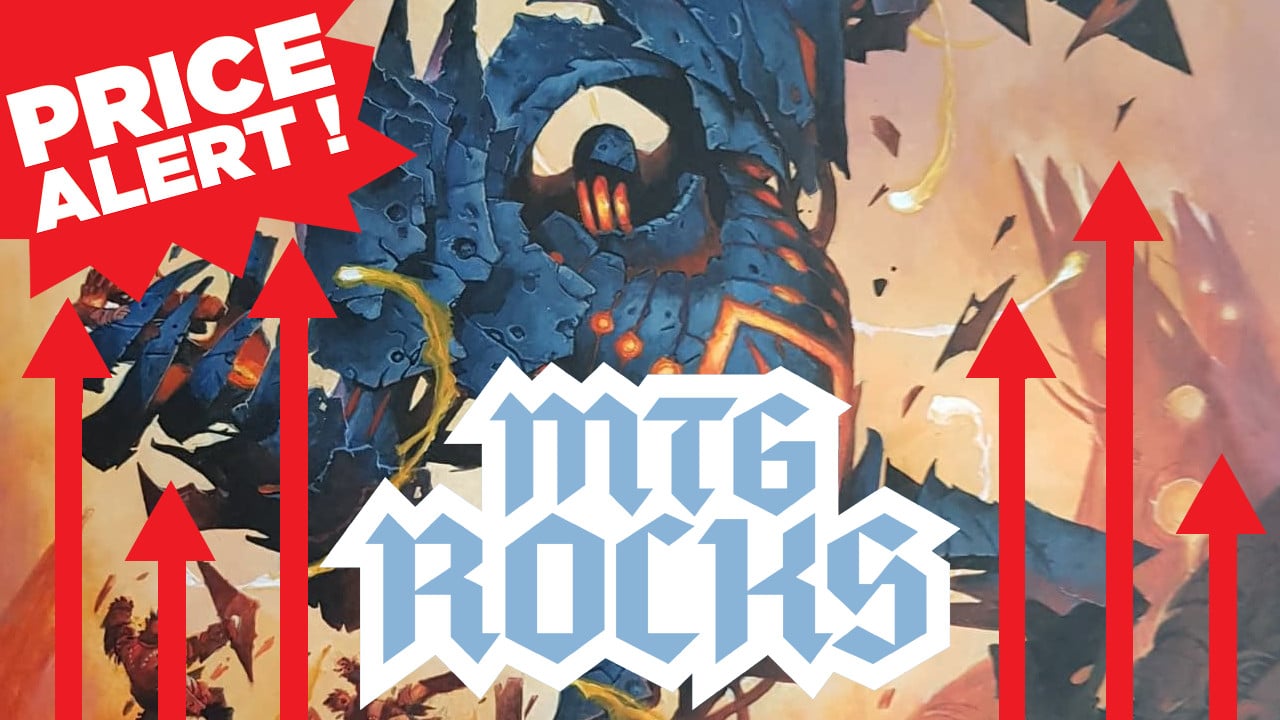 There’s a new Commander Combo that everyone is talking about. It involves a recently spoiled card from Kamigawa: Neon Dynasty and a long-time favorite in Commander, Blightsteel Colossus. The new trick is already beginning to influence the secondary market, as Blightsteel is quickly trending up in price.

Blightsteel Colossus has always been a popular Commander card. It has the potential to one-shot any opponent with infect damage, which is why it’s always been pricy, reaching as high as $70.00-$80.00 at one point in time.

The card was reprinted relatively recently in Double Masters which helped bring down the price to a more reasonable $30.00. But that price has climbed back up over the since Double Masters was released one year ago. And this weekend, Colossus got an extra boost in price as you can see in the graph below. Currently, the cheapest you can buy Blightsteel for is about $40.00-$45.00.

Satoru Umezawa can give our Blightsteel Colossus ninjutsu, meaning if one of our creatures goes unblocked, we can swap it for the Blightsteel in our hand, and would you look at that, our opponent just died of infect damage.

This one-two punch is the talk of the town at the moment and is the sole influence behind Blightsteel’s upwards trending price.

Blightsteel Colossus was already a popular Commander card. But once players get their hands on Satoru and want to build a Commander deck around the new ninjutsu legendary, there’s a good chance the giant Golem sees another bump up in price.

If you have any interest in playing Satoru yourself, it’s likely a good idea to buy your Blightsteel sooner than later. Regardless, keep an eye on Blightsteel’s price as we approach the release of Kamigawa: Neon Dynasty.