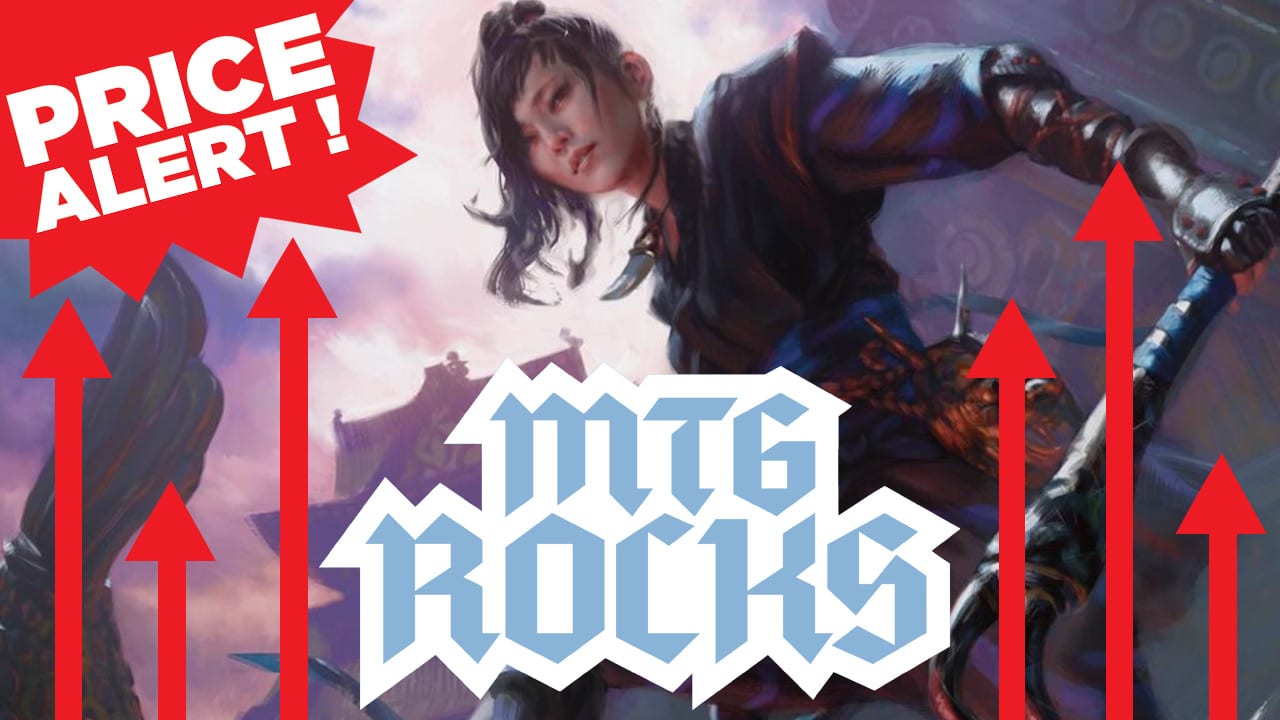 Ninjas are one of the most fun tribes to play in Magic: the Gathering. You can sneak them into play with their ninjutsu abilities and catch your opponents off guard. That’s why Yuriko has been one of the top-ranking Commanders for a long time. Just look at EDHREC where it’s currently the 4th most popular commander.

Up until recently, Yuriko was a relatively budget-friendly Commander deck to build. But this weekend, Yuriko absolutely skyrocketed in price.

Yuriko has floated around the $6.00-$7.00 mark for the last year. This was mostly due to the card being reprinted in Commander Legends and on The List. While these reprints were able to subdue Yuriko’s price for a while, the extra supply was no match for the surge of demand Yuriko got over the weekend.

TCGPlayer nearly sold out of The Tiger’s Shadow. At the time of writing, there are only 20 listings remaining for the regular art Yuriko, 20 listings for The List version, and less than 20 for the etched foil. And the lowest you can get a Yuriko is now $22.00+! Just check out how the card’s price shot up in the graph below.

Why Did Yuriko Spike in Price?

WOTC gave us an early Christmas present last week when they spoiled a new Ninja creature from Kamigawa: Neon Dynasty. Satoru Umezawa has many interesting implications for Neon Dynasty, Commander, and the secondary market.

Some players are excited to build around Satoru for an entirely new style of Commander deck. And there are cards already spiking in price because of this.

But Satoru also makes a great addition to Yuriko decks. And most importantly, it tells us that ninjutsu is making a comeback in Neon Dynasty. That means there should be plenty more Ninjas coming and big boosts for Yuriko players.

It’s possible that Kamigawa: Neon Dynasty will bring a new Ninja legendary that replaces Yuriko at the helm of so many Ninja Commander decks. But more than likely, all the new cards will serve as support for Yuriko, rather than outclass her.

And new support generally means one thing: HYPE. Hype translates to demand and demand into further price increases. So yes, Yuriko should hold its new price tag, and there’s a good chance it will see further price bumps (barring reprints) as people get excited by all the Ninjas that will come in the new set.

If you’re interested in other Ninja cards that have the potential to go up in price, check out Yuriko, the Tiger’s Shadow – An MTG Commander Buyer’s Guide. But act quickly, as some Ninja cards are already going up in price.