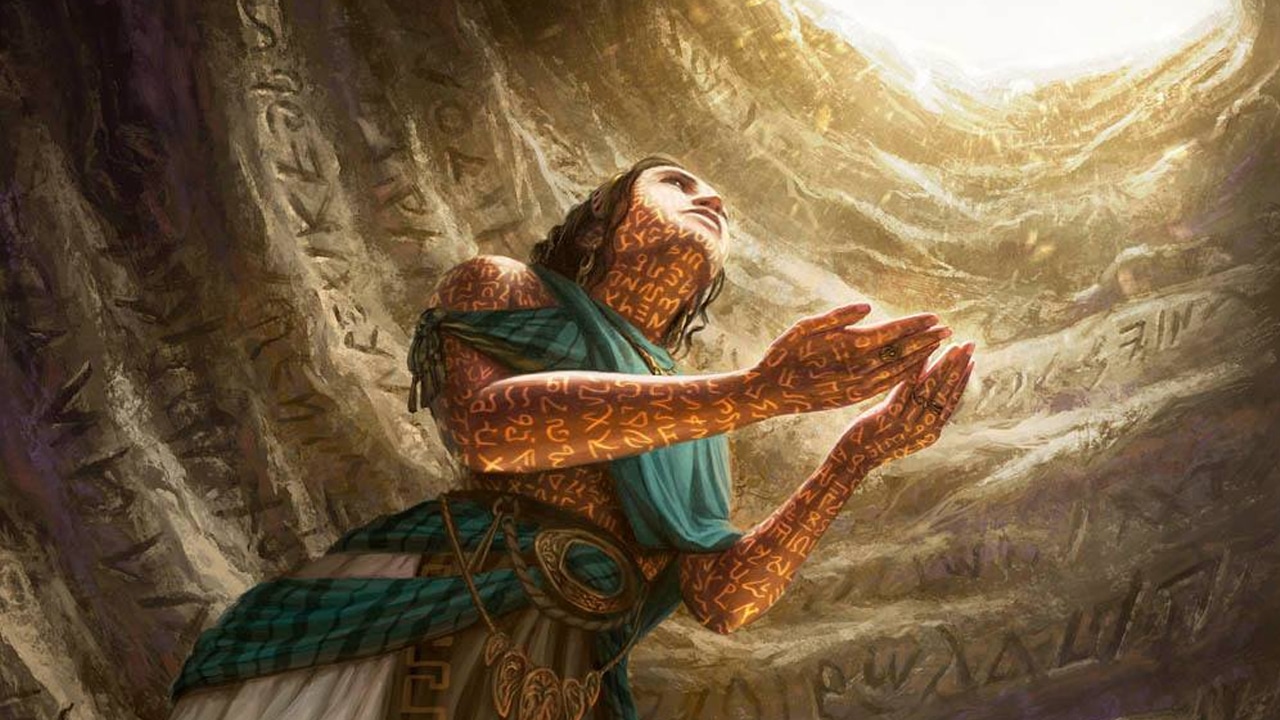 As a game set within a fantasy multiverse of planes, pretty much anything is possible in Magic: the Gathering. Dragons can wield incredible magic, gingerbread men can be creatures, and dogs can even be Planeswalkers. The possibilities of what Magic can do and where it can go are nearly enough endless. Especially when you factor in the freedoms allowed by both Universes Beyond and Un-sets. Despite all the boundless possibilities for the future, however, the past of Magic is set in stone. Urza always defeats Mishra with the Sylex, Nicol Bolas is always up to no good, and Oko is always being vehemently despised. For better or worse, these concrete details can’t change without unraveling the entire lore of MTG… or can they? Perhaps in a future supplemental MTG set, these tantalizing “what if” possibilities could be explored!

Recently, on their blog, MTG’s Lead Designer, Mark Rosewater, was asked if MTG’s seemingly limitless boundaries could be pushed even further. Pitched by Tumblr user Dwarf-scum, it was asked if Wizards would ever “do a ‘what if’ Magic set.” Continuing, Dwarf-scum noted that this wouldn’t have to be a canonical set, but they “just like imagining the different sets of circumstances that might lead to a character developing a different color identity, and how that would have in turn changed the story.”

Responding to this intriguing prospect, Mark Rosewater revealed this wasn’t the first time that this idea was on Wizards’ radar. In fact, the idea was so popular that Wizards has even made it before! Back in 2007’s Time Spiral block, Wizards of the Coast created Planar Chaos, which included 45 “timeshifted” or “colorshifted” cards. These cards represented reprints from an alternative universe where the color identity of themes and mechanics differed. The classic blue spell Force Spike, for instance, was colorshifted into Mana Tithe in white.

Due to these colorshifted cards, Rosewater explained that, while it wasn’t given that name at the time, “Planar Chaos was a ‘what if’ set.” After all, as Rosewater noted, “we did show some characters in different colors taking a different path.” Since 2007, the Time Spiral block’s past, present, and future themes have remained a novelty in MTG’s long history. They may not be the only trio of “what if” sets for long, however. As, when asking, “would you enjoy us doing another ‘what if’ set,” Rosewater was inundated with countless enthusiastic responses.

While many of Rosewater’s requests for player feedback have received a lukewarm response, the concept of a “what if” set has roused a surprising amount of support. Across both Tumblr and Reddit, MTG players almost universally loved the idea of a “what if” set’s boundless possibilities. For instance, Tumblr user Kreetn voiced their emphatic support by stating, “I would, yes. I enjoy sets like this that pay attention to the lore in an interesting way because it rewards players who care about magic itself. Not tie-ins.” Similarly, Songofthedyingplanet-blog stated, “this would be a great way to bring back deceased characters like Venser without having to go back in time.” Additionally, an alternate universe set would “allow for characters’ aspects to be explored without ruining their canon version like what happened with Garruk.”

Despite often not being as enthusiastic toward Rosewater’s ideas, on Reddit, MTG players were surprisingly supportive of another “what if” set. Reddit user u/Chartreuse_Gwenders, for instance, remarked “another future sight and another planar chaos would be fantastic. Two of my favorite sets.” Alongside eager “yeppers,” from players like u/BasedDptReprsentativ, many Reddit users were keen to add their own suggestions of what they’d like to see. Players were so keen and offered so many suggestions, in fact, that we can’t help but list our favorite responses.

Unfortunately, it’s important to note that it’ll take a long time to realize these ideas, thanks to MTG’s development cycle. Despite this detail, however, many MTG players didn’t think a “what if” set was just a wild pipe dream. Instead, u/mjc5077 claimed this might be exactly what Wizards is planning already. “I assumed they were already setting this up by having Teferi stuck in the multiverse.” Additionally, u/Xarxsis noted that when Rosewater asks “would you enjoy” it “seems to be code for ‘we are developing this’”.

Ultimately, while we’re free to speculate until we’re blue in the face, unfortunately, there’s simply no telling what may be in Magic’s future. Not till Wizards of the Coast announces more at Wizards Presents 2023, at least. Sadly, that means we’ll just have to wait until then and enjoy the sets that get released in the interim.

Read More: Controversial MTG Universes Beyond Cards Are Worth Over $2000