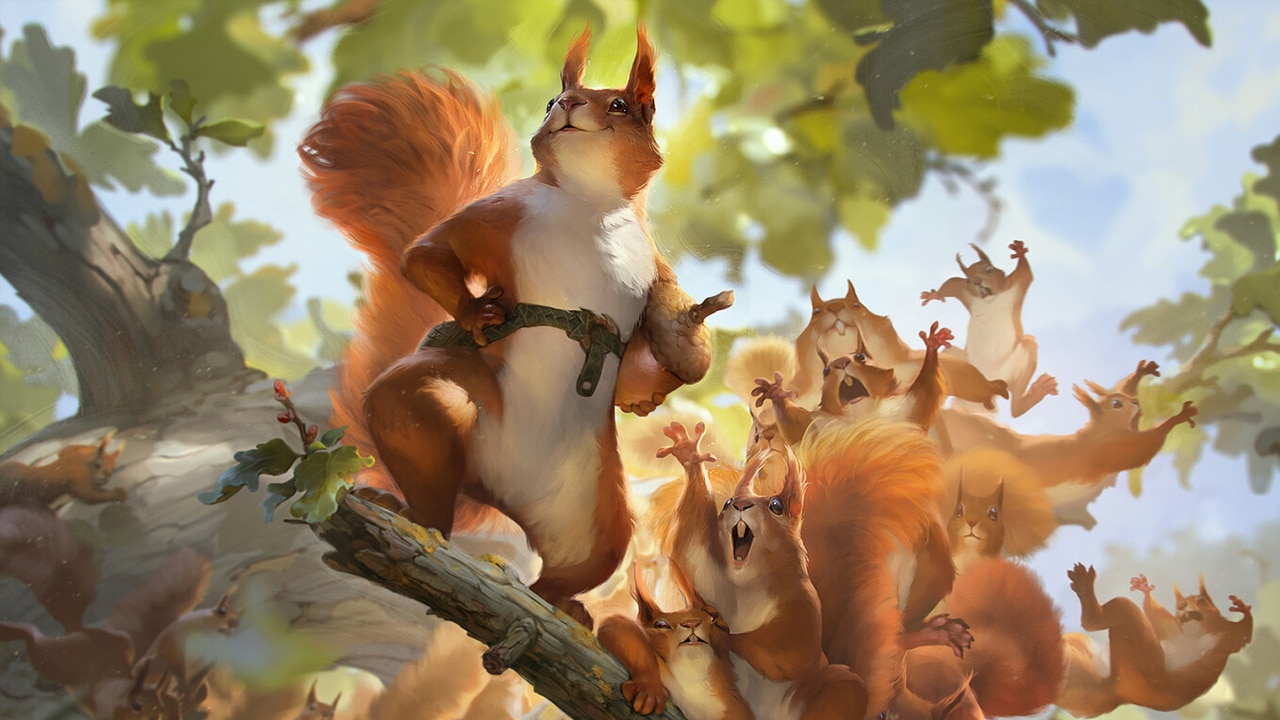 Since Unfinity was first announced, the set’s newly introduced Acorn cards have been a point of enormous contention. Thanks to Acorn cards taking the place of silver-bordered cards, Unfinity is the first black-bordered and partially eternal-legal MTG Un-set. Despite this being a much-requested feature of past Un-sets, many players are lamenting Unfinity as the harbinger of Magic’s demise. With a space carnival theme and wacky mechanics such as Stickers and Attractions, Unfinity is undoubtedly out there in terms of its design. These unique aspects of Unfinty have caused rampant complaints. However, MTG’s Lead Designer still believes this is what players want.

Given the immense outrage over Unfinity cards being Eternal-legal, this assessment may appear relatively wide of the mark. After all, in comments debating divisive black-bordered cards, there are no end of calls for Wizards to stop this madness. Despite this seemingly overwhelming hatred for Unfinity’s black-bordered Eternal-legal cards, Magic’s Lead Designer, Mark Rosewater, knows what players really want. “The players are not a single entity. They want different things,” Mark Rosewater recently explained while defending Unfinity’s Eternal-legal cards. “The real question is, “does the audience who these cards are intended for want them to be Eternal-legal, if possible?”

While Unfinity is certainly treading some new ground with Acorn cards, ultimately, its intended audience is still MTG Un-set fans. Eternal-legal cards may technically be for everyone. However, they’re specifically what Un-set fans have been craving since Unglued in 1998. As Mark Rosewater notes, “the number one request I got for Unstable was ‘please reprint this card with a black border so that I can play it.’” In Unfinity, Wizards is answering these players’ prayers by allowing cards that work within the rules to be black-bordered. Despite what the complaints suggest, this hasn’t required a massive shift in design. Un-sets have always had cards that could be Eternal-legal, after all.

“I got letters upon letters of players who wanted to play with the cards, but their play group wouldn’t let them, even with cards that had we printed them in any other product would have been playable,” Rosewater continued. While they’re remembered for their sillier cards, many past Un-set cards have been perfectly playable. Some Un-set cards have even gone on to see functionally identical black-bordered reprints. The Cheese Stands Alone was reprinted as the functionally identical Barren Glory.

Despite this precedent for silver-bordered cards turning black-bordered, players still seem outraged over Unfinity’s Eternal-legal cards even existing. As Mark Rosewater notes, however, for the audience who actually cares about Un-sets, this change is “what they wanted.” Ultimately, this appeases the product’s primary audience, which seems like a job well done by Wizards to me. While one market is appeased, however, Unfinity’s black-bordered cards have expanded the reach of the product dramatically. Understandably, these players are the ones disgruntled by all that Unfinity stands for. However, Rosewater doesn’t value all their complaints.

“Another thing to be aware of is historically Magic players react poorly to change,” Rosewater explained. “Almost every big change to the game came with a large sentiment of ‘you’re ruining the game; don’t do this.’” These reactionary comments may seem damning at the time. However, Wizards know that over time players “warm up to it.” Rosewater notes that even divisive mechanics eventually become part of the new norm players don’t want to see changed. Despite this happening every time that a new mechanic gets introduced, for Unfinity, players aren’t so convinced it’ll happen again. Instead, many players still demand Acorn cards in MTG be handled with an opt-in/opt-out approach.

Unfortunately for the players making these demands, however, Mark Rosewater has already emphatically stated that this approach “can’t work.” A design model that supports opt-in/opt-out sets is a slippery slope that ends in every mechanic, creature type, and piece of art being removed from the game’s core. Thankfully, however, Magic doesn’t need this design model since players are already free to choose what they play with. For better or worse, “that’s what playing a customizable game is all about.” As Mark Rosewater notes, “it’s our job to provide a wide range of gaming options and let the players sort out which pieces they want to interact with.”

Despite being told by Magic’s Lead Designer repeatedly that Unfinity’s black-bordered cards are a good thing, some players still refuse to see the light. In trying to have their point stick, Tumblr user stories-by-rfb drew comparisons to the divisive Companion mechanic. “Do you think this Eternal-legal Un-set was a legitimately good idea, or is it like Companion, something you’re forcing on the players because we have no real choice in the matter?”

Ultimately, it may only be Un-sets’s reputation causing Unfinity’s mechanics to receive so much undue flack. By not being tournament legal, Un-sets have always been a safe space for Wizards to experiment. This, however, has come at the cost of silver-bordered cards not being viewed as real MTG cards. While Unfinity is changing this precedent by introducing Eternal-legal cards, the reputation of Un-set cards not being real cards remains. This makes new mechanics hard to digest, even if they work within the rules.

Read More: Players Enraged that Commander is Ruining All of MTG