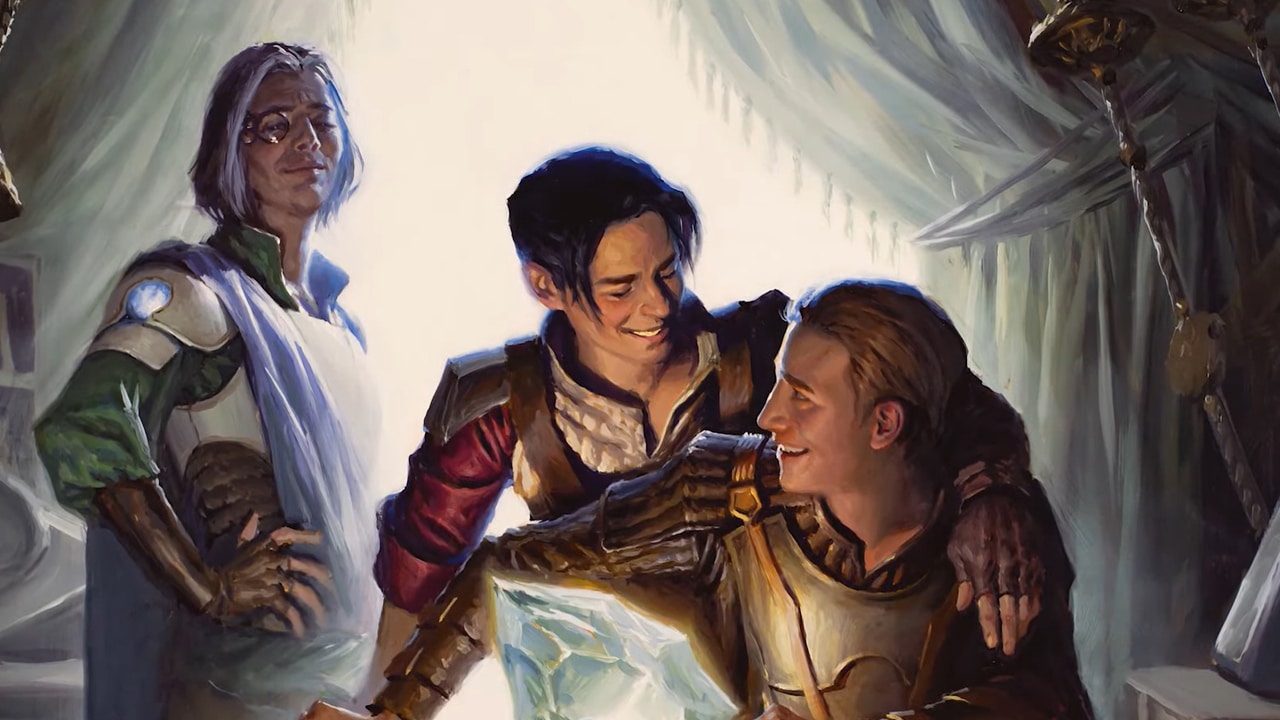 MTG Players Finally Have Something to Be Happy About

Despite pouring countless hours into the game, MTG players love to have an excellent ol’ complain at Magic’s expense. Unfortunately for Wizards of the Coast, recently, MTG players have had no end of things to complain about. After the recent blunders of Magic 30 and 30th Anniversary Edition, it seemed that Wizards could get nothing right anymore. Thankfully, while there certainly have been some problems, not every player is vehemently against everything that Wizards does. Some players, somewhat remarkably, are even praising Wizards for their recent decisions that are making the game better. MTG Arena players, for instance, are surprisingly overjoyed by many of the changes being introduced in The Brothers’ War.

With digital cards having no inherent value and Wildcards being partially hard to come by, the economy in MTG Arena is often a point of contention within the community. Having been a consistent problem for years, many players had given up hope that Arena’s economy would ever get better. Recently, however, Wizards of the Coast has been surprisingly benevolent, introducing marginal fixes one after the other. Initially temporarily introducing wildly expensive Wildcard Bundles and later launching Mythic Packs, 2022 has been a remarkably good year for Arena fans. To make this year even better, Wizards of the Coast recently announced Gold Packs, which are actually pretty darn amazing.

Launching in The Brother’s War later this month, Gold Packs are a free added incentive to buying packs on Arena. With each containing six rare or mythic Wildcards, Gold Packs make playing MTG Arena for completely free significantly more feasible. As you might imagine, because of that prospect, many MTG players are actually praising Wizards for doing a good job.

“Golden Packs are very exciting because I really dislike drafting. I’ve been asking for pack value buff for a long time, I’m glad they finally did it,” Reddit user u/Cassiopeia2020 stated. Similarly, the wonderfully named u/MyNuts2YourFistStyle claimed that “Golden packs are one of the best things they ever added to this game. Drafting isn’t for everyone.” MTG Arena’s new Gold Packs seem so good to some players, in fact, that they can’t quite believe their value. “Golden packs sound awesome, I almost feel like I’m missing a catch…Are they just straight-up adding value to cracking packs with no drawback??” Thankfully for the baffled u/PurifiedVenom, free added value is exactly what The Brothers’ War’s Gold Packs are!

As well as the improvements to Arena’s economy, recently Wizards has also been pushing the development of the Explorer format. Like Arena’s economic woes, the future of Explorer appeared to be stuck in limbo for the longest time. Without a clear roadmap from Wizards, many players were left wondering when, or if, Pioneer would ever be on Arena. Thankfully, in recent months, Wizards has been ramping up Arena’s path to Pioneer through the release of new Explorer-focused products. This started in July with Explorer Anthology 1, and now, just a few months later, Explorer Anthology 2 is almost upon us.

Alongside Explorer Anthology 2, which is due to launch sometime this December, Wizards also recently announced Shadows over Innistrad Remastered. As well as being a welcome treat for Limited and Historic fans, Shadows over Innistrad Remastered promises to be filled full of amazing cards for Pioneer players, such as Spell Queller and Emrakul, the Promised End. While there are some trepidations about what cards will be included in this remastered set, the majority of players are thoroughly excited about its release.

“Explorer Anthology 2 in December and Shadows over Innistrad/Eldritch Moon remastered in early 2023. Pioneer players eating well,” u/Macdaddypooty commented. Similarly, u/alski107 relished the good news players have been receiving. “Finally a very nice State of the Game for Historic and Explorer plebs like me (and something to do with my WCs). While some players were simply excited, u/gregargx noted, this renewed focus by Wizards may have major implications for the future. “WotC seems to be more focused on upgrading Explorer. It seems that the data truly showed that Alchemy [is] not as profitable as they would expect.”

Not All Good News

Unfortunately, while players highlighted plenty to be excited about in the future, there was still some complaining. Notably, while it was praised for being better, players highlighted that Arena’s economy is still far from perfect. For instance, in the State of the Game post, Wizards announced that the prohibitively expensive Wildcard Bundles are returning. Priced at $9.99 for four rare Wildcards, this deal may seem fair at first, however, as u/RoKy2608 noted, little has changed. “It is literally the same price as the $50 wildcard bundle, just divided into smaller ones. The flexibility is fine, but they still feel overpriced.”

Disappointingly, the return of the Wildcard Bundles wasn’t the only bit of bad economic news. Highlighted by u/wujo444, it appears that Gold Packs in MTG Arena are only being tested at this time. In the State of the Game post, Wizards explained that they’re “only applying this change to The Brothers’ War packs at this time.” Spotting this somewhat worrying statement, u/wujo444 proclaimed, “so at least for now, Golden Packs are not planned to be permanent feature. Can’t have too much good stuff eh?” Thankfully for fans of Gold Packs, u/themiragechild notes that all hope is not lost. “I think what they mean is that you can’t go back and buy, say, a Dominaria United pack and expect to fill out the Golden Pack counter.”

More importantly than silly little economic woes, many players were frustrated that a new feature wasn’t as big as expected. Arriving in The Brothers’ War, Meld can be used to create some seriously huge creatures on paper. On Arena, however, Wizards announced “a melded permanent is the same size as every other card.” While Wizards did apologize, saying “sorry, no double-sized monstrosities,” that apology does little to soften this devastating news.

Hope for the Future

While players did share some valid complaints that this State of the Game post brought up, ultimately, MTG Arena is in a good place right now. Or at least it will be once everything on this tentative roadmap actually releases. Highlighting the overall quality on display, Reddit user u/AzulMage2020 stated these are some “pretty nice changes. Feels like they are listening and beginning to move forward with player feedback/suggestions. Well done!” Similarly, u/RedditAccountOhBoy praised Wizards, saying there’s “a bunch of great stuff here! Love the gold packs, love explorer anthologies 2, love SoI, love the visual update for top/bottom of library. Good stuff WotC!”

Ultimately, it’s too early to tell how long this streak of good decisions and the following praise will last. We can only hope that it continues well into the future, however, for that, we’ll have to wait and see. Who knows, if things go well, maybe it won’t be too long till Pioneer is fully available on Arena after all.