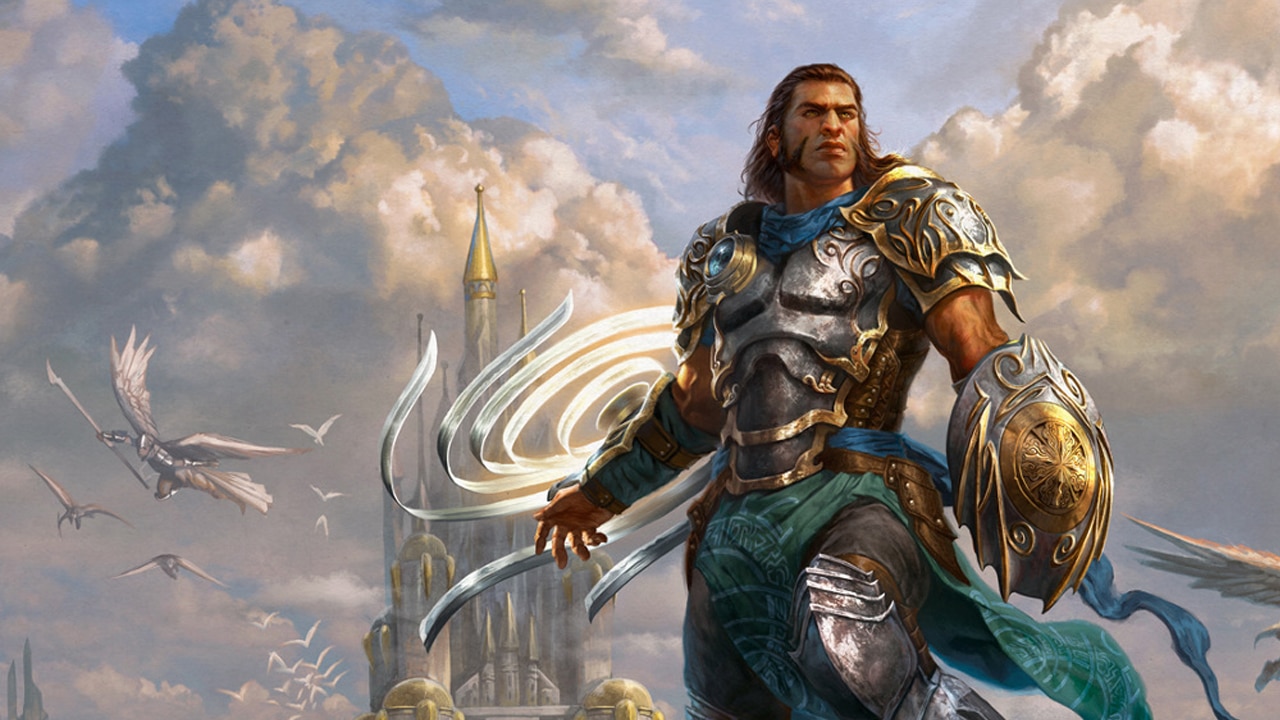 Yesterday’s 30th Anniversary Livestream from Wizards of the Coast was a tumultuous time, to say the least. Besides revealing potentially the most controversial MTG product of all time, Wizards also announced Explorer Anthology 2. Primed to release by the end of 2022, this new anthology set should help Explorer better emulate the Pioneer format. As if this wasn’t already exciting enough news for MTG Arena players, Wizards also announced another remastered set. Launching later in 2023, Shadows over Innistrad remastered will blend the best bits of Shadows over Innistrad and Eldritch Moon for MTG Arena players to enjoy.

While Wizards of the Coast did not release many details, these announcements are nevertheless incredibly exciting for MTG Arena fans. Since the release of Kaladesh Remastered in 2020, Wizards of the Coast has been suspiciously quiet about new remastered sets. Similarly, until earlier this year, players had been waiting over an entire year for word of another Anthology set. This made it seem like Wizards of the Coast had forgotten about their premier digital client and all its players. Thankfully, following the release of Explorer Anthology 1 earlier this year, Wizards appears to be back on track. Subsequently, it may not be long before MTG Arena players can enjoy playing Pioneer!

Unfortunately, while it may be in the pipeline once more, the prospect of playing Pioneer is still a ways away. Thankfully, to help expedite that process, Explorer Anthology 2 is only a few months away! For now, there’s no word on which cards might be included in this latest Anthology set. That small detail, however, isn’t going to stop us from enjoying some rampant speculation about what might be in store. So, without any further ado, here’s what we want to see from Explorer Anthology 2.

First things first, it’s important to note that we won’t be including any cards from Shadows over Innistrad or Eldrich Moon in this list. This means no Anguished Unmaking and no Thing in the Ice. While these cards are undeniably important for Pioneer, hopefully, they should get their due in Shadows over Innistrad Remastered. That’s our hope anyway, as there’s no telling what Wizards has in store just yet.

Now that caveat is out of the way, let’s get right into what we want to see in WUBRG order!

When it comes to tier 1 Pioneer decks, white is doing reasonably well with its representation. The core of Abzan Parhelion and Azorious Control decks, for instance, are feature complete for their white cards at least. However, Pioneer’s tier one White Weenie deck is a different story since it’s still missing a few critical pieces. Thankfully, however, these three cards can quickly fix that problem since they’re currently the main missing components.

Offering a solid start that’s not too susceptible to removal, Kytheon, Hero of Arkos, and Soldier of the Pantheon provide key early game momentum. Once the ball is rolling Brave the Elements is an almost mandatory addition that keeps your creatures alive. Offering a healthy bump in power to Explorer’s meager tier 2 White Weenie deck, these changes aren’t likely to break the format as, ultimately, they don’t see widespread use.

As you can tell from our picks, we really want Delve in MTG Arena. Not only would it make the prospect of a Khans of Tarkir Remastered more likely, but this mechanic also sees decent Pioneer play. Predominantly found throughout Izzet Arclight Phoenix decks, these cards have long been a much-requested addition to MTG Arena. Providing potentially cheap card draw, extra turns, or top-of-the-deck tutoring, these cards open up a lot of opportunities for experimentation.

Unfortunately, since introducing any one of Dig Through Time, Treasure Cruise, or Temporal Tempass would require implementing the Delve mechanic, we’re somewhat skeptical about their inclusion in Explorer Anthology 2. Ultimately, due to the amount of work needed, we expect Wizards will either go all or nothing on Delve when it gets added to MTG Arena. Alternatively, Thing in the Ice and Pieces of the Puzzle are similarly helpful and more accessible additions. Given that Shadows over Innistrad Remastered is on the Horizon, however, we’d hope these cards would be saved for that.

When it comes to purely black cards, there isn’t a lot that Explorer needs to match Pioneer. This is thanks to black Pioneer decks primarily utilizing powerful recent additions such as Graveyard Tresspasser, and Sheoldred, the Apocalpyse. Nevertheless, Bloodsoaked Champion has been a frequently requested addition to MTG Arena. Helping to provide early game traction to Mono Black decks, Bloodsoaked Champion does still see some play. However, they’re by no means the powerhouse they once were.

Similarly, thanks to the emergence of more powerful cards,Lifebane Zombie has been reduced to being sideboard tech. Dreadbore, on the other hand, is still seeing consistent play in Rakdos Pioneer decks. Offering tremendously effective creature and Planeswalker removal, Dreadbore just gets the job done. With Rakdos decks already proving dominant in Explorer, however, we’re not entirely convinced Dreadbore is an entirely sensible addition.

Despite indisputably being the most requested choices for Explorer Anthology 1, Wizards surprisingly decided to neglect these fan-favorite cards. Opting instead for Temur Battle Rage, Titan’s Strength, and Searing Blood many players felt that Red had been snubbed. Hopefully, the same won’t happen again when Explorer Anthology 2 comes to MTG Arena. Admittedly, however, it may be somewhat of a long shot.

To put it bluntly, Monestary Swiftspear is powerful. Providing an aggressive haste creature that scales via Prowess, Monastery Swiftspear does everything that red decks want to do. Similarly, Eidolon of the Great Revel provides additional damage to burn and pump spells, which is always useful. While not as much as a powerhouse, Rending Volley is still dangerously effective as sideboard tech. Ultimately, while much requested, each of these cards is likely too powerful for Explorer in its current state. Adding one or two of these cards could easily crack the format open, so it may be best for Wizards to hold off for now.

Following the addition of Elvish Mystic in Explorer Anthology 1, Mono Green decks are pretty healthy in Explorer. That, however, is no reason not to give green more gas and mana fixing with additional mana dorks! Offering a defensible body and mana of any color Sylvan Caryatid has been a highly requested addition for a long time. With a place in Green Devotion decks and multicolored monstrosities, Sylvan Caryatid offers a lot of useful versatility.

Similarly featured within Green Devotion decks are Oath of Nissa. While digging a little for what you need is always nice, Oath of Nissa has a more critical purpose in Green Devotion decks, playing Teferi, Who Slows the Sunset. Opening up all kinds of janky possibilities, this is precisely the kind of offbeat favorite Wizards love to introduce. Lastly, while not terribly exciting, Satyr Wayfinder is still helpful in the right deck. Abzan Parhelion decks, for instance, can utilize Satyr Wayfinder’s land digging and graveyard-filling antics to great effect.

As fairly low-risk additions to Explorer, Urborg, Tomb of Yawgmoth, and Mana Confluence will both help to smooth out MTG Arena players’ mana bases. While typically not found in immense quantities, these cards are undeniably helpful and would help foster a lot of creativity. For better or worse, Nykthos, Shrine to Nyx isn’t such a simple addition. As a critical factor in the powerful Mono Green Devotion Pioneer deck, Nykthos, Shrine to Nyx can allow decks to ramp into some truly obscene threats. As a green player myself, this sounds like a lot of fun. However, it is a powerful ability that threatens to ruin the balance of Explorer. Subsequently, it might be best to hold off on its addition for a little while at least. Especially if Emrakul, the Promised End is due to be added in Shadows over Innistrad Remastered.