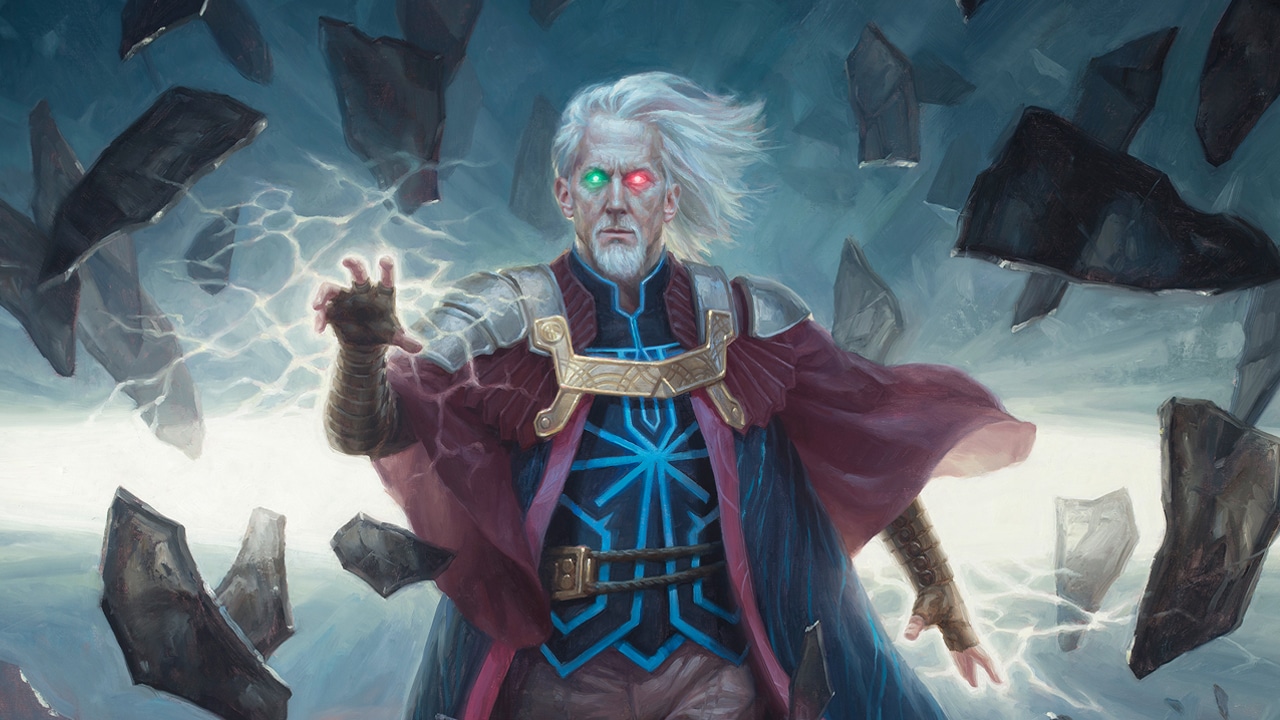 Fan Favorite MTG Mechanic Is Back in The Brothers’ War!

In the continuation of a very congested ceaseless spoiler season, Wizards of the Coast recently revealed more details about The Brothers’ War. Alongside revealing a new extraordinarily rare foiling technique and casually announcing the Power Nine for MTG Arena, Wizards also confirmed the first of The Brothers’ Wars mechanics. Much to the delight of MTG fans, Meld is returning to Magic: the Gathering. As literally the biggest MTG mechanic of all, this is sure to make The Brothers’ War a set to remember.

As one of the primary protagonists of the Antiquities War and most prominent figures in Magic’s history, Urza was one of the most anticipated cards in The Brothers’ War. As a Planeswalker who existed beyond the Great Mending, Urza was also expected to be phenomenally powerful. To the overwhelming delight of MTG fans, Urza, Planeswalker does not disappoint in the slightest. As a Meld card, Urza, Planeswalker is fittingly massive, and their six powerful abilities make perfect use of the space.

As Meld cards have been in the past, Urza, Planeswalker is also an immense flavor win. They melded together from [Urza, Lord Protector[/tooltips] and The Mightstone and Weakstone, few cards could ever dream of having flavor this good. To make matters even better, these three cards can be played back to back to back on curve. Each of these cards is also fairly respectable in its own right, so you’re not just playing them for the big payoff. Urza, Lord Protector, for instance, reduces the cost of Artifacts, Instants, and Sorceries, which is always useful. The Mightstone and Weakstone are admittedly less impressive. However, it’s not entirely without their utility.

Urza, Planeswalker is capturing the hearts and minds of the Magic: the Gathering community with an excellent flavor and incredible power. “Never before has a card audibly made me say aloud: ‘’motherf**ker’’. And I’m glad it’s him,” u/Samuelofmanytitles stated. Similarly, u/Blace_1013 declared, “I think Wizards nailed it with this. Holy crap, this is so cool.” Across the multiple posts on Magic’s many subreddits, there is no end to players spouting their love for Meld cards. For better or worse, however, in The Brothers’ War, they’re going to be somewhat of a rarity.

Meld Is Back. Back Again.

With Meld already receiving the love it deserves, the question remains, why aren’t there more Meld cards? Ultimately, Draft is to blame. In a Blogatog post, Mark Rosewater explained that more Meld cards were something Wizards experimented with in design. “We tried to make it work in draft and couldn’t,” Rosewater revealed. In a separate post, Rosewater also recounted how “we experimented in Brothers’ War vision design with having lower rarity Meld, and it proved too much of a challenge to work in limited.” While this may sound like there’s no hope for a Meld-focused set, Rosewater stated that “perhaps one day, we’ll find the tech to make it work.”

To help Wizards with that technological discovery, players quickly offered possible solutions in the posts’ comments. As Tumblr user drklcns suggests, “in theory wizards could change the pack collation to always have the meld pair in the same pack, and use Double Masters 2-pick to take both pairs.” A similar suggestion was also posited by fractured-infinity, who stated a “Commander Legends or Battlebond type set where you draft two cards at a time” would be the best fit.

Melding Into the Future

Due to their difficulties in Draft, Meld cards unfortunately probably won’t ever become an evergreen mechanic, much to our dismay. Despite this glaring issue, Wizards isn’t calling it quits on the mechanic. As Rosewater stated, “perhaps one day,” Meld will return in greater numbers, so Wizards clearly isn’t retiring the fan favorite MTG mechanic after The Brothers’ War. Mark Rosewater even notes that cards with three Meld components are “a possibility.” While Melding one of these creatures would be even more of a logistical challenge, this effect would undoubtedly be awesome. The only question is, would this mega Melded creature “be long or wide?”