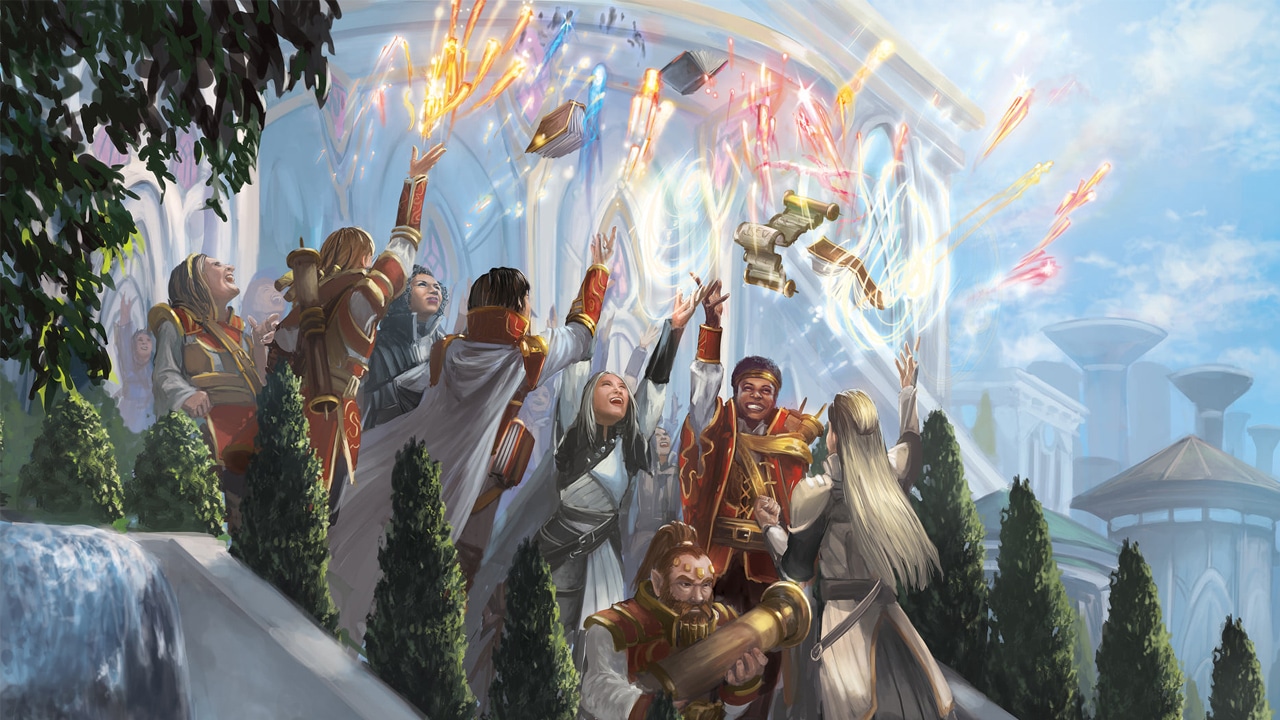 Over the weekend, Wizards of the Coast hosted the much-anticipated Magic 30 in Las Vegas. As the name implies, this supposedly spectacular event was supposed to celebrate Magic: the Gathering’s 30th Anniversary in style. Unfortunately for Wizards and attendees alike, however, the event quickly drew the community’s ire. Even before the event officially got underway, many players were vehemently against the rather steep pricing of the event. These concerns were only exacerbated when Wizards started giving away $1000 of packs to Black Lotus VIP ticket holders. Despite the event’s cost, many players were still excited about the events and the reveals that were set to unfold. Unfortunately, however, attendees were quick to find out that the event’s organization left much to be desired.

A Celebration in Shambles

Hopes may have been high going into the event, but it didn’t take long before horror stories started to emerge about Magic 30. Seemingly moments after attendees arrived at the event and the initial hype died down, the complaints began to roll in. On Reddit, fans who had spent upwards of $750 to attend Magic 30 didn’t hold back in criticizing the event. Reddit user u/TheMagicMana, for instance, was quick to point out that Magic 30’s limited space wasn’t best optimized. Ahead of the event, warnings set to players suggested that Magic 30 was going to be chockablock with content. So much so, in fact, that players should preemptively hand over the cash and pre-register for events. In reality, however, u/TheMagicMana demonstrated that there were a lot of empty tables and wasted space.

As you might expect, MTG players weren’t too happy about this and quickly took to memeing on the situation to ease the sting of the disappointment. Thankfully, all this wasted space wasn’t left collecting dust for too long. Shortly after the controversial sight of empty tables did the rounds on Reddit, Brian Kibbler noted changes had been implemented. Mercifully, some of the Command Zone’s cornered-off areas had been opened up for free play. Unfortunately, while free play had been opened up, it appeared that official events left something to be desired. Reddit user u/symphonia117, for instance, damningly complained that “my friend only got to play a single game in all his events due to how disorganized MTG 30 is.”

A String of Complaints

With a litany of issues supposedly affecting players, the complaints about Magic 30 didn’t end there. Many players, for instance, were upset at the surprising secrecy of Magic 30’s Limited Edition Beta Draft. With sealed boxes of Beta reportedly selling for over $100,000, it’s no wonder this event was heavily anticipated. Despite the fanfare surrounding it, Wizards was neglectful about broadcasting and promoting the event. Subsequently, players were left to rely on a savvy Reddit user in the know to provide a link to the Livestream.

Alongside the concerns about this seemingly missing draft, players were also upset about the wait times that some activities had. Reddit user u/Binky92 noted, for instance, there was a “1-2 hour wait to get your cards signed by 1 of the 18 artists at MTG 30.” As nice as signed cards are, waiting in line isn’t necessarily how players want to spend their time at Magic 30. As user u/QuBingJianShen pointed out, however, this type of delay “couldn’t really be helped. … This is just an equation of [the] number of people who wants something signed and [the] number of artists.”

As if the hour-long queues weren’t bad enough, many event attendees took to Reddit to complain about being kicked out from Magic 30. User u/TannaTimbers claimed, for instance, that Wizards “kicked everyone out at 7 pm, and people with 8/9 pm events have to wait outside at Magic 30.” Reportedly only being told “the floor is closed” when being made to leave, this occurrence understandably infuriated many MTG fans. Similarly, user u/TheNecrophobe complained about having their premium event ended early “due to time and space constraints.”

Thankfully, while the organization of the event may have left something to be desired, Magic 30 wasn’t all bad news. First and foremost, attendees admired a litany of spoilers for The Brothers’ War and its Retro Artifact series. This revealed tremendously exciting new cards and reprints such as Saheeli, Filigree Master, and Mishra’s Bauble. For better or worse, Mishra’s Bauble is such a powerful reprint that it has already been banned in Historic. Thankfully, Wizards have confirmed that this will be the only Retro Artifact card receiving a preemptive ban.

Alongside the countless spoilers that players have to enjoy and digest, Magic 30 also featured a digital celebration. On MTG Arena, players could access the “Magic 30: Mixed-Up Premier Draft Event.” While initially, some players weren’t happy about this event being ranked, that consensus quickly changed once people started to play. Utilizing packs comprising cards from throughout Magic’s history, the Magic 30 Draft event was lauded as an incredible amount of fun. Subsequently, many MTG Arena players couldn’t get enough of the event and the compelling rewards that it offered to players.

Read More: One of the Most Requested Cards is Finally Coming to MTG Arena!