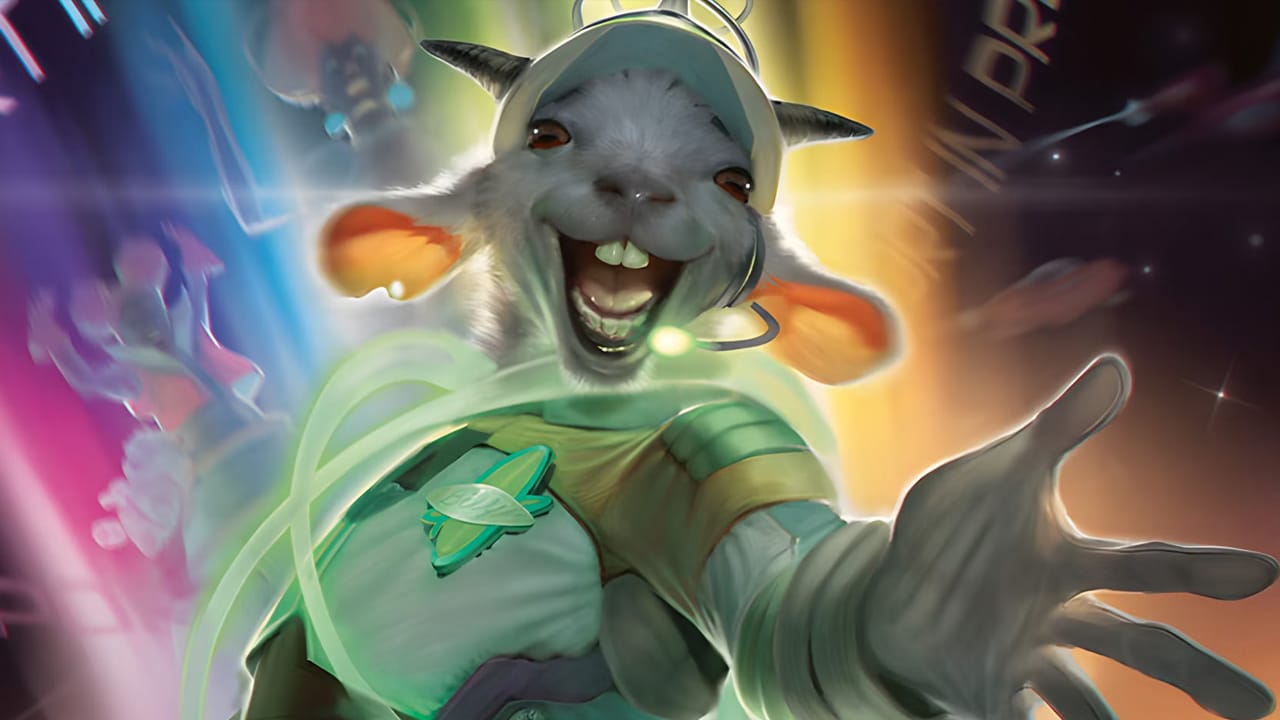 Thanks to the increasing prevalence of tokens, complexity creep in Magic: the Gathering has been on the rise. For better or worse, MTG’s latest set, Unfinity, is primed to make things worse. With Stickers and Attractions, Unfinity may push Magic to a point where players need four decks for a single game. As if that wasn’t bad enough, Unfinity Draft is even more of a logistical nightmare for MTG players. To accommodate all of Unfinity’s wacky Acorn cards, MTG players essentially need to bring an entire bag full of goodies to maximize their chances of success.

While absolutely terrible from a logistical accessibility perspective, there is a point to all this complexity; it’s fun. With a litany of exciting and entertaining Acorn cards, we’d say that Unfinity is absolutely going to achieve this goal. It just might cause a few problems while doing so, however. Thankfully, to try and mitigate some of the confusion surrounding all this complexity, we’ve written up a comprehensive list of what you need to bring to an MTG Unfinity Draft. So, without any further ado, let’s get into the list of everything you need to play a game of Unfinity!

Since Unfinity is a set that’s only draftable on paper, we’re hoping this list item would be apparent. After all, we doubt you’d be allowed into your LGS if you arrive stark naked. While some clothing is nonoptional, Unfinity players may want to be selective in their choice of apparel. This is thanks to several Unfinity cards caring about what clothes you’re wearing during your game. Hat Trick, for instance, can give Triple Strike if you and your creature are both wearing a hat. Similarly, The Big Top cares about the colors on your top, so make sure you wear something colorful. Additionally, you’ll also need to bring some “Magic-branded” clothing to appease Souvenir T-Shirt. Thankfully, Souvenir T-Shirt doesn’t state the clothing needs to be officially licensed, so maybe tape a card to your chest and call it a day.

Once again, we should hope that having to bring cards to a Magic: the Gathering game is an obvious requirement. Admittedly, however, this isn’t always the case for Limited Drafts. Nevertheless, it’s usually prudent to bring a token or twenty, just in case you don’t pull them from packs. For MTG Unfinity Draft, you’ll, unfortunately, need to get a lot more than just a few tokens. Opening Ceremony, for instance, requires you to bring an unopened Magic booster pack. Thankfully since you’ll likely be playing Unfinity at your LGS, these shouldn’t be hard to come by, so long as you don’t mind financing the opening ceremony.

Alongside a booster pack that you might actually want to open, you should also bring some cards you don’t want to play with to an MTG Unfinity Draft. Thanks to Knife and Death and Dart Throw, you may be throwing cards onto the battlefield. Since you’re haphazardly throwing cards from three feet away, this may cause damage to whichever cards you’re throwing. Subsequently, we recommend bringing the cheapest and least cared about cards in your collection. You could even bring oversized cards if you want to be really cheeky. However, this may cause a few complaints.

As if you didn’t already have to bring enough, Greatest Show in the Multiverse mandates you bring five differently named Instants or Sorceries from the same artist. Since you get to cast three of these cards for free, we’d suggest you bring something powerful like Time Stretch. Thanks to Surprise Party, it’s also recommended to bring several Clown Robot tokens that you can sneak onto the battlefield. If you want to become a master at cheating with Surprise Party, we’ve got a guide for just that!

In somewhat of a running theme, you may already be bringing these items to every MTG game. Unfinity, however, makes these items a lot more essential thanks to cards like D00-DL and Caricaturist. After entering the battlefield, D00-DL, Caricaturist, tasks you with sketching your own creature token, so you’ll naturally need the art materials to do that. Since you’ve only got limited time, we’d suggest a pencil or pen would do the trick. Technically, however, nothing is stopping you from whipping out an easel and some paints. Additionally, Squirrel Stack may require you to bring a lot more dice than usual to an MTG Draft. For better or worse, Squirrel Stack doesn’t specify what dice you need to use, so by all means, get creative.

While playing Magic: the Gathering is not mandatory, we imagine many players already have their smartphones on them. In Unfinity, however, having a smartphone is compulsory if you want to get the most out of the game. Mobile Clone, for instance, will have your phone literally entering the battlefield as an overly complex clone token. You’ll also need to use your phone in Unfinity for Photo Op, which is one of our favorite and potentially most problematic cards in the set. A smartphone can also pull double duty as a timer for cards like Trivia Contest.

As if Knife and Death and Dart Throw didn’t already have you bringing enough, these cards also require you to bring a measuring tape to MTG Unfinity Draft events. Since Unfinity Draft is a casual format, rules lawyers probably aren’t going to be up in arms over you throwing a card from only 2.9 feet away. However, it’s better to be safe than sorry. Having a measuring tape on hand will also let you measure cards for Bar Entry with greater precision.

If you ask us, snacks are essential to any MTG game, and snack choice is always important. As tasty as they can be, you don’t want a snack that’s too messy, for instance, as you don’t taint your cards with an oily smudge or fill your sleeves with crumbs. While previously snacks have been an option inclusion to an MTG game, Unfinity makes them almost mandatory. Through Pie-Eating Contest, Wizards of the Coast actively encourage you to get snacking since each Gobble increases the power of the spell. Thankfully, to save players from themselves, Mark Rosewater has confirmed that “a small bite is fine,” so you don’t need to gorge yourself. Nevertheless, it’s probably advisable to bring a somewhat healthy snack. Alternatively, you can choose to bring an advent calendar to also get the most out of Super-Duper Lost.

With Pietra, Crafter of Clowns requiring you to make someone laugh, you better arrive at an MTG Unfinity Draft event with some good comedy material. Since you need a new joke for every Clown Robot token you want to make with Pietra, Crafter of Clowns, we’d suggest bringing some of your finest jokes written down unless you’ve got an impeccable memory. Technically, you don’t need to tell good jokes, as even truly awful jokes, you still make the 1/1 token. If you want that token to have haste, however, you’ll need to make the person you’re telling the joke laugh.

Just a Whole Bunch of Stuff

Since Mark Rosewater has ruled out prosthetic limbs, it’s advised to bring a friend along to MTG Unfinty Draft events. This is thanks to A Real Handful which gets more powerful when more hands touch it. With three hands required for maximum effectiveness, A Read Handful is best played when you’ve got some hands to spare. Unless you’re up to the difficult task of convincing your opponent to further their own demise, it’s probably best to bring someone else along to touch A Real Handful along with you. Having someone you can rely on outside the game will also be helpful for Gobsmacked.

A Complex Setup of Mirrors

Everything You Need to Bring

To make sure that you’ve got everything for your MTG Unfinity Draft, here’s our comprehensive list of everything you need come game day: