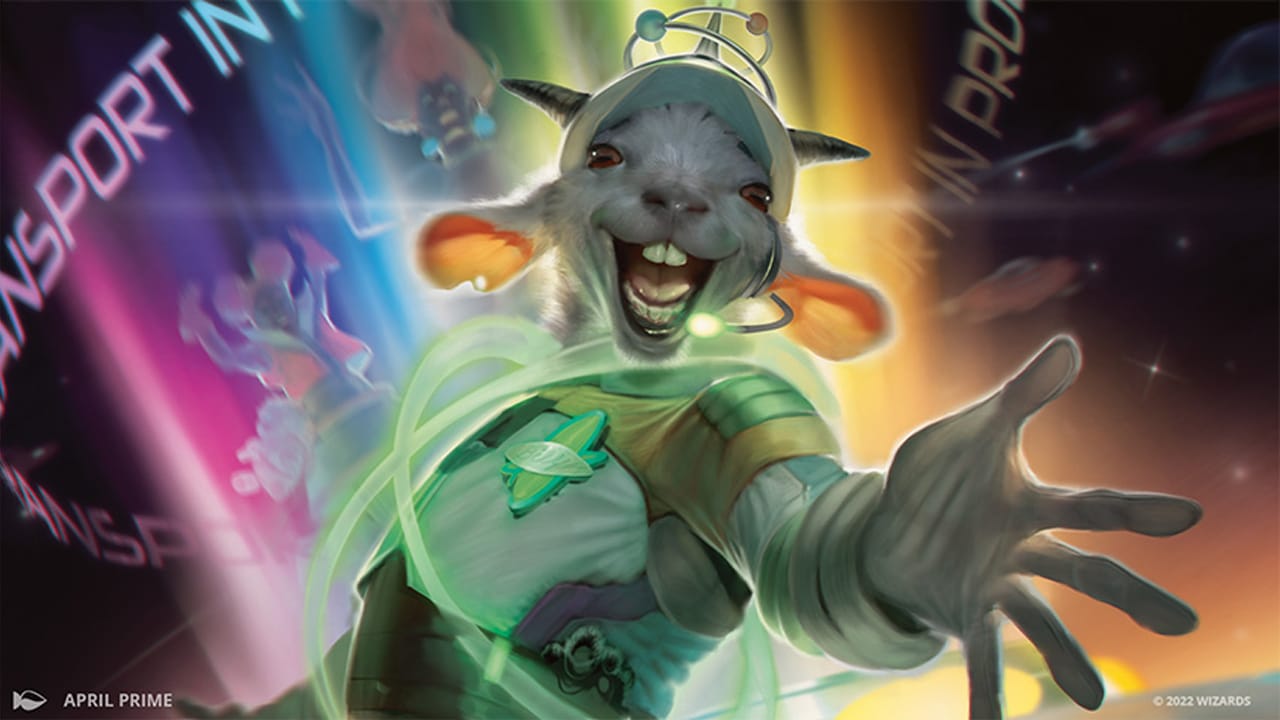 Magic’s Lead Designer Has Laid Down the Law on Stickers!

Since their reveal during Mark Rosewater’s San Diego ComicCon panel, Stickers have been a comically controversial topic. Some reservations are expected as one of Magic’s strangest new Eternal legal mechanics. However, it seems that players are still determined to complain no matter how often the mechanic is explained. This has left Magic’s Lead Designer, Mark Rosewater, answering no end of Sticker based questions over on Blogatog.

Due to the concerns over Stickers, it seems that not a day goes past when Mark Rosewater isn’t answering questions about the mechanic. Despite being asked countless times, we still see players lamenting the problems of putting Stickers on an opponent’s cards. Each time it’s asked, Rosewater wheels out the same tired response; “you can only Sticker the cards you own.” No matter how many times that is stated, however, players can’t seem to stop complaining.

Many of these complaints begrudge the very existence of Stickers, often wishing that they were a silver-bordered mechanic instead. For better or worse, the fact that Stickers are Eternal legal won’t be changing anytime soon. That hasn’t stopped players from concocting their own solutions, however. One such solution is the idea of “opt-out” mechanics, which would allow players to avoid some of Magic’s more controversial inclusions.

This suggestion was recently pitched to Mark Rosewater via Blogatog. However, Rosewater wasn’t having it. In a devastating and longwinded response, Rosewater detailed the fundamental problem with this approach and ultimately why it wouldn’t work. After emphatically stating that opt-in/opt-out “can’t work” Rosewater explained that the main problem with this approach is that it “presumes that players all want certain things, and are equally hesitant about the same things that they would prefer to opt-in to. But that’s not how the Magic audience actually functions.”

Rather than being a unified hivemind that unequivocally wants to be rid of Stickers, Rosewater knows that Magic’s community is made of unique individuals. This means that “each player has their own list of what they want in the game and what they don’t.” Since those lists are specific to each player, creating an all-encompassing inventory of opt-in or out mechanics would be a ridiculous task. Essentially, every mechanic in Magic would be featured on that opt-in or out list.

Demonstrating this point, Rosewater reeled off only some of the mechanics he’s had requests to remove as Magic’s Lead Designer. “Violent imagery, land destruction, black cards, fairy tale references, anything using counters, double-faced cards, counterspells, hybrid mana, outside play aids, stealing effects, humanoid animals, other IPs, discard, anything creating tokens, skeletons, cards that are humorous in nature, copying effects, anything “modern,” cards accessing cards outside the game/from the sideboard.” With so many simple mechanics on this list, we wouldn’t be surprised to learn that the complete list just had every mechanic in Magic on it.

Despite the shortcomings of a true opt-in or out list from Wizards, Magic already operates on a similar basis. After all, Magic is inherently a customizable game, which you decide how you want to play. “The key to our success is to offer lots of different things and let the audience pick and choose which parts they want to partake in,” Rosewater notes. While this freedom means you’ll occasionally play against something you don’t like, this shouldn’t be the end of the world. In Rosewater’s words, “you get to experience what makes other players happy. Maybe you’ll come to realize it’s not as bad as you imagined.”

As counterintuitive as it might seem, Rosewater attests that making an opt-in list to keep people safe isn’t Wizards’ problem. “It’s not our job to keep people from being exposed to things they hate, but others love,” Rosewater explained. “It’s our job to provide a wide range of gaming options and let the players sort out which pieces they want to interact with.”

Players have many easy solutions to keep themselves away from the super scary bad time mechanics. For example, players have control over which formats they play, where they play, and who they play with. To avoid Stickers or any other hated mechanic, players can easily ask their group not to use them. This is far easier than creating an entirely new format that avoids choice mechanics.

To end their post, Rosewater states, “‘please force players to have to ask my permission if they can play what they want to play’ is a recipe for disaster.”