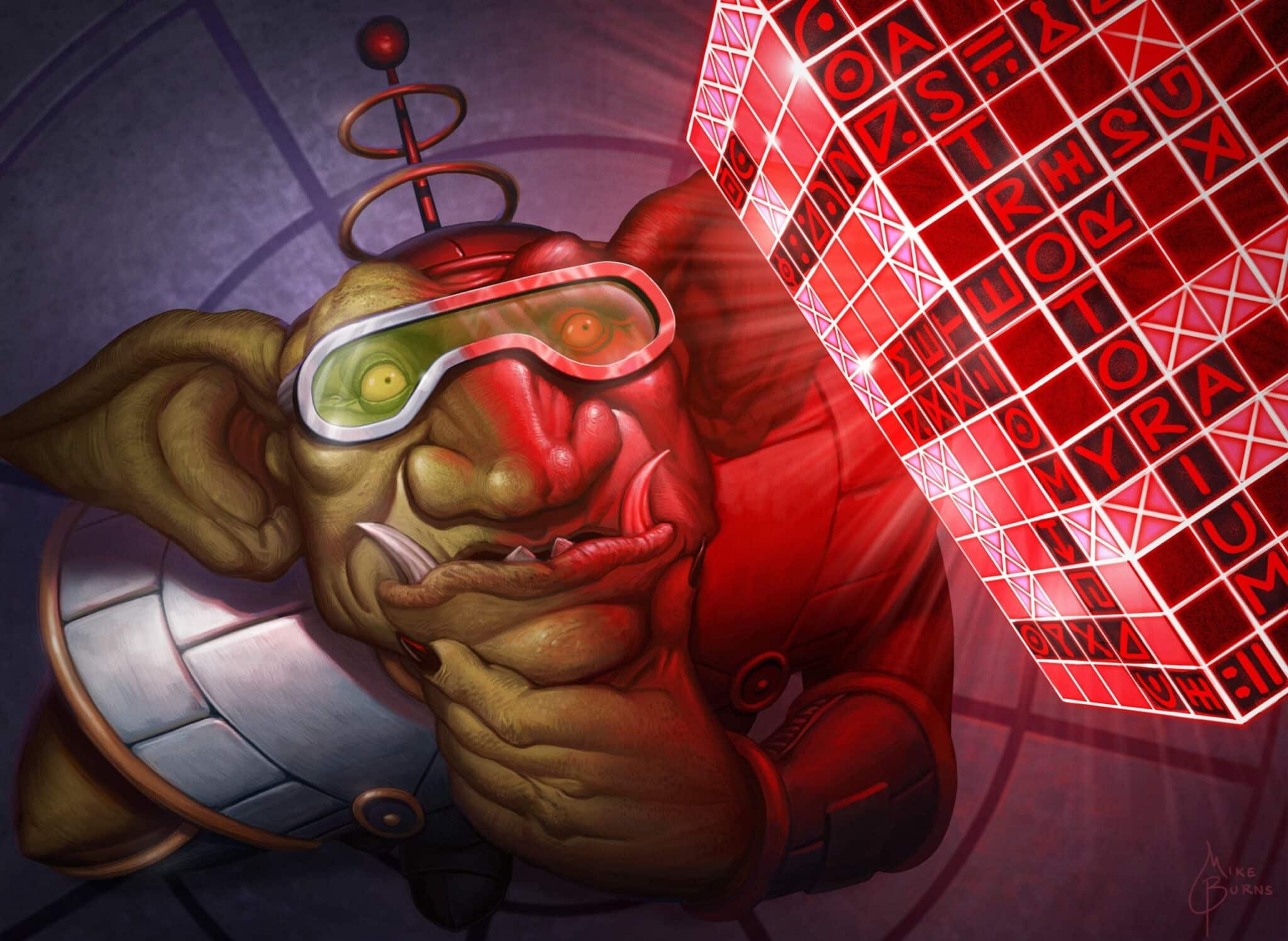 Dominate Your Unfinity Drafts with This Cheating Guide!

Some of the most powerful cards in all of MTG involve cheating. This may seem obvious to some, but there are some cards in MTG’s silly Un-Sets that actively encourage the player to cheat. Cheatyface started this trend, potentially the most potent MTG card to ever grace the corner cases of this game. This prompted the trend of sneaking cards into play that Unfinity’s new MTG Surprise Party has continued. As a result, here we will look at a history of MTG’s cheating mechanics and how to best cheat cards into play.

With Cheatyface’s existence comes some of the most incredible Commander stories in the history of the community. My favorite one comes from a Reddit post that I saw somewhere. Here’s how it goes:

An EDH pod decides to sit down and play a game of Commander with no ban list – every card in the game was fair use. After getting their decks ready, they all sit down at the table. One player after another begin going for their combo wins on turns one and two, for each player’s combo to get denied. This is except for one player who showed up to the table with an entirely proxied deck that runs strictly disruption and no win conditions.

It’s clear that, after a few turns go by, the proxied deck is way ahead but has no way to close the game. Some of the other players start asking how the heck they’re supposed to win the game. In response, the player begins pulling the proxied cards out of their sleeves, revealing all of the Cheatyfaces hidden beneath them. It turns out that this player had been buying copies of Cheatyface en masse ever since their playgroup agreed to these rules. They swung in and took the game.

Hiding in a Sleeve

This gets me to the best way to hide Cheatyfaces or Clown Robot tokens from Surprise Party: hide them in your sleeves. It will be really difficult for your opponent to see you cheating in your Clown Robot tokens unless they know that they’re there ahead of time. This, obviously, is the fault of your strategy. This hiding spot will likely only work once per set at the absolute maximum. Depending on how much of a ruckus your play makes, it may only work once for the whole draft. As a result, having this as your plan A is definitely a strong one, but you will need more strategies to end the game with Surprise Party consistently.

Players aren’t going to know what draft cards do a lot of the time. This is even more true in a wacky draft like Unfinity that is not available to online clients. Use this to your advantage and hide your cards under your opponent’s! While reading the card, try to sneak a token into their sleeve or under their card. While they are watching your cards, it’s very unlikely they will be watching their own. Surprise Party states that you need to sneak your Clown Robot tokens onto the battlefield, but it doesn’t state where they need to be on the battlefield.

Have an “Attraction” Deck

You need at least three Attractions to have an Attraction deck in Limited, but the upper limit doesn’t exist. The only catch with this particular strategy is that Surprise Party does state that your Clown Robots need to be on the battlefield. The best way, in my opinion, to pull this cheat off, as a result, is as follows:

Now is the important time to bring up that copies of Clown Robot tokens you cheat in cannot be touching each other. If you have a stack of them, you will only get one off Surprise Party as a result. The remedy to this is to simply hide one under every stack in play. There’s going to be some sketchy bits here since those zones may not be your battlefield, but we’re trying to cheat here.

If you have a lot of cards that create tokens, chances are you won’t have all the tokens that these cards represent. You can instead use upside-down Robot Clown tokens to represent these tokens you’re ‘missing.’ (Same goes for Cheatyface) Once Surprise Party enters the battlefield, yell ‘Surprise!’ and flip over all the tokens at once! You may need to find other tokens to represent your food and whatnot, but it’s worth it.

Play With a Messy Battlefield

Once your opponents start catching on to your antics, you’ll have to start drawing up inconsistent ways to get your tokens on the battlefield. If you’re like me, you keep a pretty messy playmat. Deck boxes, dice bags, and the like tend to litter my play area a bit. While this is simply due to my playmat being absolutely massive, you can use this to your advantage when trying to cheat! Hide Robot Clowns under your accessories and the like to have more options when you shout ‘surprise!’ A playmat like the one above should give ample space to hide your Clown Robot tokens.

Hide them Under Your Playmat

Perhaps the other way to hide mass amounts of tokens is to keep them under your playmat. Redditors trying to break Surprise Party came up with this method pretty quickly, allowing you to flip your playmat over while yelling ‘surprise!’ You should be able to hide enough under there to win the game on the spot, but, once again, this method is only likely to work once, so use it wisely.

Read More: The List is Getting a Weird Twist for Unfinity

Should a store, for whatever reason, have a sanctioned Unfinity draft with a judge, use it to your advantage and start hiding Clown Robot tokens after calling a judge over to discuss a pointless question. That said, I don’t think this will be an option for most people. You could, however, call over your tournament organizer for a rule clarification instead.

Use Card Effects to Assist You

Un-Set cards all have pretty wacky effects. Some of them will direct your opponent’s attention elsewhere. Use these cards to sneak in some Robot Clown tokens across the battlefield and hope your opponent doesn’t notice!

The commonality of all these cards is that you must sneak them onto the battlefield. Entirely Normal Armchair is a pretty hilarious effect that can destroy any attacking creature for two mana as long as your opponent doesn’t see it right away.

This one isn’t really cheating, but it is a great way to get a creature into play for free. Even if your opponent knows about this one, Masterful Ninja can’t really be stopped.

In reality, if you want to successfully end the game with a Surprise Party cast every time, you should have all of these methods prepared from the start. From that point, only reveal what you need to win the game. I would reveal cards in sleeves first because this is the most obvious place to hide your tokens. From that point, try to save your most creative options for as long as possible. The ironic thing is that, in writing this, I may no longer have the opportunity to cheat in Robot Clowns. My playgroup tends to read this, so they may be prepared for any antics I try. Not to worry! I will live through all the successful surprises that this article should hopefully create. Oh yeah, and if you really want to go all-in on this, you may want to pick up some Robot Clown tokens.