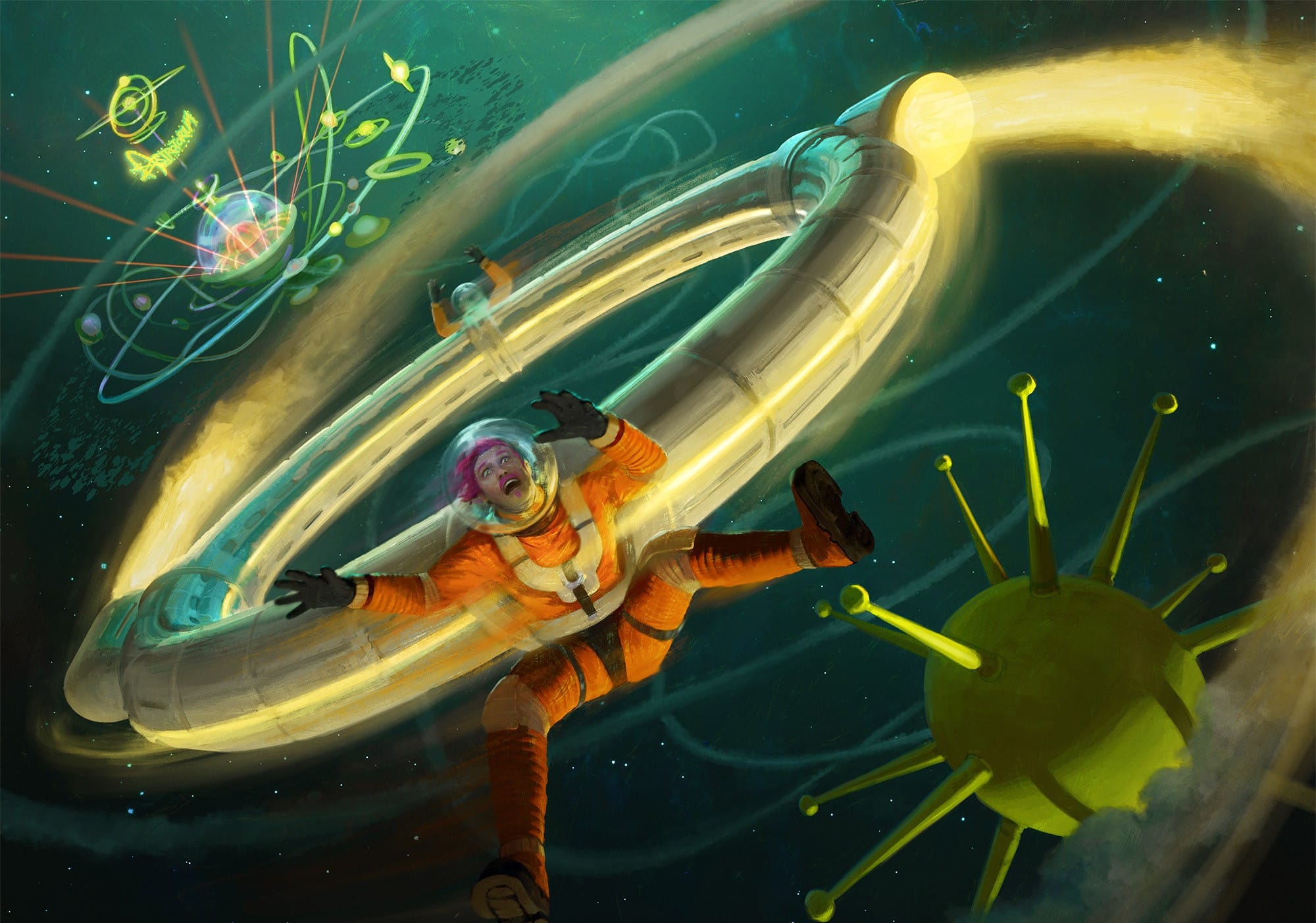 MTG players sometimes write off the Un-sets because they do not affect real MTG play. Besides beautiful full-art lands that go for quite a price tag, players adored the wacky draft format that Un-sets create, but that’s as far as it went. Unfinity, as many MTG players now know, is a bit different. Some of these cards will be Eternal Legal, introducing a bunch of new wacky things for Commander. Among them is a new card type that will be Eternal Legal! Here is our first look at MTG Attractions!

How to they Work?

Any attractions you have in play will trigger at the beginning of your first Main Phase. This will happen simultaneously when a Saga is triggered like Urza’s Saga. Visit will make you roll a D6. If the number you roll is lit up on an Attraction that is in play, you get to visit it and trigger whatever ability it has. In this case, to visit the first Centrifuge, you would need to roll a three or a six, while the other one needs a four or a six. A six will visit every Attraction in the game, while a one will fail to visit every Attraction in the game.

With this mindset, it’s easy to see that the Centrifuge is pretty difficult to trigger. The ability on this card is quite powerful, so this makes a bit of sense. There are weaker Attractions in Unfinity that are much easier to visit.

How to Play Attractions

As mentioned before, Attractions form a new deck type available in MTG, much like Contraptions did from past Un-sets, but these are also Eternal Legal. To play an Attraction from your Attraction deck, you need to play a card that opens an Attraction. “Lifetime” Pass Holder pictured above is an example of an Eternal Legal card that does this.

Once you open an Attraction, you draw the top card of your Attraction deck and put it into play. Note that Attractions do not have a mana value, so they cannot be cast in any way. All Attractions are artifacts when they enter the battlefield, so players do not have to worry about them acting like a Planeswalker Emblem that can’t be destroyed.

Read More: Everything you Need to Know About MTG’s Unfinity!

‘Dice matters’ is an archetype that Commander players have wanted to work for a really long time. Each of these Attractions will have you rolling a die on every one of your turns. Additionally, as demonstrated by the spoilers in this article, ‘Dice matters’ will get a lot of support with cards that work alongside Attractions. Myra, the Magnificent, the owner of the whole show that Unfinity is based on, looks to be a fantastic potential Commander for anyone wanting to build a deck around dice rolling. For those who have been trying to develop a dice-rolling Commander deck, your wait may finally be over when Unfinity comes to shelves on October seventh.

Looking to see more of this for yourself? Feel free to check out this article and MTG’s Twitter account, where all this sweet stuff was previewed.