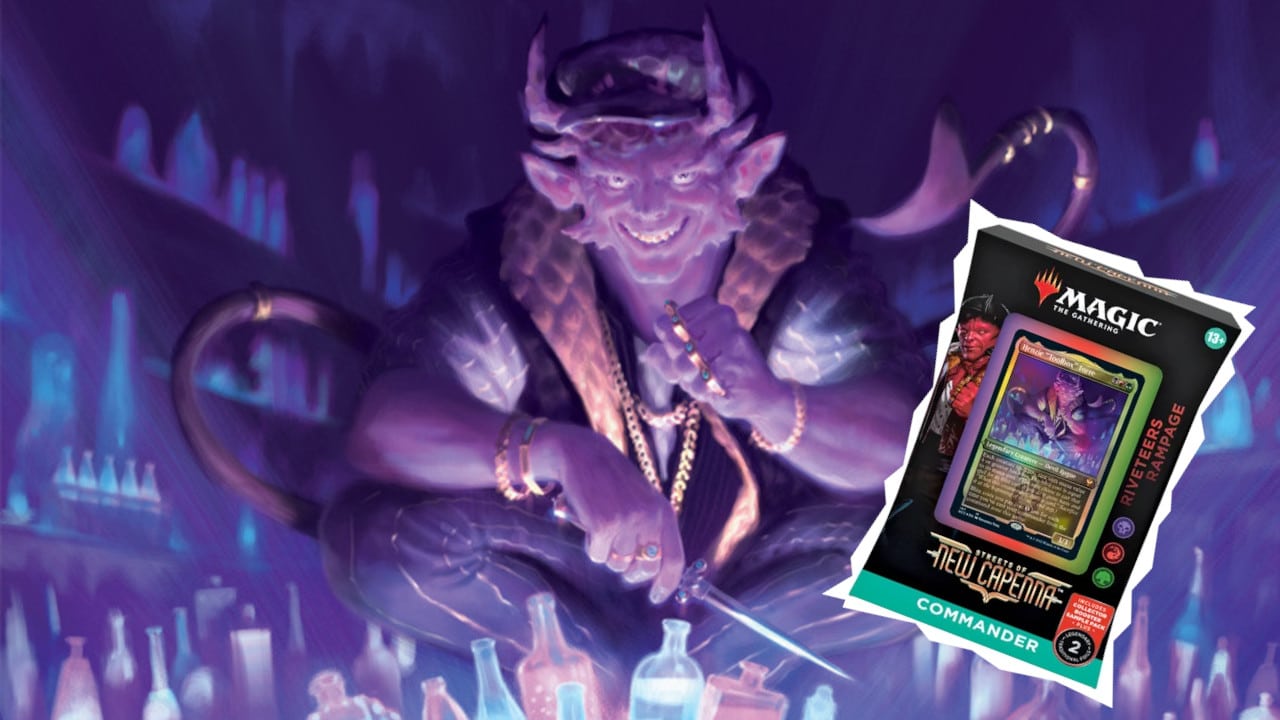 Riveteer Rampage is a black, red, and green Commander deck released alongside Streets of New Capenna. It revolves around the new mechanic, blitz, which plays creatures with powerful attack abilities and death triggers. The deck contains many new-to-Commander exclusive cards, plus several much-needed reprints.

Many cards in Riveteer Rampage are desired by other Commander decks. But you don’t have to buy the entire Riveteer Rampage deck to get them. You can just get single cards instead, and I’ve rounded up the best of them for you in this article.

Plenty of new-to-Commander cards from Riveteer Rampage will make their way into other Commander archetypes and decks.

Rain of Riches is one of the strongest cards from New Capenna Commander and it will be used by a variety of decks, like Galazeth Prismari and Proper, Tome-Bound.

Cascading whenever you use a Treasure token for mana is such a powerful effect with an easy condition to satisfy. But Rain of Riches gets even better when you consider Wizards of the Coast keeps printing new Treasure support like Bootleggers’ Stash and Professional Face-Breaker Cascade is a busted mechanic in Magic: the Gathering.

Treasure tokens went from being a new form of mana ramp to a full-blown MTG archetype. Jolene, Plunder Queen, is a worthy inclusion in any Treasure but you can also build a Commander deck around her.

Protection Racket is a peculiar form of card advantage, kind of like a reverse Dark Confidant. In Commander, you’ll reveal a card to each opponent and they have a decision to make. Either you draw the card or they take damage equal to its mana value.

Avenger of Zendikar has long been a Commander staple and thus needs periodic reprints or else it gets expensive.

This card is a one-card army, sprouting a garden of Plant tokens and growing them with +1/+1 counters. This Elemental makes an excellent top of the curve threat in many decks, but it is particularly useful in decks with other land synergies, such as Titania, Protector of Argoth, Omnath, Locus of Creation, and Lord Windgrace to name a few.

Temur Sabertooth facilitates many infinite combos in Magic: the Gathering, but these days it is most known for making infinite mana with Dockside Extortionist. For being such a popular and useful combo piece, WOTC has printed Temur Sabertooth very few times, making its appearance in Riveteers Rampage much appreciated.

Filter Lands like Twilight Mire are always useful in Commander decks. But Twilight Mire is most prominently used in Modern’s Yawgmoth Combo deck. Because of this, Twilight Mire was about $12.00. But thanks to its reprint in Riveteers Rampage, it is now available for about $6.00.