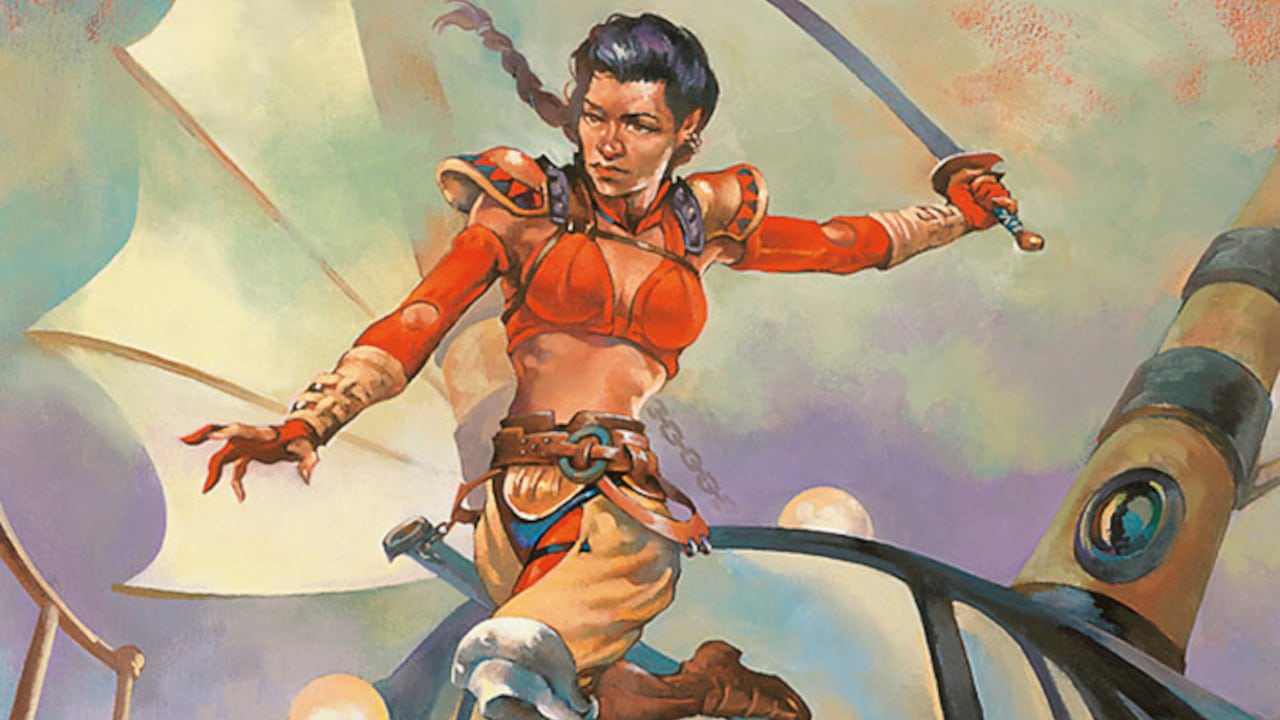 You Can't Make a Commander Deck More Legendary Than This

Captain Sisay is a legendary deck, literally! It is jam-packed with legendary creatures, lands, planeswalkers, and more. And Sisay has the ability to search for whatever legendary card you need. In this way, the deck performs like a toolbox, in that you can always find the right tool for the job. She can even tutor for infinite combos!

This was the first Commander deck I built, so I absolutely love Captain Sisay. The biggest appeal to building a Sisay deck, in my opinion, is that she constantly gets new upgrades. Wizards of the Coast won’t stop printing legendary cards any time soon. Therefore, Captain Sisay is constantly evolving and becoming more powerful.

There are so many legendary cards in Magic: the Gathering that it’s hard to pick which ones to play with Sisay. She’s extremely efficient at finding combo pieces. But she can also search your deck for a variety of “prison” cards that can lock your opponents out of the game.

Make the Most Out of Sisay

Before I can get into all the cool cards Sisay can find in your deck, let’s first observe a few cards that make Sisay even more efficient.

Attaching Lightning Greaves to Sisay protects her from target removal spells and allows you to use her ability on the same turn she enters the battlefield. Thousand-Year Elixir is another way of getting around Captain Sisay’s summoning sickness and enables you to use her ability twice a turn. And Illusionist’s Bracers doubles Sisay’s ability, allowing you to find two legendary cards for every activation.

Let’s look at some of the biggest legendary cards Sisay can find that will turn the tides of a game as soon as they hit the battlefield.

Slam an Elesh Norn on the table and any opponent playing small creature strategies will hate life. Elesh will kill all your opponents’ mana dorks and prevent them from playing future small creatures.

With The Great Henge on the battlefield, you’ll churn through your deck rapidly. This legendary artifact does a bit of everything. It makes mana, gains life, makes your creatures bigger, and draws you a ton of cards.

I love the fact that Sisay can tutor your deck for a board wipe. Urza’s Ruinous blast is a legendary sorcery from Dominaria that can exile all nonland permanents that aren’t legendary. While this will often decimate your opponents’ boards, yours will be left largely in tact.

You can even use Sisay to find a legendary version of Genesis Wave. Kamahl’s Druidic Vow will litter your field with legendary permanents from the top of your library.

Building a Legendary Prison For Your Opponents

Prison (or “Stax”) strategies in MTG attempt to deprive opponents of their resources, slow down the game, and lock your opponents out of playing.

Linvala prevents your opponents’ from using their mana dorks like Llanowar Elves and stops the activated abilities of opposing commanders. Yasharn cuts off everyone’s access to fetch lands such as Scalding Tarn and other popular Commander cards like Bolas’s Citadel. And Kataki taxes anyone playing too many artifacts.

Hokori is a Winter Orb on a creature that Sisay can tutor for, slowing the game down to a standstill. Dosan the Falling Leaf is a good way of ensuring your combos resolve on your turn. And Thalia, Heretic Cathar, slows your opponents’ mana bases down, clears the way for attacks, and stops many infinite creature combos such as Kiki-Jiki, Mirror Breaker + Zealous Conscripts.

If you have Sisay on the field, you’ll never have to worry about missing your land drops. There are plenty of legendary lands in MTG that you can search for. And some of them have extremely unique and useful abilities.

Nykthos generates absurd amounts of mana to fuel your legendary plays. Hall of the Bandit Lord is yet another way to get rid of Sisay’s summoning sickness. And Yavimaya Hollow can prevent Sisay from being destroyed.

Kor Haven is useful against Voltron or stompy strategies as it can prevent all combat damage a creature would deal. Hall of Heliod’s Generosity can get back key enchantments such as Growing Rites of Itlimoc or Carpet of Flowers. And if you can afford the extremely expensive Reserved List card, Gaea’s Cradle makes epic amounts of mana.

Read More: Kamigawa Raising More Commander Prices! Did You Get Your Copies?

There are plenty of infinite combos possible in the green-white color combination, but I like this one because, in addition to making infinite mana, you can also tutor every legendary permanent out of your deck.

As long as you have the necessary mana, Emiel can repeatedly exile your creatures and return them to the battlefield (a.k.a “blinking” in MTG). If you use this ability to target Village Bell-Ringer, you can untap all creatures you control.

To fuel this combo infinitely and make infinite mana, you’ll need creatures that can make more mana than the cost of Emiel’s activated ability. This can be done with mana dorks like Arbor Elf or Elvish Mystic. But you can also use Sisay to tutor for Ashaya, Soul of the Wild, which effectively turns all of your creatures into mana dorks.

The best part about this combo is that Village Bell-Ringer will continuously untap Sisay in the process. You can use Sisay in between each of Emiel’s activations to tutor your library for every legendary card. And you’ll have the mana to play them too!

The new legendary lands from Neon Dynasty work well in pretty much any EDH deck. They come into play untapped. Or you can use their channel abilities from your hand for some devastating effects.

But in a Captain Sisay deck, Boseiju, Who Endures, and Eiganjo, Seat of the Empire, are even better than normal. Sisay can search your deck for both lands and add them to your hand for immediate access to their channel abilities.

Drumbellower is another interesting addition to the deck, as it can untap Captain Sisay during your opponents’ turns, giving you extra activations of her ability.

Read More: Is This the Most Fun or Most HATED Commander in MTG?