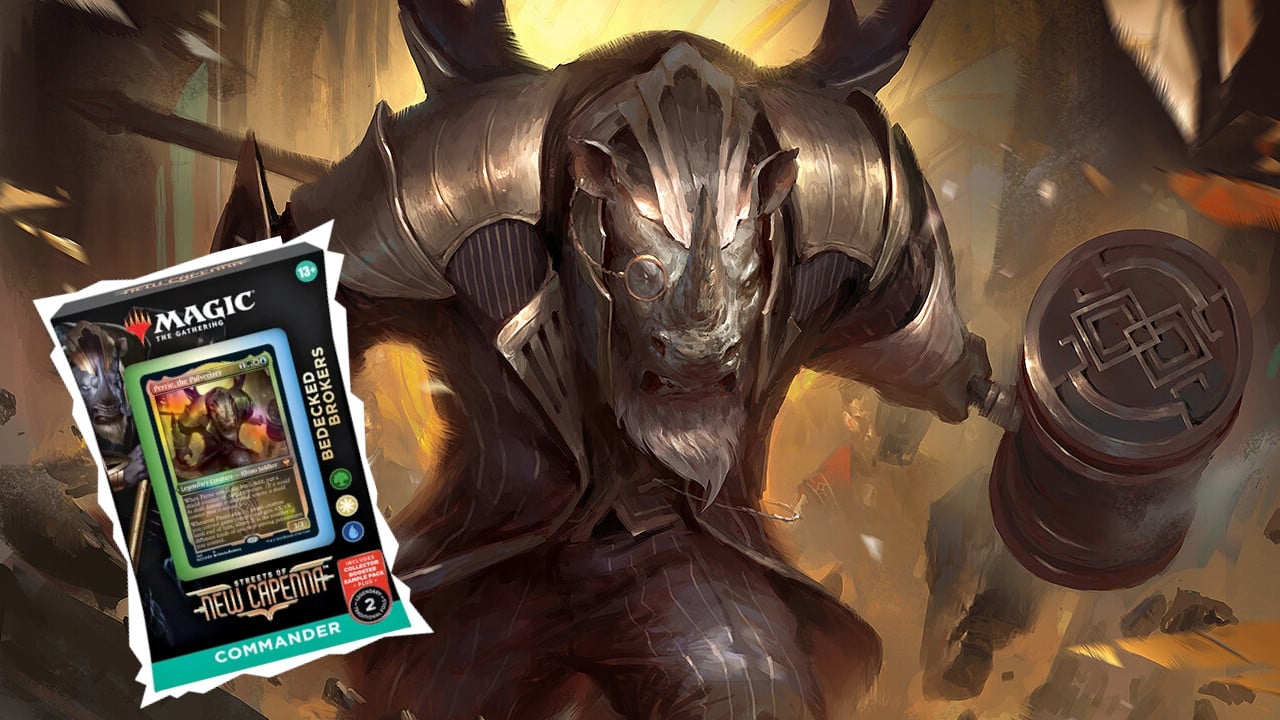 Many cards in Bedecked Brokers are desired by other Commander decks. But you don’t have to buy the entire Bedecked Brokers deck to get them. You can just get single cards instead, and I’ve rounded up the best of them for you in this article.

Quite a few of Bedecked Broker‘s new-to-Commander cards will show up in a variety of other Commander decks.

In any deck that puts counters on its creatures, Damning Verdict is basically a one-sided board wipe. This will work great in Commander decks like Falco Spara, Pactweaver, Atraxa, Praetor’s Voice, and Kathril, Aspect Warper.

There are so many different types of counters that exist in Magic: the Gathering, and for each one you have on your battlefield when you cast Storm of Forms, you make that many copies of the spell.

The most common types of counters are +1/+1 on your creatures. But since Ikoria, WOTC started using more keyword counters. And they keep inventing new counters like shield counters in New Capenna.

If you use a wide variety of counters in your Commander deck, you can easily copy Storm of Forms 5-6 times.

Thank goodness Wizards of the Coast reprinted Devoted Druid in this deck. The day Luxior, Giada’s Gift was revealed, players realized the infinite mana combo between the two cards, and consequently Devoted Druid shot up in price. If WOTC hadn’t reprinted it in Bedecked Brokers, Devoted Druid could have been a $15.00 card.

Up until now, WOTC had only printed Steelbane Hydra in a Brawl deck. Because of this, the Turtle Hydra was actually a bit pricy.

Steelbane Hydra is a good source for destroying multiple artifacts and enchantments. And if you continue to put +1/+1 counters on it, Steelbane Hydra will never run out of ammo.

Generally speaking, it’s never a good idea to put all your eggs in one basket. But Slippery Bogbonder gives some insurance to your basket of eggs.

In response to an opponent targeting your commander with a targeted removal spell like Swords to Plowshares, you can flash in Slippery Bogbonder and give your commander a hexproof counter to protect it.

You can throw Flooded Grove in any blue-green Commander deck. Filter lands are fantastic at ensuring you have the colors of mana you need.