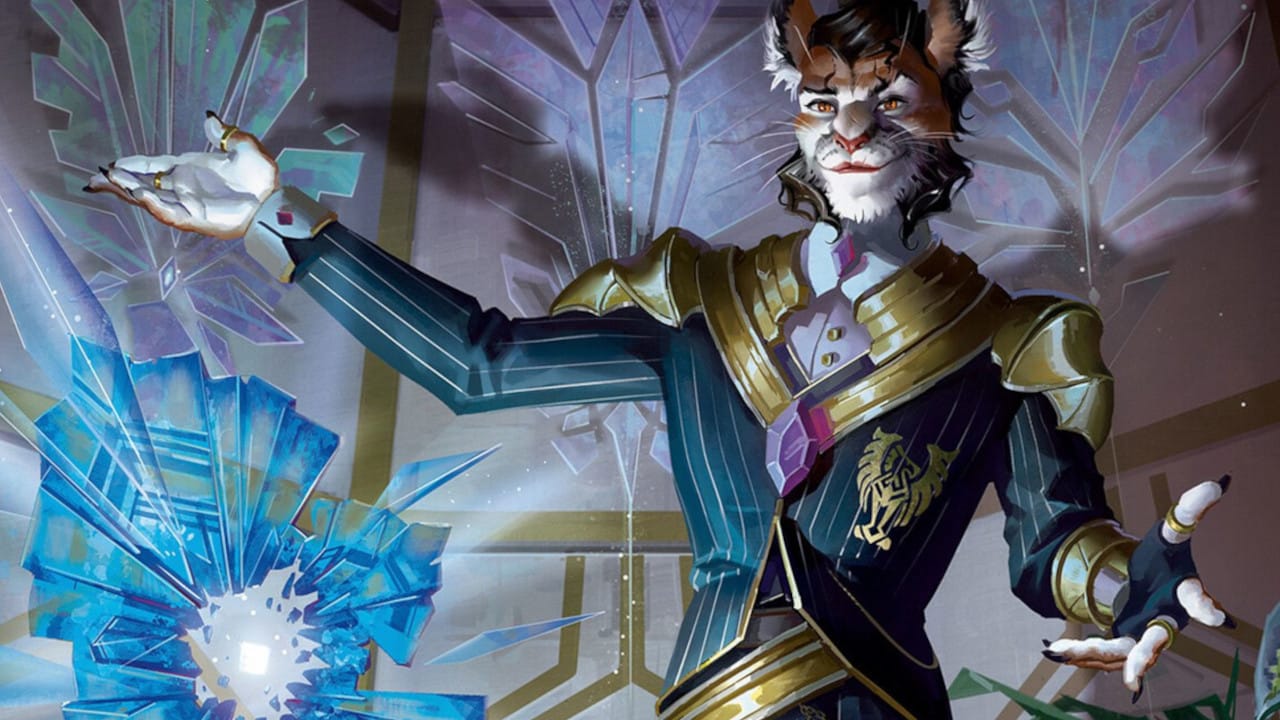 Ozolith? Is That You in New Capenna?

There’s a delicate balance to placing counters on your creatures in Magic: the Gathering. Of course, you want to modify and power them up, but all your efforts are in vain when your opponent Murders your buffed-up creature. That’s why you need a counters insurance policy, such as The Ozolith or Resourceful Defense from New Capenna, to protect your investments.

Since its release in Ikoria: Lair of Behemoths, we’ve seen The Ozolith used across Magic formats. It is a staple in any deck focused on putting counters on its creatures, such as Hardened Scales decks in Modern.

A large variety of Commander decks also play The Ozolith, such as Atraxa, Praetor’s Voice, Zaxara, the Exemplary, and the new commanders Falco Spara, Pactweaver, and Giada, Font of Hope.

The widespread success of The Ozolith bodes well for the future of Resourceful Defense, a new enchantment from New Capenna‘s Bedecked Brokers Commander deck, which has similar but, in some ways, improved applications.

Read More: This New Commander Staple is on the Same Power Level as Smothering Tithe!

The Broker family from New Capenna is all about putting counters on your creatures. They even introduced shield counters to the game, a new type of counter that essentially gives your creatures one instance of indestructibility. The family has several new commanders, all of which would benefit from playing Resourceful Defense.

Read More: This OP Commander Gained the Most From Streets of New Capenna