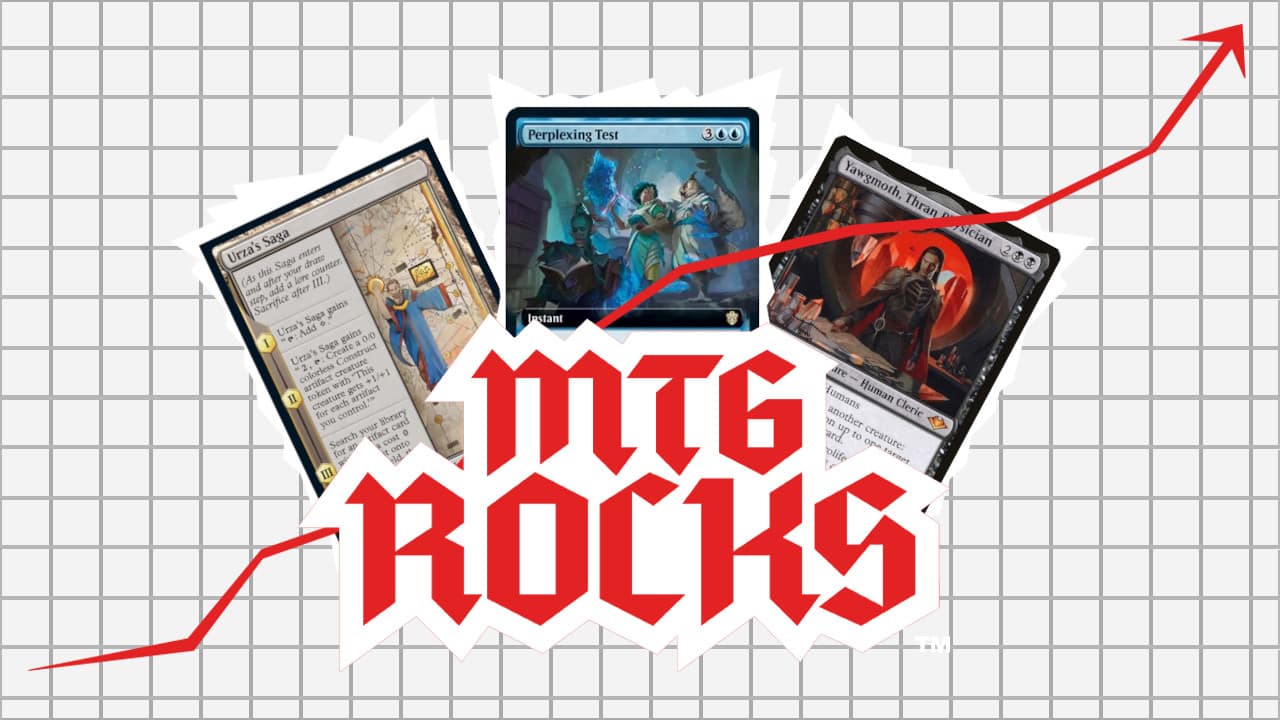 This week, multiple Modern staples continue to climb in value, and an EDH bounce spell spikes in price out of nowhere! Plus, I’ve included a few spells that don’t cost what they used to. They’re much cheaper and ripe for buying now.

Since I wrote my article on Monday, Urza’s Saga seems to have stabilized around $38.00…for now anyways. The notorious land saga has been climbing in value for months now. And for good reason! Check out just how many Modern decks are playing the card.

$38.00 for a single Magic card is a lot of money. But I personally don’t think we’ve seen the ceiling for Urza’s Saga yet. Once the print run for Modern Horizons 2 is officially over, I expect another spurt of financial growth.

Do you remember this card’s price spiking at the beginning of December? Well, since then, the price of Yawgmoth, Thran Physician has only gone up (as you can see in the graph below). Yawgmoth is about $33.00 at the time of writing.

What’s driving the price up? The Thran Physician is the namesake card of a popular Modern deck, Yawgmoth Combo. But it is also highly desired in Commander by various sacrifice-themed decks. And Yawgmoth makes for a competitive deck in its own right, showing up on the cEDH decklist database as a tried-and-true deck.

This modal, mass bounce spell absolutely shot up in value last weekend. Perplexing Test was $0.50, but now the card is a firm $4.00-$5.00. The demand was likely spurred by Millicent, Restless Revenant from the Spirit Squadron preconstructed Commander deck, as it can return all of your opponents’ creatures to their hands while leaving behind your army of Spirit tokens.

But Perplexing Test is good in many decks beyond just the new Spirit fad. It synergizes in any token-producing blue deck such as Volo, Guide to Monsters, Xyris, the Writhing Storm, and Adrix and Nev, Twincasters.

There are a bunch of infinite combos you can make with Emiel the Blessed, a few of which I highlighted in my article this week, INFINITE Commander Combo Piece is FINALLY Affordable. Currently, Emiel the Blessed is running for about $12.00, which is a bargain considering the card used to be $30.00-$40.00.

As Death’s Shadow decks have begun to shy away from Scourge of the Skyclaves in lieu of Dress Down, Scourge has fallen from its high point of $12.00. These days, Scourge is available for just $2.00.