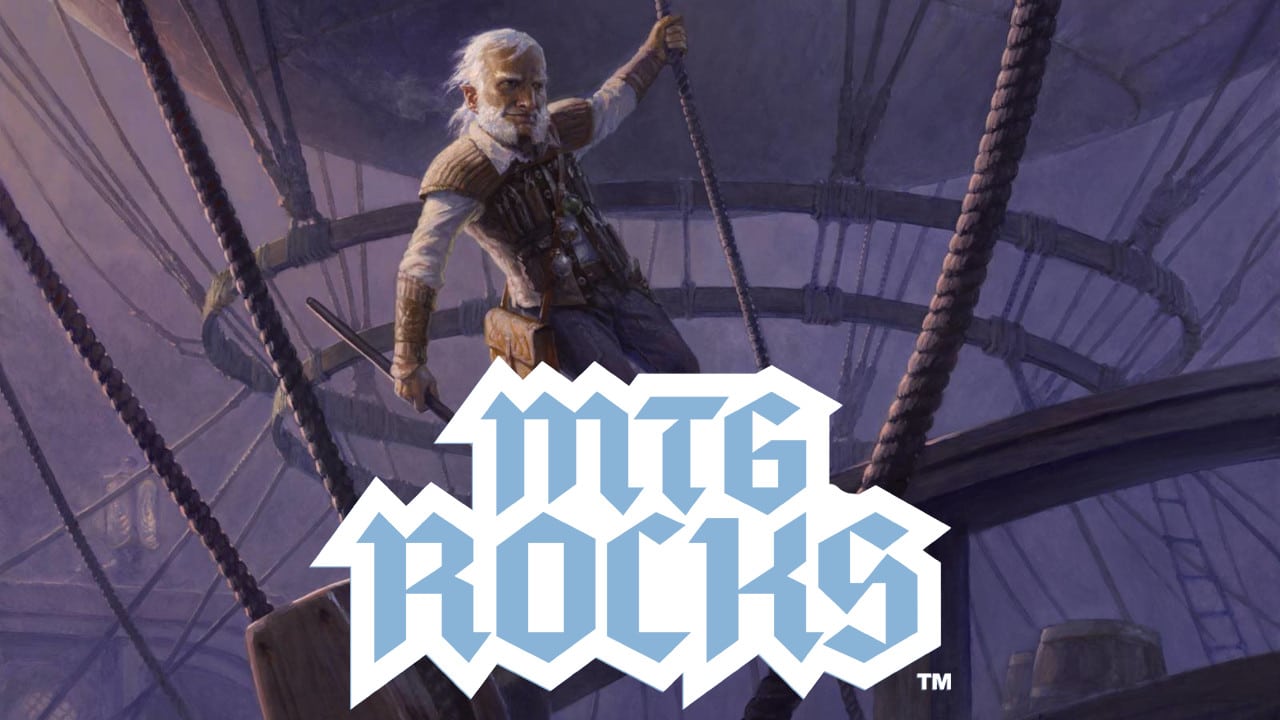 Oswald’s tutoring ability means you can consistently find combo pieces, or find niche ‘stax’ effects that will put a damper on your opponents’ strategies. It’s one big toolbox deck with tools for just about any conceivable situation!

You can dig tons of interesting artifacts out of your deck with Oswald as the game goes on. But there are three main types of cards that you’ll need in your deck before you start adding all your favorite, wonky artifact cards. Those three categories are eggs, ‘stax’ pieces, and combos. And I’ll cover all of these in this article.

We’re going to need a lot of artifact fodder to activate Oswald’s ability. That’s where eggs come in. ‘Eggs’ is MTG slang for low mana value artifacts that generally replace themselves when you play them, usually by drawing a card. These are perfect for kickstarting our Oswald engine.

Chromatic Star can turn colorless mana into white mana if you need it, but it’s mostly relevant in our deck because if we sacrifice Star to Oswald, it draw us a card when it is put into the graveyard. Ichor Wellspring is like two eggs in one basket, as it draws us a card when it enters the battlefield and leaves. And Solemn Simulacrum is a Commander classic that will give us some extra mana and draw us a card when we scrap it to Oswald.

We’re going to want to play a ton of cards similar to these. I’ve compiled some must-buy (and super budget) cards below:

Scrap Trawler deserves its own callout for being the best “Egg Engine” you can play in Oswald. You can simply grind so much value just by having this little construct on the field. Any time you sacrifice an artifact to Oswald’s ability, you can return another artifact with a lesser mana value from your graveyard to hand.

The best part about any Birthing Pod style deck is that you can play a lot of 1-off cards that are extremely useful in niche situations. Because Oswald Fiddlbender put specific artifacts from our deck straight onto the battlefield, we have consistent access to cards that can counteract specific strategies (generally referred to as ‘Stax’ pieces).

While Torpor Orb is a symmetrical effect, stopping enters the battlefield abilities (ETB’s) is going to be far more effective against our opponents than against our own deck.

Our deck cares more about Oswald’s activated ability and artifacts. So Torpor Orb can sit around on the battlefield and put an end to powerful ETB effects like Thassa’s Oracle, Eternal Witness, Dockside Extortionist and so many more commonly played Commander cards.

Read More: Why is this Common Card from an MTG Planeswalker Deck so Expensive?

We want to make sure we have enough time to tutor for our combos and get them online. We can’t do that if we’re facing down an army of attackers from, let’s say, a Najeela, the Bladeblossom deck.

If you know your opponent is playing an aggressive deck or any combat-related combos, you can use Oswald to tutor for an Ensnaring Bridge and buy yourself some time until you find your own win condition.

Especially when you play in more competitive EDH pods, the average mana value of cards goes way down. Trinisphere is the perfect way to punish all of your opponents’ cheap spells. Plus, Trinisphere can really hate on storm decks (decks that try to cast a string of spells in one turn to win) by making all their spells cost more than they can afford.

And if Trinisphere ever gets in your own way, you can always sacrifice it to Oswald’s ability to go find a different 4-drop card.

There’s usually someone at the Commander table trying to get away with graveyard shenanigans. Well, Grafdigger’s Cage will put an end to reanimation strategies, flashback, persist, etc.

So if you see a graveyard Commander like Meren of Clan Nel Toth at the table, you can sacrifice a 0 mana artifact (even lands like Treasure Vault will do the trick) and find Grafdigger’s Cage.

And just like Trinisphere, if Grafdigger’s Cage ever gets in your own way, you can sacrifice it to Oswald’s ability and go find a different ‘stax’ or combo piece.

Illusionist’s Bracers and Rings of Brighthearth work extraordinarily well with our Commander for the same reason. They allow us to double up on Oswald’s activated ability.

And because the sacrifice portion of Oswald’s ability is actually a part of his ability’s cost, we won’t have to sacrifice an extra artifact when we copy his ability with Illusionist’s Bracers.

We’re playing A LOT of artifacts in our deck. We might as well get a discount on their mana costs, and Ugin, the Ineffable does exactly that. The Elder Dragon Planeswalker reduces all of our colorless spells by 2 mana. This will make a lot of our artifacts straight-up free to cast!

And Ugin can also act as a removal spell for most permanents (as long as they are one or more colors). He’s a really versatile card in our deck and a must-include.

Persist is an ability found on creature cards that kind of gives them a second life; if the creature would die, it instead returns to the battlefield with a -1/-1 counter on it if it doesn’t already have such a counter on it.

But there’s a commonly known way to abuse the persist ability. If you would place a +1/+1 counter on a creature with a -1/-1 counter, they cancel each other out.

So in the case of the above combo, Altar of Dementia can sacrifice Lesser Masticore, Masticore’s persist ability will trigger bringing it back to play, but Metallic Mimic (naming Masticore) will negate the -1/-1 counter Masticore should come back into play with. With these cards assembled, we can repeat this and infinitely mill all of our opponents.

This combo can technically be played in any Commander deck because it involves all colorless artifacts. But it works exceptionally well inside of an Oswald Fiddlebender deck because our Commander can tutor for every single piece of the combo.

Uba Mask works a little differently in conjunction with Magistrate in that they effectively prevent our opponents from ever drawing a card again. If they can’t deal with the combo with the cards they have in their hand when the combo resolves, they are almost guaranteed to lose.