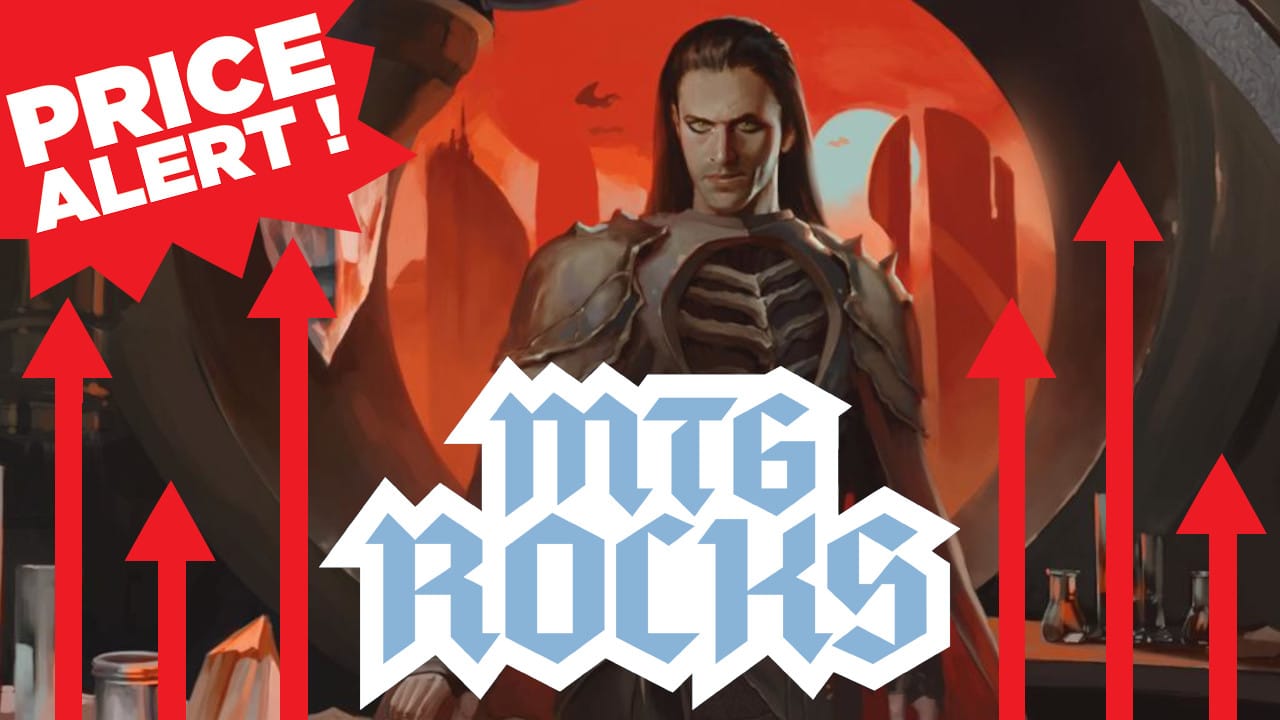 Heads Up! This MTG Modern Combo Piece is Quickly Climbing in Price

Yawgmoth is the creator of the Phyrexian race and one of the evilest villains in all of Magic: the Gathering. He’s also a part of a super-competitive Modern deck, and this week his card is going up in price.

The name “Yawgmoth” has been around in Magic for a long time. His lore goes way back. And he’s referenced on infamous cards such as Yawgmoth’s Will, Urborg, Tomb of Yawgmoth, and Yawgmoth’s Bargain. But Yawgmoth himself got his first card relatively recently in the form of Yawgmoth, Thran Physician, which debuted in Modern Horizons back in 2019.

Yawgmoth’s actual card lives up to his longstanding history. He’s a powerful sacrifice outlet and card drawing engine. And he’s the centerpiece of a powerful Modern combo deck.

The Thran Physician was around $20.00 at the start of the month. But since then, he’s been trending upwards with a bit of a spike this weekend. Now Yawgmoth, Thran Physician is $25.00+ with the retro frame version running for almost $30.00.

Why Did Yawgmoth Spike in Price?

Yawgmoth Combo is a consistent deck that consistently puts up good results in tournaments. The entire deck revolves around Yawgmoth, Thran Physician, and its ability to deal infinite damage in combination with undying creatures like Geralf’s Messenger.

In addition to his success in the Modern format, it’s been some time since Yawgmoth has been reprinted, and when that happens prices will naturally rise. Plus we’ve had several TCGPlayer Sales as of late, all within a short span of each other. These sales, which offer between 10-15% store credit back on purchase, often cause surges in demand and prices.

Read More: Prices Are Going Up For This BUSTED Modern Staple!

If this price spike is just a matter of the TCGPlayer Sales inflating the price, then it’s possible for Yawgmoth’s price to settle back down. But Yawgmoth, Thran Physician is a powerful card and a popular character. These two factors can cause a lot of demand for a card, and it wouldn’t surprise me if $25.00 becomes the new standard rate for Yawgmoth, Thran Physician.

There’s even demand for Yawgmoth outside of Modern. The Thran Physician is a great inclusion in sacrifice decks like Meren of Clan Nel Toth, and -1/-1 counter decks like Hapatra, Vizier of Poisons. Yawgmoth even makes for an epic mono-black commander himself!