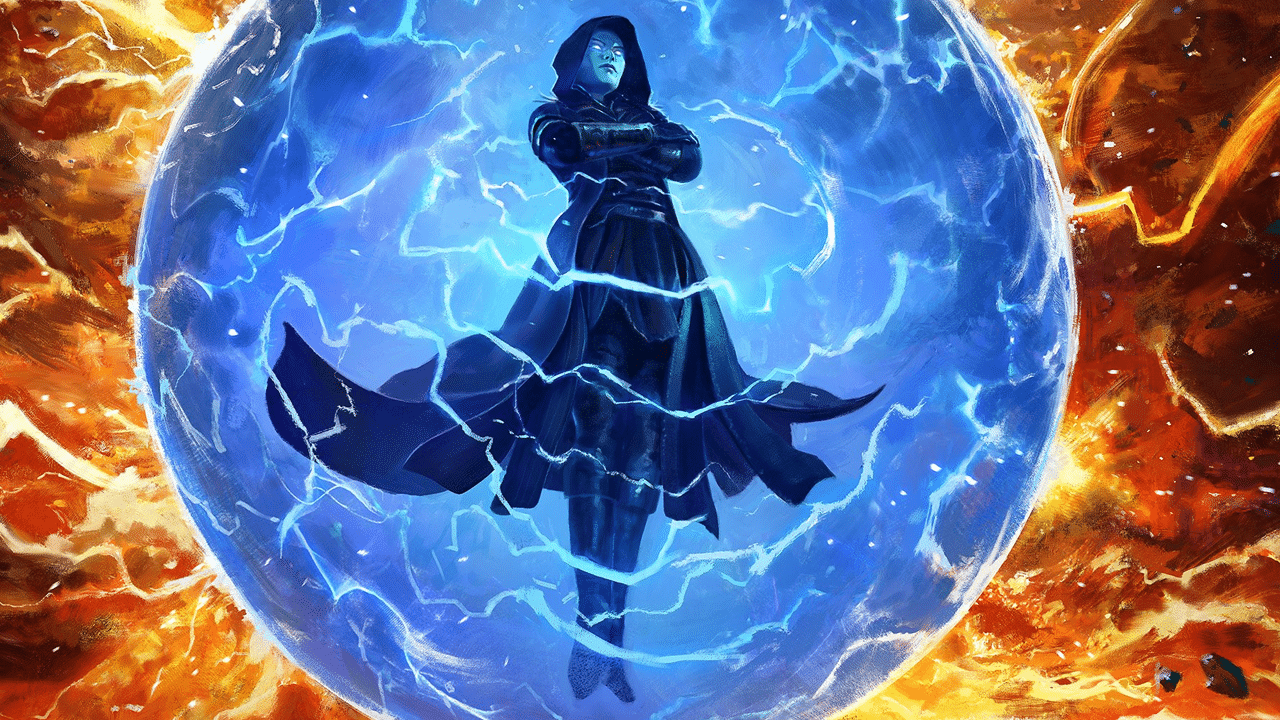 Since the release of Modern Horizons 2, the Modern format is becoming the most expensive it’s ever been, with powerful cards sweeping the format. But for those who have cards lying around or are unsure what the value of their cards is, here are some of the most expensive Modern legal cards. These mentions will be made according to each card’s cheapest printing and are not ordered.

Modern is a broad and exciting format with a wealth of options. The format uses cards from Eighth Edition onwards, so there are plenty of choices and value to be found. Surprisingly, some of the most impactful cards in Modern right now won’t be found here. The Evoke Elementals like Solitude? They aren’t expensive enough!

Eldrazi have been relatively common in Modern play over time but are now much less common than ever. While Emrakul, the Aeons Torn still sees fringe play as a sideboard option in various decks to foil Mill strategies (among other things in Indomitable Creativity), Emrakul, the Promised End now sees the most play. Due to its recent price spike, Emrakul is nearing $100.

Another reason the card commands a high price is because of the Commander application. Taking a player’s turn in Commander can propel you ahead of the table and ruin their progress. Extending outside of Tron and 4C Elementals, you can run Emrakul in Through the Breach as an alternative to Emrakul’s banned iteration. Either way, Emrakul is a powerful beater that sees heavy play in both Modern and Commander.

There are a good amount of cards on this list that don’t actually see Modern play. Cloudstone Curio is the first of those cards. All of the other cards on this list instead see significant Commander play, but do not have enough printings to support the demand for the card. Cloudstone Curio only has two printings (one of them being a premium Kaladesh Invention), and retails for about $65 as a result.

This is an infinite combo piece used for bouncing permanents with enter the battlefield effects. The most common use is to put an infinite number of counters on Animar, Soul of Elements. Not only will you have a creature with infinite power, but you will also be able to cast any colorless creature for free repetitively! This could allow you to Exile all of your opponent’s permanents with Ulamog, the Ceaseless Hunger, for example.

Painter’s Servant is in a very unique spot on our list. Sure, it sees Commander play as an infinite combo piece, but it’s the only card on our list that sees little to no Modern play while seeing a ton of Legacy play. This is because most of the cards that Painter’s Servant needs to go infinite are only Legacy legal.

Take Grindstone, for example. This is the go-to combo piece for Painter’s Servant. When both cards are used in tandem, Painter’s Servant will name a color, allowing Grindstone to mill a full deck of cards. Most of this card’s sky-high price of $75 on average is due to its banning and recent unbanning in the Legacy format.

With the introduction of Karn, the Great Creator from War of the Spark, it’s never been easier to acquire the artifact from your sideboard. The only tricky part about playing with Chalice is remembering your triggers, as your opponent may cast spells to see if they get through. This artifact is expensive because it does so much work for so little mana investment. You often see Chalice feature in artifact-heavy decks such as Tron and Mono-Red Prison. As long as cheap spells exist in Modern, Chalice will reign supreme.

While the card has fallen slightly from its previous suppression, it’s still incredibly powerful. Don’t believe us? It just got banned out of another format.

Doubling Season is a bit too slow for Modern but is an absolute nightmare for Commander players. No matter how innocent this card may seem on impact, the entire table should prioritize the death of all Doubling Seasons!

This came to shine in a recent game of EDH I played personally. Because Doubling Season can allow Planeswalkers to enter the battlefield with double counters, it can create a lot of ‘oops, I win’ scenarios where one player wins out of nowhere. My game? I made a ton of shark tokens with Shark Typhoon and Doubling Season. The Shark Typhoon swiftly got dealt with, but it didn’t matter. Nicol Bolas, Dragon-God came in the next turn and used its Ultimate to end the entire game outright!

It’s one of the most expensive cards in Modern Horizons 2, Ragavan, Nimble Pilferer is one of the most powerful one-drops ever printed. It’s in every Red-based aggressive deck or any deck that wants to generate value.

The fact the Monkey Pirate has Dash enables you to do something on turn two, create a Treasure token, and you can play an opponent’s card. With that, you never want to run less than a set since it’s so effective at what it does, and there is enough removal in Modern to answer it. You’ll see Ragavan most in Izzet Murktide, one of the best Modern decks at present. With its current singular printing in Modern Horizons 2, Ragavan will retain a commanding price given the low mana value for the effect it offers.

It’s the perfect land for tribal strategies in Modern, Cavern of Souls does so much for so little. When it enters, you name a creature card type, then anytime you cast the card using this land with that typing, it becomes uncounterable. This is a massive headache for Control strategies and lets you easily deploy creatures.

With its upshift in rarity and two genuine printings, Cavern of Souls is a very expensive card. In terms of Modern, Cavern of Souls sees play in Elementals, Eldrazi Tron, Humans, and Spirits. The land sees play in Legacy in various tribal strategies, too. Either way, the card is expensive, and you’re going to run a whole playset.

Liliana of the Veil

BUY AT TCGPLAYER
BUY AT TCGPLAYER
Liliana of the Veil is one of the hallmark Planeswalkers to grace the Modern format. Modern is full of unfair strategies, which often means you need to play a plan to balance the scales in your favor, and this is where Liliana comes in.

Liliana’s plus ability forces each player to discard a card, this ensures that both players will be top decking while your Planeswalker is on the battlefield generating loyalty. Combo strategies that depend on synergy will see their win rate tank as they have to discard a card every turn, losing the chance to combo off. Liliana can also deal with specific creatures with her second ability, making sure you can control the board. Admittedly, Liliana sees less play these days but remains a powerful option if you play Jund, Reanimator, or Rack strategies in Modern.

Read More Is Urza’s Saga from Modern Horizons 2 Too Powerful For Modern?

From Saviors of Kamigawa, Oboro, Palace in the Clouds is a unique land that sees play in Modern Mill archetypes to trigger landfall with Ruin Crab and Hedron Crab. As it was from an unpopular set, there aren’t many copies, driving up demand further.

Also, it sees play in Commander in three/four-color Omnath strategies for a similar reason. Either way, the land is very unique, and we haven’t seen another one like it since. This is another reason why the Legendary Land maintains a high price.

From Modern Horizons 1, Wrenn and Six is one of the most expensive cards in Modern at present. It sees extensive play in Jund (when it shows up) and four-color strategies that use a lot of Fetch Lands in combination with Omnath, Locus of Creation. Otherwise, you can ping low toughness threats all for two mana. Wrenn’s ultimate doesn’t come up often, but sometimes you want to re-cast your Instant and Sorceries for additional value.

Fortunately, the card saw a reprint in Double Masters 2022 as teased by Wizards of the Coast back in August 2021, so the price has backed off a bit. Either way, Wrenn and Six is one of the most mana-effective Planeswalkers we’ve ever seen and will continue to dominate Modern.