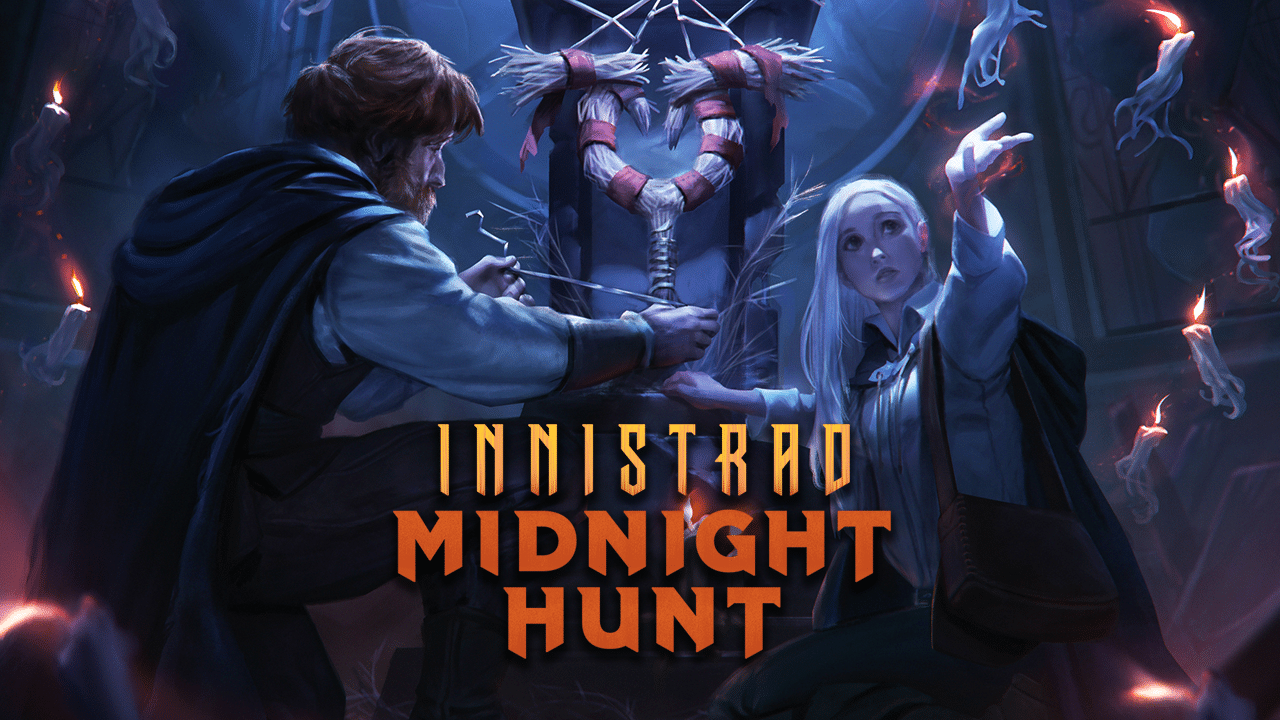 Innistrad: Midnight Hunt has finally been released and what a set it’s proving to be! The gothic horror set promised us Werewolves, Zombies, and Vampires and boy did it deliver. As part of that rotation, Throne of Eldraine, Theros Beyond Death, Ikoria: Lair of Behemoths, and Core Set 2021 all rotate out. As such, expect to see cards from these sets see new life in Modern and Pioneer, to push those purchases further.

If you missed out on the recent previews, we have a dedicated spoiler gallery to get you up to speed! With that, let’s look at some of the best cards from Innistrad: Midnight Hunt for Modern.

Notable Mention – Champion of the Perished

PRE-ORDER AT TCGPLAYER
PRE-ORDER AT TCGPLAYER
Champion of the Perished is a Zombie-shifted variant on Innistrad‘s Champion of the Parished, and the Zombie could see play in Modern. Mono-Black Zombies has always been on the edge of Modern playable, and cards such as this do help the cause. Although we’re not quite there yet, it’s one to keep an eye on with Crimson Vow’s release in November.

It’s likely we’ll see a bunch of Zombies which could support the tribe further. Perhaps a Zombie Thalia’s Lieutenant, or even a Reflector Mage. Either way, Champion of the Perished is an exciting card that is expected to see play in Standard and Pioneer.

Low-cost removal is always important for Modern, especially spells that can hit various card types. Fateful Absence offers creature and Planeswalker removal which we don’t often see in White. The controller of the removed card does Investigate, however it could be a decent trade if the threat is big enough.

The fact Fateful Abscence is instant speed helps a lot and will see play in White-heavy decks that want to remove Planeswalkers effectively. It’s not quite Declaration in Stone but does a decent role of providing interaction. It’s not the fanciest of spells in Innistrad: Midnight Hunt. but it gets the job done.

Perhaps one of the most exciting cards to come into Modern, Consider is expected to see play in Izzet Tempo and strategies that care about filling up the graveyard. It’s excellent with Modern staples such as Dragon’s Rage Channeler and Murktide Regent as you want to up their power as soon as possible.

Modern uses the graveyard as an extension of the library, so a card like Consider will play a huge role in the format. Also, it can fit in Azorius Control archetypes since you can feed cards into your graveyard to flashback later. All in all, Consider is an excellent card and grabbing a set on release will serve you well in Modern.

Whenever a new rare land cycle is revealed in an upcoming set, they’re often designed with Standard and Pioneer in mind. But with this cycle in Innistrad: Midnight Hunt, these could see play in Modern in slower strategies such as Midrange and Control.

Dubbed as the ‘Last Lands’, these lands come in untapped if you control two or more lands that aren’t limited to Basic lands. It’s likely Azorius Control and Gruul Midrange will be after some of these, however, they aren’t fetchable. But, this could be a nice budget option in place of shock lands until you can replace them. Either way, it’s likely we are going to be waiting a while for a complete set, but don’t discount these for Modern usage.

Admittedly, this entry is cheating since Pithing Needle is a reprint, but an important one nonetheless. The artifact saw a rise in price due to the printing of Urza’s Saga from Modern Horizons 2, but remains an excellent sideboard option either way.

The fact it’s in Standard means there will be plenty of copies available to drive down the price. Grabbing a bunch of these will ensure usage for Pioneer and Modern, since you can hit fetch lands and troublesome permanents with the card.

While it’s not quite Faithless Looting, Faithful Mending could see play in Esper Reanimator strategies in Modern. Going further, there could be a Jeskai Phoenix build somewhere including this powerful instant.

The lifegain ensures you can shore up life loss from grabbing your shock lands off a fetch. However, the ability to loot cards at instant speed is an attractive option in Modern. Expect Esper Reanimator to come back in some way when Midnight Hunt is released.

PRE-ORDER AT TCGPLAYER
PRE-ORDER AT TCGPLAYER
Sungold Sentinel looks innocuous on first look but offers incidental graveyard hate. As Modern cares about the graveyard, the Human Solider could be an interesting option for Modern sideboards. White-based aggressive strategies such as Humans could be in the market for this. The stats are above rate, and you get the bonus of Sungold Sentinel hexproof from your color of choice if you meet the Coven criteria.

Not one to shake up Modern drastically, but it’s a nice option to have if you want creature-based graveyard maintenance in Modern. Especially if your local metagame is heavy on graveyard usage, Sungold Sentinel could be one to consider.

Modern Humans has plenty of options at three mana and Jerren, Corrupted Bishop looks to add to that growing list. Jerren offers replacement on your Human creatures with Human tokens, and you can give any Human you control Lifelink. Often the Burn match up can be rough as Humans player as your threats are easy to deal with – so having a built-in card to offer Lifelink is a decent option.

It’s unlikely you are ever going to flip Jerren into Ormendahl, the Corrupter, but it may come up once in a while. Either way, Jerren does quite a bit for three mana and will become an interesting Commander for dedicated Black decks in the format.

Reanimation spells are desirable in Modern as you want to bring back your powerful and cheap threats. Unearth sees plenty of play as recurs your threats in the late game and Can’t Stay Away looks to offer similar.

As it’s in Orzhov, expect to see this crop up as a one-of in Orzhov Stoneblade strategies that want to recur Stoneforge Mystics for extra value. The exile clause isn’t ideal, but you do have the option to flashback the Sorcery later if you wish. Once again, this could see play in Esper Reanimator if you are running enough cheap creatures for the early game.

Over the years, Courser of Kruphix has seen extensive play in Modern since it can filter your draws and offer incidental lifegain. Augur of Autumn is an exciting upgrade since you don’t reveal the card and you can still play Lands from the top of your library.

Depending on the strategy, achieving Coven could be easy to meet allowing you to cast creatures from the top of your library too. Either way, this design is desirable in Commander as you want as many of the same effects as possible.

Lastly, Memory Deluge could be an immediate replacement on Fact or Fiction in Modern. Sometimes you want to look at as many cards as possible to deal with a particular threat, or to find your win condition.

Blue-based Control strategies such as Azorius Control or Blue Moon could be interested in this as they could pay the Flashback costs later on. Also, it’s a nice target for a Snapcaster Mage too. It’s far from flashy, but that’s what often these Control decks are, clean and efficient. Something which Memory Deluge offers in abundance.