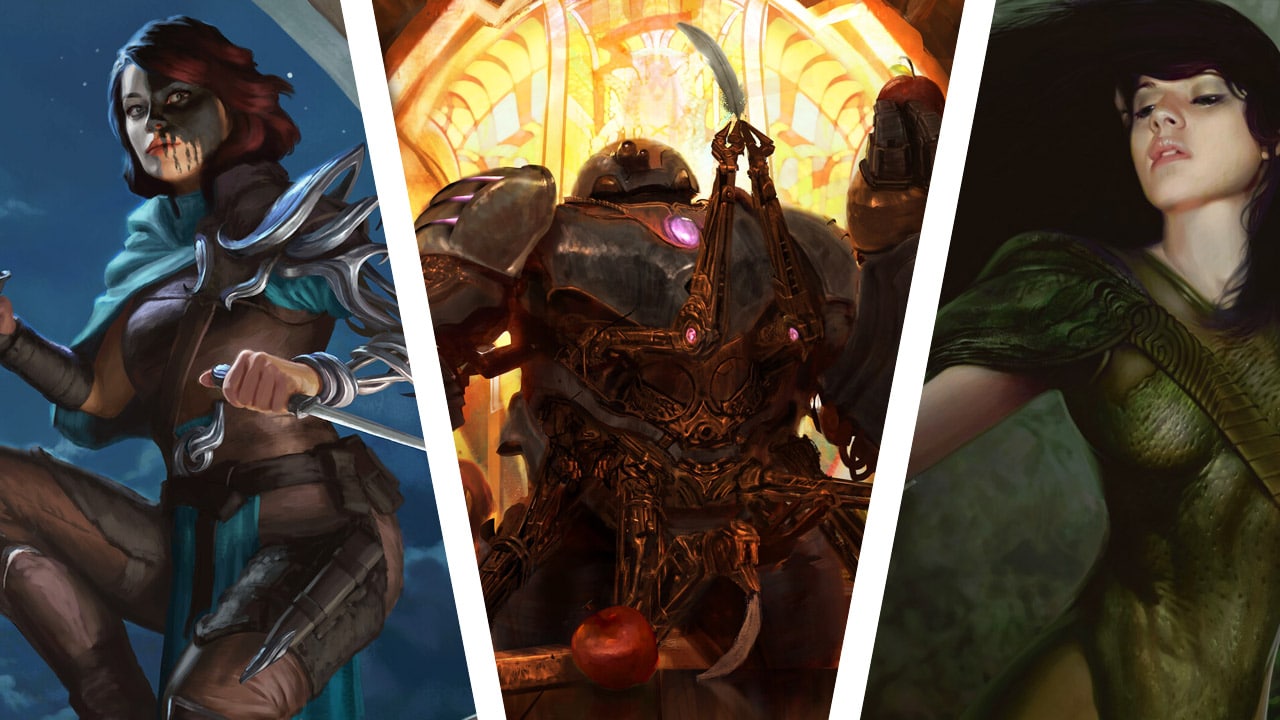 Modern Horizons 2 looks to reshape Modern in a huge way. Even with the early release on Magic Online, players are looking to bend the format once again thanks to powerful cards and new-to-Modern reprints.

Granted, the tabletop release is expected to drop on June 11 so pre-order prices may fluctuate during this time. However, here are some of our budget picks so you can grab yourself a deal before prices change upon release.

Academy Manufactor is beginning to make waves in Modern on Magic Online. Combining Clock of Omens, Witch’s Oven, and Cauldron Familiar, you can create a bunch of tokens and include a powerful combo in one. Academy Manufactor helps you recuperate resources by giving you ways to gain life, draw cards, and ramp – which makes cards such as Urza, Lord High Artificer a powerful win condition. Another thing to note is the Assembly-Worker avoids Lava Dart which is plaguing the format at present.

It offers utility in Commander too, where you can use the card to create more tokens alongside enablers such as Tireless Provisioner and Tireless Tracker. On the surface, Academy Manufactor seems an unthreatening card but within the correct build, it can spiral out of control. The price of this card is beginning to increase as players are beginning to understand its potential. With that, if you are looking to play artifact-heavy decks in Modern, then you’ll want to grab these as soon as possible. If you are still reeling from the Krak-Clan Ironworks banning back in 2019, then picking up a set of these is sure to help you on your road to recovery.

Originally printed in Visions, Quirion Ranger is a powerful Elf that is sure to reshape Modern Elves. Although it does bite a Lava Dart and Wrenn and Six,

The Visions printing is currently sitting at $5 a piece whereas the reprint is bound to be lower. If you are looking to play Elves in Modern or Commander, then grabing these will save you a few bucks long term.

I know, fetch lands aren’t cheap considering their ever-present impact in Modern. Another aspect of budget Magic is acquiring cards at a cheaper rate than their previous printings. With the release of Modern Horizons 2, Verdant Catacombs, Misty Rainforest, Arid Mesa, Mash Flats, and Scalding Tarn will feature in Draft, Set, and Collector Boosters.

It doesn’t end there, you have the traditional frame, the retro frame, and the extended frame to choose from which is going to provide plenty of copies of the Modern staples. It’s worth keeping an eye out on these as these will fall down into a more affordable price range. With that, Modern Horizons 2 is not a limited print run set meaning you can acquire Boosters at any point. Prices are expected to rise on fetch lands eventually, but at least there will be enough printings to meet demand. Even if you aren’t a Modern player, these cards are ideal for Commander and Legacy enthusiasts too.

Tireless Provisioner is bound to crop up in Landfall-style Commander strategies. You are rewarded with either a Treasure or Food token for putting a land into play. Despite being an Uncommon, this card will increase in value due to its utility in Commander. It’s unlikely to see any play in Modern, but you can’t ignore the value the Elf Scout brings.

If you are looking to build Golgari Rock on a budget, then Tireless Provisioner is a great placeholder on Tireless Tracker. While you can’t draw cards, gaining life and fixing mana is a great way to leverage resources.

One of the biggest reprinted-into-Modern cards from the set, Shardless Agent is a powerful enabler for cheap spells. At present, the Human Rogue is seeing play in dedicated Living End shells as you can cast Suspend spells for free off the card. It works rather well alongside Bloodbraid Elf, too.

Although the card has risen in price since the previews, Shardless Agent‘s price will drop once there is circulation of the set. The card is likely to become a huge roleplayer in Modern going forward, so bagging a set on release will net you value long-term.

While it’s not quite Path to Exile, there’s a lot to like about Prismatic Ending. Although it is a Sorcery, you are able to remove any nonland permanent within the casting cost. This can hit tricky permanents such as Amulet of Vigor, Blood Moon, and Chalice of the Void.

Prismatic Ending is beginning to crop up in Esper Control lists as you can meet the Converge costs with ease. The fact it’s a Sorcery shouldn’t discourage you as it offers a high ceiling in Modern. With that, picking up a set of these are sure to go far in your Modern collection as Uncommons can be harder to acquire than Rares in many cases.