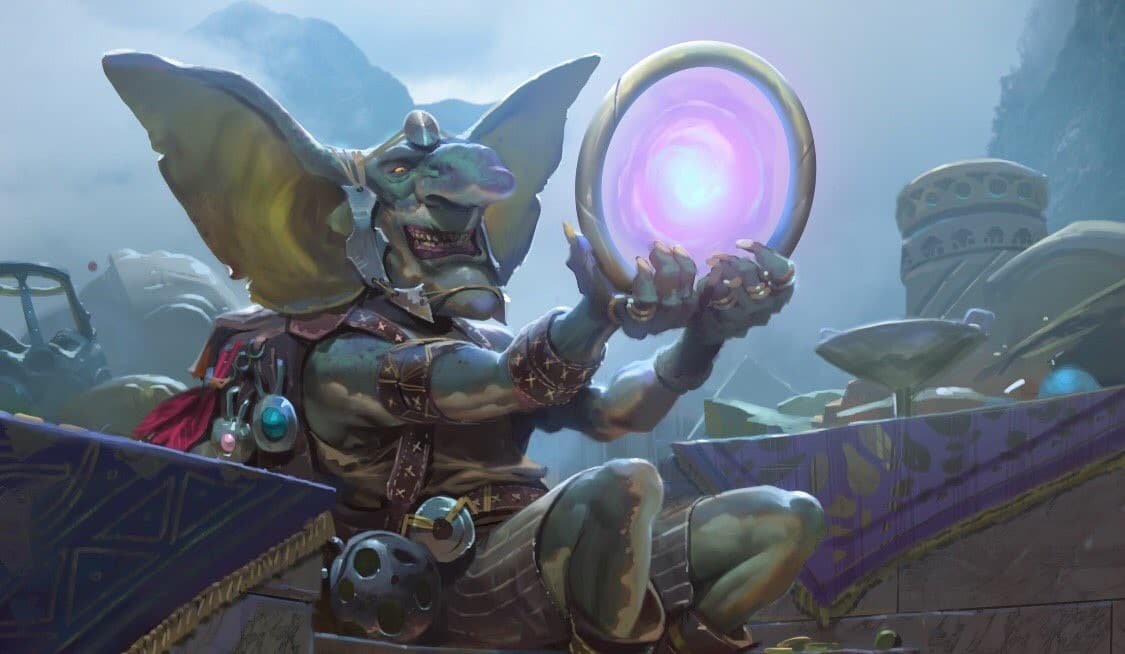 Commander is MTG’s largest and most popular format. It’s primarily casual, allowing players to find games at varying power levels, enabling whatever wacky idea they want to play. Looking at some of the more powerful Commander cards printed in recent times, like Dockside Extortionist and Smothering Tithe, it’s clear that Treasure Tokens are a potent tool. Some of these were even recently reprinted, suggesting that many players will have these cards in their arsenal. This is only making Treasure hate more desirable.

Treasure Tokens are artifacts with a one-time ability that allows them to sacrifice themselves for one mana. This is becoming an incredibly rampant effect that is being printed in every single recent expansion. Winning with a card like Revel in Riches has become far too easy. The reality is that Treasure tokens, when granted in ridiculous quantity, can give a player an advantage so heavy that they run away with the game.

There are ways to deal with these pesky treasure chests, but most are a little unconventional. There are likely some more to come in the future, but there are already some good options. Here, we shall suggest ten different options that will, at worst, allow you to keep up with Treasures and, at best, totally turn them off!

There are a lot of cards that fit under this umbrella, but these are some of the most mana-efficient options that will destroy all Treasure Tokens that may be plaguing your Commander game’s board state. These aren’t permanent solutions to Treasure Tokens throughout a game but will punish an opponent greedily accumulating a hoard.

Buy At TCGplayer
Veridian Revel is the Treasure hate card that everyone knows about. Turning your opponent’s Treasure Tokens into card advantage is an incredible effect to have access to. The downsides? Your opponents still get the Treasure Tokens and can gain explosive benefits from them. At least you can keep up, though!

6. March of the Machines

This win condition for artifact-themed Commander decks is also unintentionally a fantastic way to hose Treasure Tokens for everyone. Because March of the Machines turns non-creature artifacts into creatures with power and toughness equal to their Mana Value, Treasure Tokens, being tokens, will turn into 0/0s and immediately perish. You won’t even have a chance to tap them since they die on entry. The downsides are obvious; an opposing artifact deck could win the game by attacking for lethal, or your artifacts could be destroyed by a common board wipe aimed at creatures like Damnation. If you do not have other synergies with this card, you may want to consider something else.

We’re convinced that Energy Flux is one of the best hidden gems in Commander. Nothing good can come from a Treasure if a tax are imposed on them. The whole point of Treasures is to provide a quick burst of mana. This becomes completely nullified if you need to pay mana to keep them around. The downside with these cards is that you will be just as affected by your opponents. If you’re looking to take care of cards like Sol Ring and Mana Crypt, these are fantastic options. Just make sure that you don’t hurt yourself too much in the process. Doing so ruins the whole purpose of these cards.

Buy At TCGplayer
Crafty Cutpurse is specifically for those Dockside Extortionist-like effects. This card enters the battlefield and steals any tokens an opponent would create throughout a turn. Crafty Cutpurse can play double duty if you’re also looking for a solution to Scapeshift Field of the Dead shenanigans. The downside of this card is that it’s only a temporary solution, but depending on how big the advantage is, stealing it may win you the game anyway.

From this point on, the cards mentioned will completely shut down Treasure Tokens as long as they stick around. Collector Ouphe and Stony Silence do the same thing – prevent any artifact’s activated abilities from being activated. Treasure Tokens fall under this category, so they will become useless (unless someone should use them for improvising or something). The downside is that your artifacts will suffer the same oppression.

Why is Yasharn ranked higher than Stony Silence? It’s a little easier to get rid of and stops fewer abilities, but this alone makes it more applicable in common Commander decks. This won’t turn off every artifact, but it will hose Treasure Tokens since they need to be sacrificed to work. Additionally, Yasharn can help prevent its caster from flooding by fetching a Plains and a Forest. Finally, Yasharn is fantastic at shutting down aristocrat synergies (which are rather popular) and life loss activated abilities like Bolas’s Citadel. This could even be used in conjunction with other hate bears to have a consistent way to shut Treasure Tokens down.

Buy At TCGplayer
Karn, the Great Creator takes first place on this list because it’s one of the few cards that can shut down your opponent’s Treasure Tokens while leaving yours completely unharmed. The downside is that Karn’s other abilities are poor unless you’re exiling many artifacts. You cannot use wish effects in a game of Commander because no sideboards are available. That being said, Karn’s presence alone will severely slow down most opponents and merit a lot of hate pointed in your direction. This card is definitely the most powerful option to shut down Treasure Tokens with… maybe even too powerful.