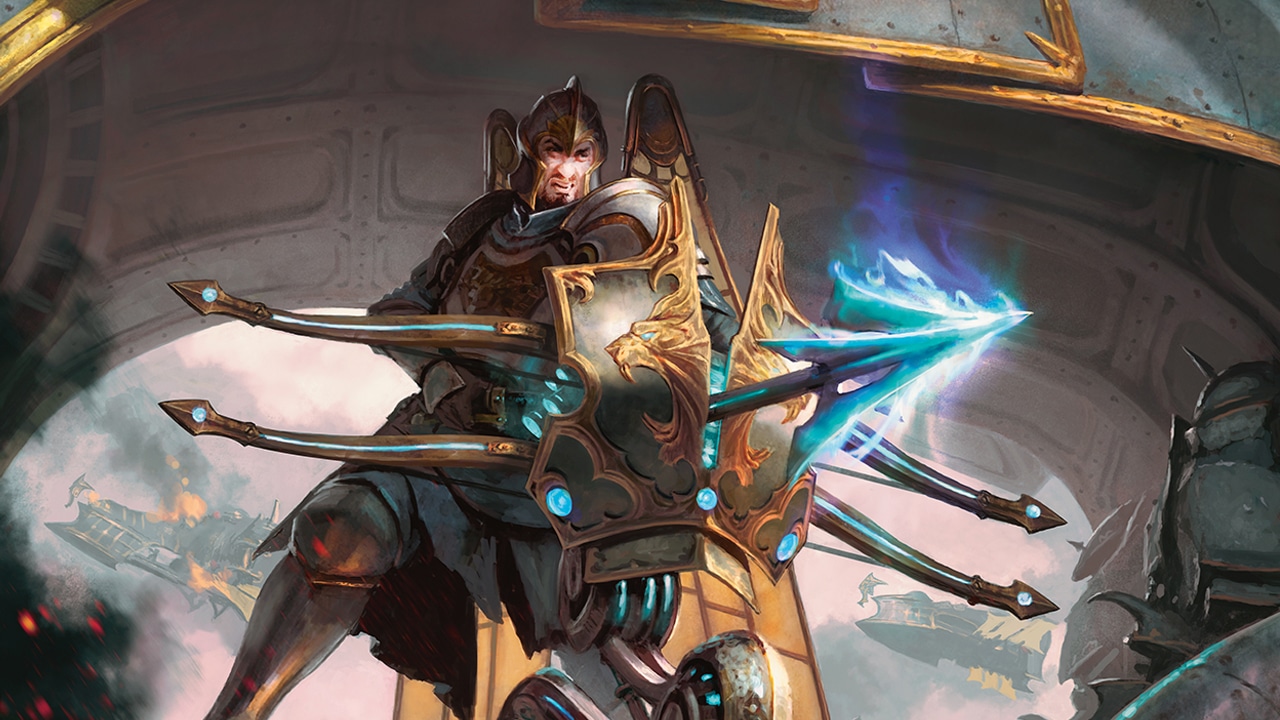 With Retro Artifacts, Universes Beyond Transformers MTG cards, and an epic story, it’s safe to say that The Brothers’ War had a lot going for it. Any of these factors are typically enough to make a set successful. However, The Brothers’ War had more work to do. More so than being a collector’s dream or Commander players’ paradise, The Brothers’ War had to save Standard. Following its neglect in recent years, it’s safe to say Standard hasn’t been in the best shape recently. Not only are players leaving in droves for other formats, but Standard itself has become frightening stale. After the release of Dominaria United, it seemed that only one color was actually worth playing with; black. Even after a hasty ban, black’s dominance didn’t go away. Thankfully, however, there was hope on the horizon.

With powerful new cards and compelling new mechanics, The Brothers’ War promised to inject new life into the format. The return of Monestary Swiftspear at least threatened to seriously shake up the format, at least. Subsequently, many players, especially those on MTG Arena, were excited about The Brothers’ War. Now that it has launched, however, it appears players’ hopes may have been somewhat misplaced. Standard hasn’t really been saved. It’s more just under new management.

The Rise of Red

While ultra-aggressive red decks have had a consistent place in the Standard meta recently, white decks haven’t been so fortunate. Before rotation, white weenie decks were a force to be reckoned with, however, recently, they’ve been left lacking. Even following the ban of The Meathook Massacre, white decks struggled to find their feet. Thankfully, in The Brothers’ War, white decks are relevant once again due to the prevalence of soldiers.

Following Standard rotation, one card that white decks were sorely missing was Luminarch Aspirant. Providing targeted buffs to your creatures, Luminarch Aspirant could steadily make a threat out of even a 1/1 token. Synergizing with Hopeful Initiate was a welcome benefit too. While Luminarch Aspirant has been sorely missed, thankfully, The Brothers’ War has introduced  Siege Veteran to replace its role. Not only does Siege Veteran provide repeated +1/+1 counters, but they also generate soldier tokens whenever a nontoken soldier dies in order to keep the pressure up.

As if that wasn’t enough, the new Azorius soldiers deck is surprisingly efficient at drawing cards. Thanks to Skystrike Officer and their ability to tap soldiers to draw cards, one of white’s biggest problems has been effectively mitigated. Skystrike Officer even generates soldier tokens to tap too!

Unfortunately, while Azorius soldiers and red deck wins are rising in power and popularity, there’s still no beating black. Topping the charts for Standard’s current metagame share is the black-dominated Grixis Midrange at 10.40% (according to MTGDecks). Close behind that is Esper Midrange at 9.43%, with mono black decks a touch further behind, holding just 8.68% of the meta share. While Azorius soldiers holds a respectable 9.86% of the meta share, and red deck wins a 4.61% share, there’s no question that black is still dominant in Standard.

According to MTGGoldfish’s stats on the Standard metagame, the overwhelmingly powerful Sheoldred, the Apocalpyse is played in 53% of all decks. Alongside Sheoldred, Cut Down continues to be ruthlessly efficient in 57% of all Standard decks. While nowhere near as prevalent, joining the MTG party from The Brothers’ War is Phyrexian Fleshgorger. As we’ve covered time and time again, this card is an absolute menace that’s not easy to get rid of.

Surprisingly, Phyrexian Fleshgorger isn’t played as much as you might expect. Instead of being everywhere, Phyrexian Fleshgorger is primarily only found in mono-black decks alongside Gix, Yawgmoth Praetor. While strong, these cards aren’t needed in Esper and Grixis lists, since they have no end of options. Esper and Grixis lists also have no trouble being competitive since there’s an abundance of mana fixing, such as Raffine’s Tower currently in Standard.

Has It Done Enough?

Unsurprisingly, the rise of two new archetypes in the format won’t be enough to save Standard. As we discussed recently, the problems with the format go much deeper than how much variety there is. After being prompted by MTG’s Vice President of Design, Aaron Forsythe, players were quick to bemoan how Standard has effectively been abandoned by Wizards. Thanks to COVID-19, in-person tournaments virtually disappeared for a few years, and they’ve not really returned since. As MTG Hall of Famer Brian Kibler points out, “there have not been big live events that felt like they mattered in years.” Further dissuading players away from Standard has been the rising costs of the format. Previously a competitive Standard deck typically wouldn’t cost more than $100–200. However, current Tier 1 decks can easily set you back $400–500. Even four copies of Sheoldred, the Apocalypse alone will cost you around $250+!

With these factors in mind, it’s no wonder that MTG players have been moving towards non-rotating formats like Pioneer, Modern, and Commander. Unfortunately for Standard, this migration of players has also changed the competitive scene, which now more regularly supports these formats. Subsequently, outside of MTG Arena, Standard is becoming less and less relevant, to the point that most players don’t care about it anymore. Thankfully, there is a glimmer of hope on the horizon for players who care about Standard as it’s the format for the next round of Regional Championships. This may inject some life back into the format, however, it’s unclear how long that may last. Ultimately, Standard can still be a lot of fun, however, due to the disinterest on paper, the future of Standard is becoming less and less clear.