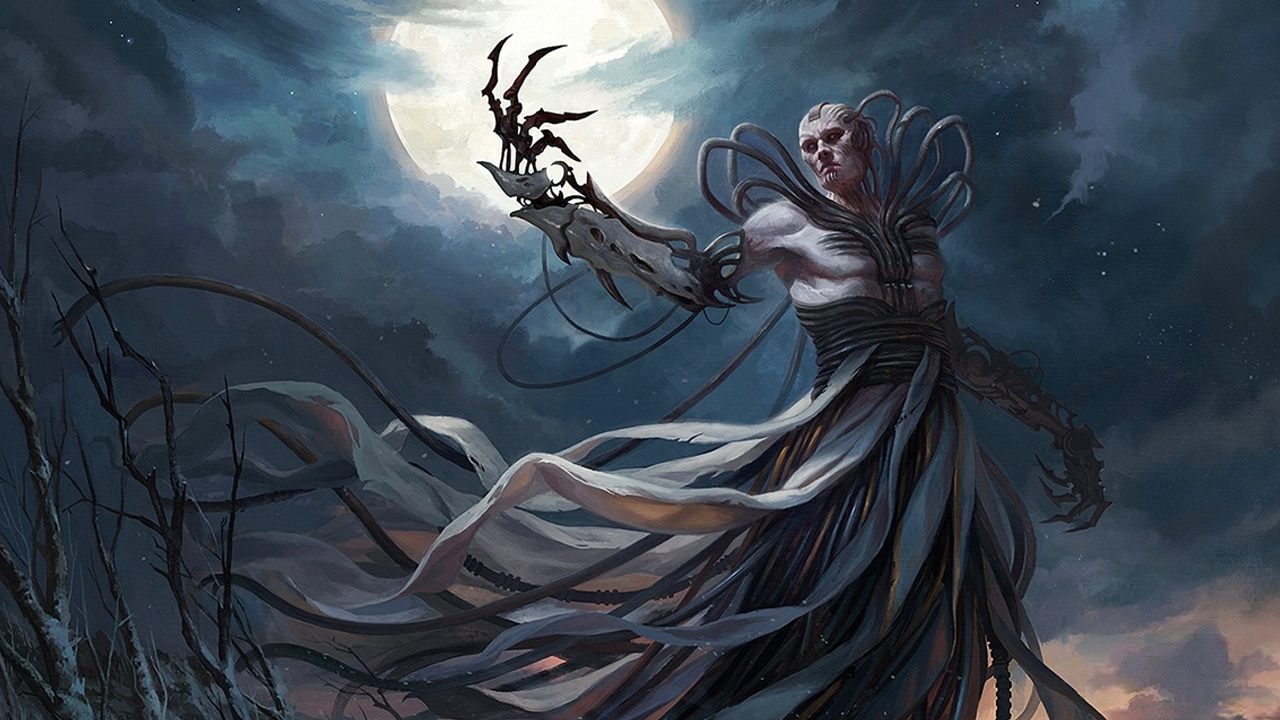 Throughout 2022, Wizards of the Coast has released no end of new and exciting products. From the very enjoyable Kamigawa: Neon Dynasty to the recently released Dominaria United, players have countless new cards. For many players, however, this constant supply of new and exciting cards has been too much to keep up with. As a result, MTG collectors and players are becoming overwhelmed and fatigued by the sheer volume of products WotC releases. Following the launch of Dominaria United, it appears that Wizards is finally paying the price for this overindulgence.

As the start of Magic: the Gathering’s Phyrexian arc and the catalyst for rotation, Dominaria United gives players a lot to be excited about. Across social media, there are those enthralled by Dominaria United’s new cards and limited environment. Unfortunately for Wizards of the Coast, however, that does not mean the set is an overwhelming success. If newly revealed data is to be believed, the set might be seriously underperforming.

Outside of its baffling launch weekend sales trend, Dominaria United is similarly underperforming compared to past premier sets. In the same amount of time, for instance, Streets of New Capenna sold over $100,000 more than Dominaria United. According to Prid3’s mined statistics, Dominaria United has currently sold $1,181,751 worth of product. Meanwhile, Streets of New Capenna had total sales of $1,282,521 simultaneously. Kamigawa: Neon Dynasty eclipses both these sets with total sales of $1,435,616 up until its launch weekend.

While we can look at the data all we want, there’s no perfect explanation for these sales trends. Players may not like Dominaria United as much as is suggested online, for instance, or all the world’s MTG collectors could be off sick right now. Additionally, the cost of living crisis, impending recessions, and price increases may also play a factor. Conspiracy theories aside, the data does inspire some actual answers. Namely, that Double Masters 2022 is to blame for Dominaria United’s lackluster reception.

Selling $1,712,218 of product in its launch weekend alone, Double Masters 2022 is an unmitigated success. So much of one that it makes Magic: the Gathering’s premier sets look honestly kind of pathetic. As a result of this massive spending, users on the mtgfinance subreddit suggest that players have essentially blown their budgets. As Prid3 theorizes, “2X2 rampant success meant that players were spent when it came time for DMU’s release.”

Alongside Prid3’s analysis, other Reddit users suggest that Wizards made Double Masters 2022 too popular for its own good. User CocoScruff, for instance, claims that “[2X2] was so loaded that it pulled sales from the surrounding products as seen in Commander Legends.” CocoScruff also states that Double Masters 2022 was pinching bombs from other sets to ensure its success as Battle for Baldur’s Gate “clearly should have had dockside extortionist and imperial seal in it.” While this may seem like a problem at first, the sheer success of Double Masters 2022 proves this strategy works. Even if it caused sales dips or fatigue, Double Masters 2022 made more than enough money to justify this approach.

Not the End of the World

While things look bad for Dominaria United now, especially as card prices tumble, the concern may be premature. A 75% drop in orders being placed on release weekend may seem dire. However, that is only one day. Following this sales dip, Dominaria United’s sales may see a late spike that puts its revenue above past sets. Even without a theoretical spike, Dominaria United is only eight percent lower than its competition, which isn’t too bad.

As Prid3 notes themselves, “by no means does this objectively prove that wallet fatigue is plaguing Magic or whatever, it’s only a few data points, and there’s other possible explanations, but I do think that it makes a strong case that sets following absolute home-runs like 2X2 will struggle to generate an average number of sales.” Whatever the exact cause of Dominaria United’s diminished sales, we can be sure that Wizards is paying attention. As Magic: the Gathering’s lead designer has stated time and time again, “success breeds repetition.”