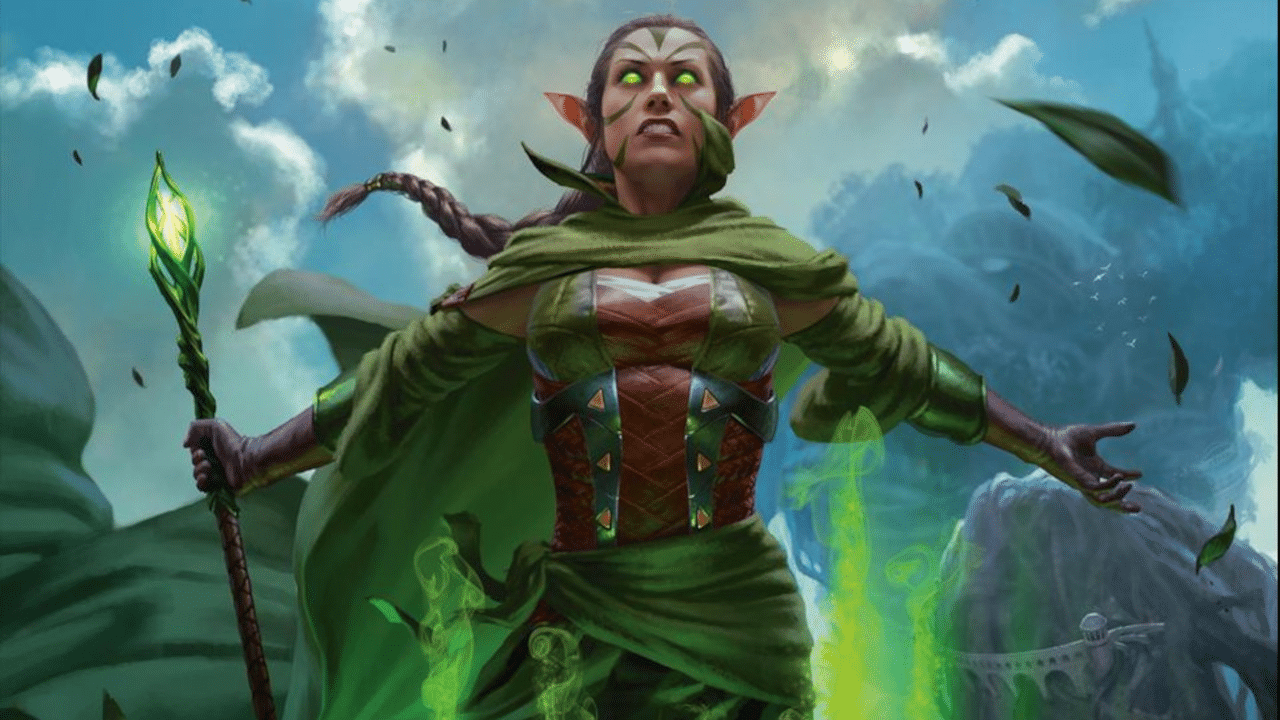 Last week, we saw the banning of a couple format all star cards, Winota, Joiner of Forces and Expressive Iteration. Winota being the top deck of the format, and Expressive Iteration being a multiformat, multideck all star, it was safe to say the format was going to be in flux. Well, we had a major event happen over the weekend that really showcased what the metagame looks like for Pioneer, and it looks awesome!

The NRG Series of events is one of the premier tabletop series out there, with Lansing being the most recent event. The event was Pioneer, and had 200 players. First off, let’s take a look at the breakdown of the metagame for the tournament. Thanks to HollyMacaroni01 on Twitter, we have a nice graph to show the top 10 decks of the event.

As we can see here, the metagame looks relatively diverse. It was to be expected that Mono Green Devotion took the top spot in the meta. It’s a straight forward playstyle, and it was an up and coming staple of the format.

The next few decks down also make a bunch of sense, with Rakdos Midrange and Azorius Control being format staples as well. What’s surprising, and maybe not so much, is that Izzet Phoenix still shows up tied for 3rd place in meta share. With it losing Expressive Iteration, you wouldn’t be faulted for thinking the deck lost a good chunk of power. But clearly, people still think that it’s a very viable deck, and it goes to show just how strong that deck was.

The rest of the decks down the line are also all metagame staples. This does make some sense that a lot of the meta staples would continue to be staples. What’s really cool about this event though was the top 16, as we see a fair number of decks in there that aren’t in this graph!

For the Top 16, we see a good mix of decks 10 different decks making an appearance here. Five of them are decks that aren’t in the graph above!

So let’s start with Top 8. Izzet Phoenix taking the tournament down was a very unexpected, but cool to see the deck still has legs. Mono Green coming up in 2nd, and Mono Blue Spirits in 3rd. Rakdos Sacrifice comes up in 4th as the first off meta choice. This version of the deck isn’t playing Oni-Cult Anvil, it’s a more traditional Cat-Oven style.

The next somewhat off meta deck choice was Esper Control. Now Esper is a very interesting choice, as it should have a better early game match up against things like Mono Green or Rakdos. It’s sporting some hand disruption and early single target removal to deal with things on the board.

In 11th place, we have Izzet Combo, which is just Izzet Indomitable Creativity combo. At 14th, we have 5 Color Niv Mizzet, which used to be a staple but had been fairly low in the overall meta share. Speaking of a deck that’s been phased out, in 16th place we have 5 color Humans! Once one of the strongest decks in the format, it fell to the wayside but it seems that it could be back!

Overall, the metagame is looking quite interesting! Since this is one of the first major events post banning, we’ll have to see how much of the door is left open for some of these off meta picks to shine.