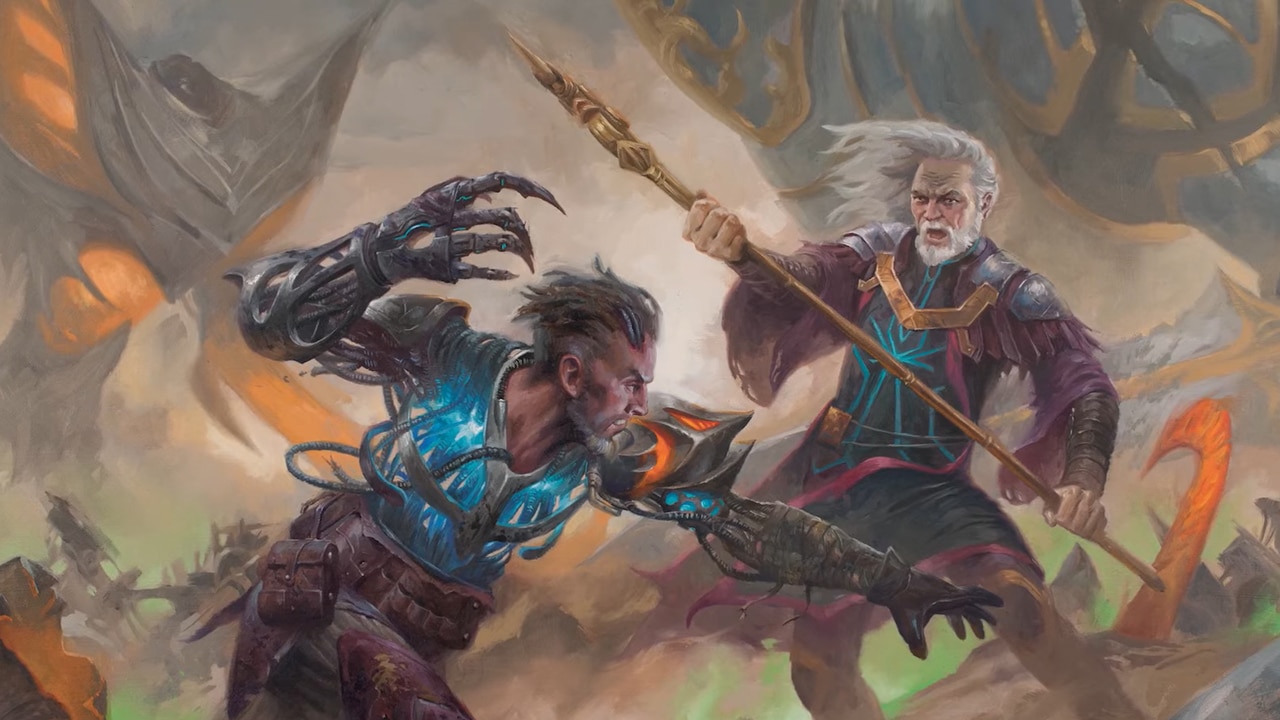 Previously, Standard used to be the crown jewel of Magic: the Gathering’s litany of formats. Recently, however, it appears that the appeal of Standard has all but dried up, with many players neglecting it entirely. Despite once unquestionably being MTG’s premier format, however, few players are actually mourning the loss of Standard in MTG. Instead, many players seemed all too happy to move onto the next biggest and best format, which is currently Commander. Now that the enfranchised masses have moved on, one question remains about Standard’s demise: what caused it to happen?

Following Standard’s fall from grace, many players have had their own reasons and suspicions about what caused Standard’s demise. Typically, however, these theories have been little more than speculative murmurings spoken around tables while playing other better formats. Recently, MTG’s Vice President of Design set about to change that, giving players a platform to voice their genuine concerns.

Taking to Twitter, Aaron Forsythe recounted how “over the past few years, Standard play has dried up in many stores.” Forsythe explained they “have my own list of possible reasons,” for why this has happened. However, they didn’t want to merely add to the quiet speculation. Instead, Forsythe turned to the MTG community at large, stating, “I’d love to hear from you about your store community. Why has sanctioned Standard play declined relative to other formats in your store?” Forsythe was inundated in a matter of minutes, with countless responses from players providing insight from across the MTG community.

The Death of Standard

Throughout the litany of responses that Forsythe received, several key flaws and failures of Standard were identified. King amongst these reasons, according to veteran players, was the recent failings of MTG’s competitive system. Most prominently, this key point of failure was voiced by MTG Hall of Famer Brian Kibler. “I feel like a big part of why people played standard was because it was the most common competitive format at big live events that felt like they mattered,” Kibler stated. “There have not been big live events that felt like they mattered in years.”

Similarly, MTG pro player and YouTuber Andrea Mengucci stated that previously, “the competitive system worked. The PT dream existed.” Because of this dream, Mengucci recounted how “people traveled hours to PTQs. GPs were appealing events people wanted to go to.” When participating in these events, MTG players worldwide would be playing one thing, Standard. As Mengucci notes, however, that wasn’t necessarily because they wanted to. Instead, Mengucci claims, “we were playing Standard because we had to in order to live the dream. With that gone, players discovered better formats.”

Many players suggested on Twitter that Standard was only popular because Wizards forced it to be. In their own experience, Mengucci explained they feel like they have to play whatever Wizards decrees to participate in events. “As an example, these weeks and months I ‘had’ to play Pioneer, which I don’t like, only because of the upcoming Regional Championship. I would rather play other formats and watch other content, but instead, Competitive Magic told me to play this other one, and I do it.” This position was similarly shared by other Twitter users, such as Luca Magini, who simply stated Standard isn’t popular anymore because “WotC isn’t forcing Standard as a format anymore.”

While it should be one of the format’s greatest strengths, many players also bemoaned Standard’s rotation for ruining the format. Even with the speed that formats can be solved nowadays, Standard still changes a lot thanks to rotation. What may be a powerful deck one week can be almost entirely ineffective the next week after players devise answers. Similarly, for better or worse, surprise bans can shake up the format to begin this process anew. In theory, a format in flux should be a very good thing since players don’t have to rely on net decking. In reality, however, MTG is not cheap, with decks requiring significant investment to build. This makes building an uncompetitive deck an inopportune prospect that often feels like a waste of money.

Due to these issues, MTG players weren’t shy about voicing their concerns to Forsythe on Twitter. For instance, MTG pro Pascal Maynard stated, “Standard is impossible to keep up with for the average LGS player who play once every ~two weeks.” Non-rotating formats, on the other hand, don’t suffer from these issues anywhere near as badly. Maynard notes, for instance, that “formats like Modern/Pioneer thrive because player can come back from hiatus and still have a relevant deck.”

While this is definitely an issue, Forsythe chimed in to note that this problem isn’t entirely new. “Hasn’t the upkeep always been true about Standard?” Forsythe posited, prompting Maynard to admit that “yes,” it has. Despite rotation always existing, however, Maynard went on to explain that “for a long time, there wasn’t much other options. Now that Pioneer and Commander exist (and well supported), these formats fit the average LGS player lifestyle much better.” Subsequently, due to these other, arguably better, options existing, there’s simply no reason to play Standard anymore.

A Heavy Price to Pay

Since the format is subject to constant changes and rotations, many MTG players complained that Standard is now surprisingly expensive. As Streamer Daniel Crabtree noted, “The cost of the game has really hurt rotating formats. It’s expensive to keep up.” Responding to this complaint, Forsythe stated, “I don’t know that the cost of rotating formats has really changed much,” however, players were quick to respond in kind. With players reiterating past arguments and linking statements from Wizards decreeing price increases, Forsythe could only respond with “got it.”

Alongside rising costs turning away casual enjoyers, Standard players were offered a compelling alternative. While it’s certainly not perfect, MTG Arena offers players all the Stanard they could ever dream of playing. No longer do players have to wait a week or two for a Standard FNM; they can play whenever they want to. This allows players to experience the format’s changes in real-time rather than being abruptly confronted with them on the occasions they do get to play.  Subsequently, as YouTuber Amy the Amazonian notes, “with Arena offering Standard as its main piece, paper also moves away from that.”

Evidently, Standard has its problems, to say the least. These issues, however, might not have been enough to kill the format on paper on their own. Unfortunately, as many players noted, these persistent problems weren’t the only issue Standard faced recently. Thanks to the COVID-19 pandemic, Standard play on paper was almost entirely wiped out. Tournaments were shut down, killing off the format’s biggest draw, so casual players moved to different formats. Standard players who were left were pushed online to MTGO and MTG Arena in order to get their fix. Since the competitive scene for Standard has been left lacking on paper, these players have had little incentive to return.

Now that Standard on paper seems well and truly dead, some users on Reddit took to asking what comes next. After all, if Standard isn’t the format it used to be, does MTG really need four Standard sets a year? While Reddit user u/Mulligandrifter stated they “wouldn’t be surprised if this was the way WoTC was approaching the subject,” Premier sets probably aren’t going anywhere. On paper, Standard may be tremendously underplayed, however, on Arena, the format is still alive and well. Subsequently, it’s unlikely that Wizards would entirely gut the format in favor of more Commander, Modern, or Pioneer-focused sets. That being said, due to Standard decline, it’s not unreasonable to expect that Wizards may experiment somewhat in future sets.