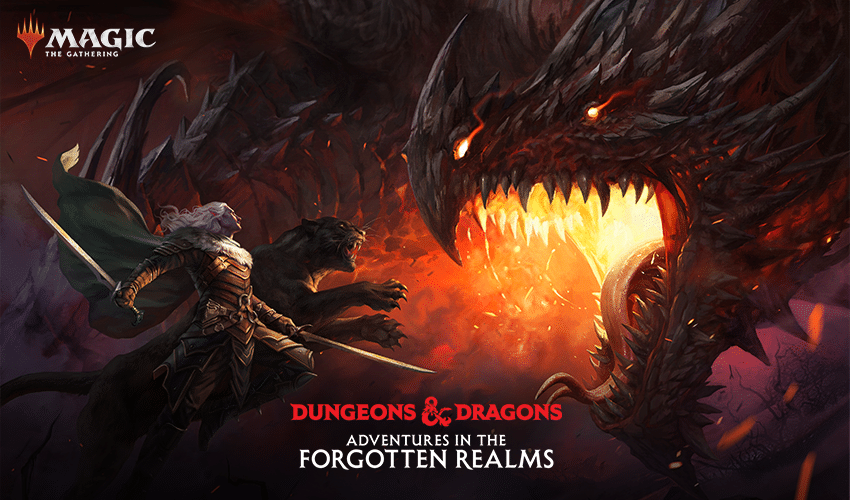 Last week, Wizards of the Coast gave us our first look at the upcoming Dungeons & Dragons: Adventures in the Forgotten Realms set, revealing the first batch of crossover cards from the next Standard-legal expansion, its packaging, and the names of the four new Commander preconstructed decks that will be released with the main set, but now fans are wondering if its lore will officially be part of Magic: The Gathering’s canon, if it will be set in the Multiverse, and feature planeswalkers. Thankfully, Magic Head designer Mark Rosewater has provided an answer.

When a fan asked, “Vorthos-wise, will the new Forgotten Realms set be separate from the rest of the multiverse in the same way as Bablovia? We won’t be seeing any planeswalkers coming to Faerûn?”

On his Blogatog post, Rosewater responded: “Correct. It’s not occurring in Magic’s multiverse.”

For those unfamiliar, Bablovia is the setting for the silver-bordered Un-sets (Unstable, Unhinged, Unglued, and Unsanctioned). Now that we know that Adventures in the Forgotten Realms will have a separate lore from the rest of the Magic multiverse, just like Bablovia, fans shouldn’t expect to see planeswalkers and other MTG characters in the upcoming crossover set. This makes sense since Forgotten Realms, the fantasy world setting of D&D, is not considered part of the Magic multiverse.

Dungeons & Dragons: Adventures in the Forgotten Realms is set to release for tabletop worldwide on July 23, 2021. It’s also set to release on Magic: The Gathering Arena and Magic Online a week earlier.