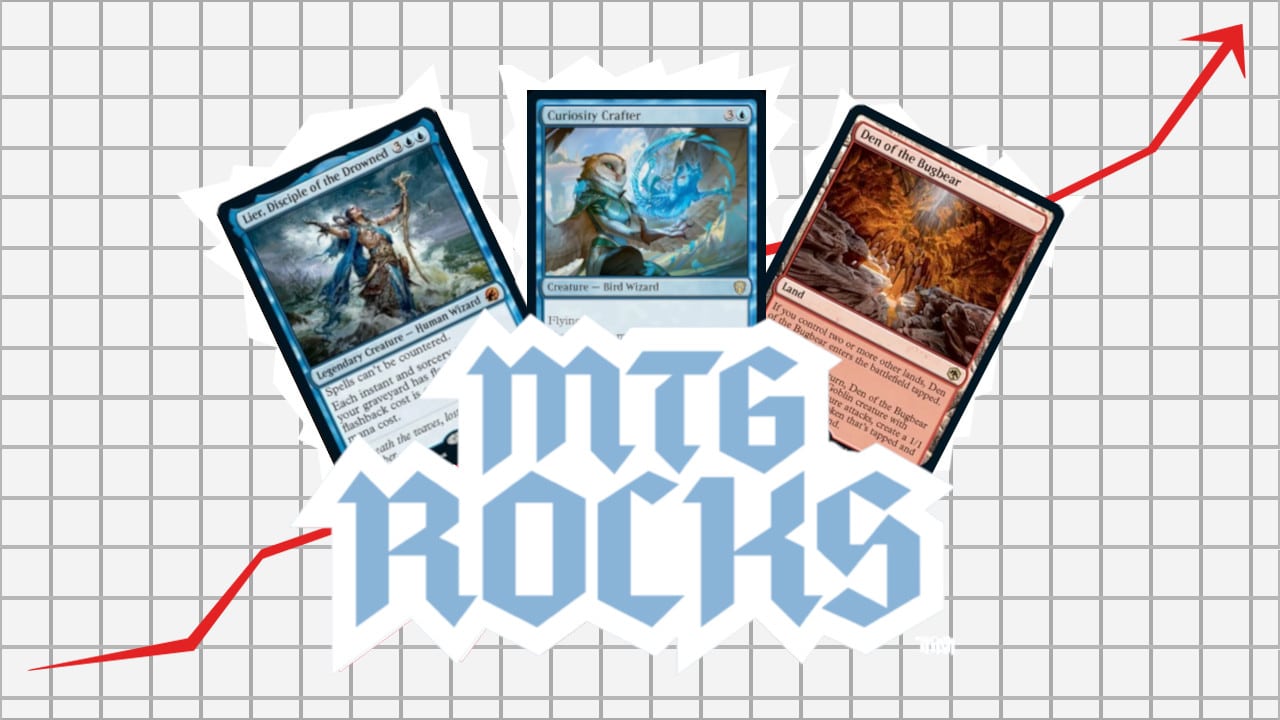 Things are slightly slow in the world of Magic: the Gathering finances as we await the release of Kamigawa: Neon Dynasty. But a lot of cards have been trending upwards in price as of late, and there was one Commander price spike that stood out this week.

Curiosity Crafter was not on a lot of players’ radars for a long time. Because of this, it was only $0.50. But due to its synergy with Millicent, Restless Revenant, from the Spirit Squadron Commander deck, players have flocked to the card-drawing Bird Wizard.

Crafter’s price started trending up a week after Spirit Squadron‘s release, and this week, Crafter saw a substantial spike in price. Now, the card is about $12.00.

It feels so epic when you slam Lier, Disciple of the Drowned, in MTG Arena and all the spells in your graveyard appear next to your hand, giving you an arsenal of spells spanning across your entire screen. That’s why I and another writer at MTG Rocks crowned Lier as our favorite card of Midnight Hunt in our podcast.

The market seems to be reflecting the sentiment that we share at MTG Rocks. Lier has been on a steady rise in price for a while now as you can see in the graph below, and it had a minor spike over the weekend.

Lier dropped as low as $5.00 when Midnight Hunt was released, but at the time of writing, it’s up to $11.00. It is worth noting, however, that you can still pick up the showcase variant for around $7.00.

Den of the Bugbear

Den of the Bugbear’s ability to enter the battlefield untapped in the early turns of the game gives this card a lot of appeal compared to traditional creature lands like Raging Ravine. This holds especially true in an aggressive color like red.

This card has been steadily rising in play across Magic formats, which is why its price has climbed from $1.50 to nearly $9.00 since the release of Adventures in the Forgotten Realms.

Guildpact Informant is a pretty obscure Magic card. It was an exclusive to a War of the Spark Planeswalker deck and players thought nothing of it for a long time. In fact, the card is just a Thrummingbird but costs one more mana.

Nevertheless, this common Faerie is pushing $5.00 at the time of writing. Its price has been climbing the charts since the beginning of December as players realized the importance of proliferate abilities inside the new, popular Commander, Toxrill, the Corrosive.

Snapcaster Mage is a classic MTG card. The card’s simple, yet powerful design has made it a staple of every format it is legal in. While its reputation still stands, its playability does wax and wane with the metagame.

Since the release of Modern Horizons 2, Snapcaster has seen less play than it used to. As you can see in the graph below, the card’s price reflects this. At the time of writing, you can pick up Snapcasters for between $35.00 and $40.00.