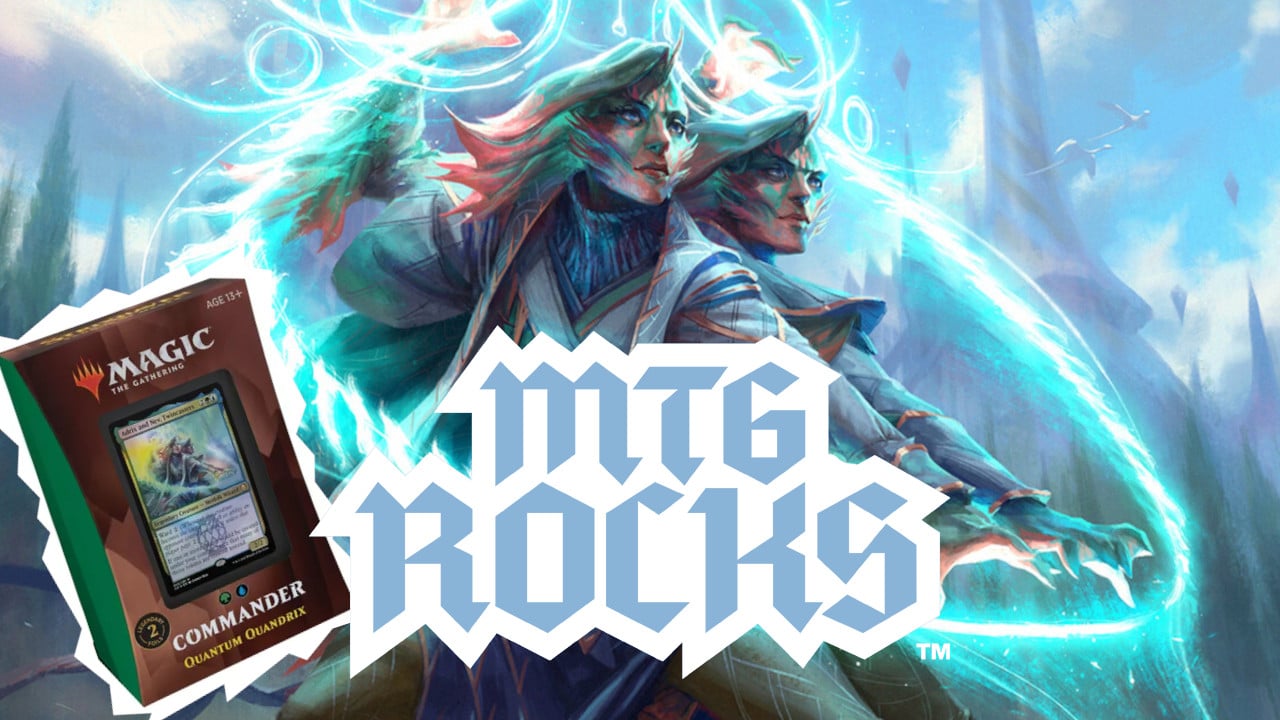 The Quantum Quandrix Commander deck introduced a lot of exclusive MTG cards for any token-themed Commander deck. The deck also includes a few highly desirable reprints, cards that were quite expensive, but are now available for just a few dollars.

But you don’t have to spend $40.00 to buy the whole preconstructed Commander deck. Here are some of the best single cards you can buy from the deck to power up your other Commander decks.

Guardian Augmenter is most comparable to Bastions Protector, a card that around the release of Commander Legends, jumped to $15.00.

Guardian Augmenter is only $1.00-$2.00 at the time of writing. When the next Commander Legends comes out this year, there’s a good chance we’ll get new mono-colored partner legendaries. If that’s the case, you’ll want to have stocked up on both Augmenter and Bastion Protector.

There’s no limit to how many cards you can draw each turn with Curiosity Crafter. If you hit someone with 12 tokens, you draw 12 cards. This is a good enough effect on its own, but Curiosity Crafter also acts as a Reliquary Tower by getting rid of your maximum hand size.

You might be surprised at how expensive this card is. It is currently $12.00-$14.00. But that’s because it works well in any token deck including two new popular Commanders Millicent, Restless Revenant and Toxrill, the Corrosive.

Spawning Kraken was included in the Quantum Quandrix deck because copying 9/9 tokens is extremely scary. And while this card works great with Parallel Lives effects such as the face commander the deck, [tooltipsAdrix and Nev, Tiwncasters[/tooltips], Spawning Kraken actually has a better home.

Innistrad: Crimson Vow gave us an awesome sea creature legendary in the form of Runo Stromkirk/Krothuss, Lord of the Deep. If you use Krothuss’s ability to copy Spawning Kraken twice, you’ll get three 9/9 tokens for every sea creature you deal combat damage with. That’s a lot of power you’re putting onto the battlefield!

RELATED: Best Cards to Buy For Runo Stromkirk in Commander

But Adrix and Nev still see substantial play outside of their own Commander deck because their ability is that powerful. Decks like Lonis Cryptologist, Riku of Two Reflections, Koma, Cosmos Serpent and almost any token deck containing green and blue are all playing Adrix and Nev.

Before getting reprinted in the Quantum Quandrix Commander deck, Exuri’s Predation was really expensive. It used to be about $15.00. But thanks to the reprint in Quantum Quandrix, you can pick up a copy for around $1.00-$2.00.

This card is effectively a board wipe with the upside that you’ll likely end up with a bunch of 4/4 tokens on your side of the field. Add some token doublers into the mix, and Ezuri’s Predation can flat out end games.

We can never have too many reprints of Rapization and Pongify. They are both staple removal spells in blue Commander decks. For one mana at instant speed, you can turn your opponent’s biggest threat into a mopey Frog Lizard. This is premium removal and well worth picking up for around $2.00-$3.00.