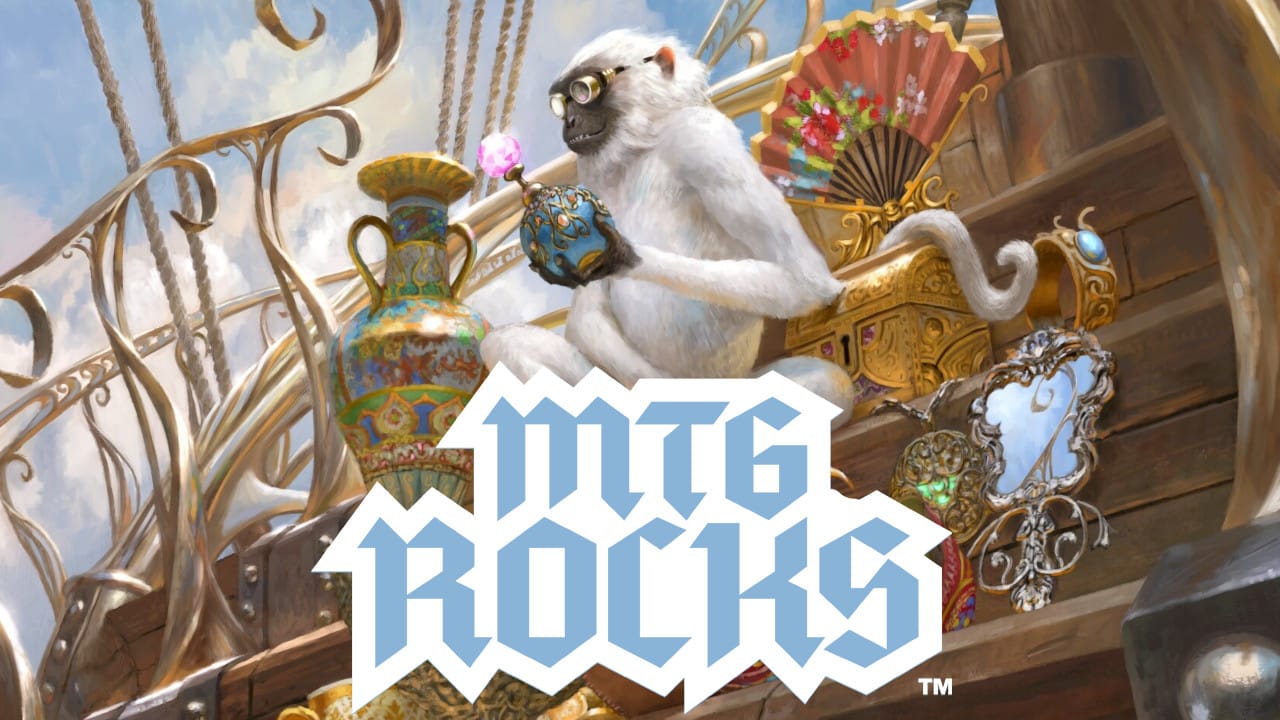 Modern Horizons 2 resculpted MTG metagames. The set impacted Legacy and Commander, and it absolutely flipped Modern on its head. There are just so many solid cards from the set, perhaps the best of which is Ragavan, Nimble Pilferer.

There’s a divide amongst Magic players about whether the Monkey Pirate is too good and deserves to be banned. While Ragavan is certainly an example of Wizards of the Coast pushing a Magic card to the limits, I am of the opinion that they did not push Ragavan over the edge of acceptability.

In fact, the Modern metagame is currently diverse, healthy, and thriving. And despite many decks playing Ragavan, there are just as many ways to stop the Nimble Pilferer.

The Case For Ragavan, Nimble Pilferer

The notorious Ragavan serves as both mana ramp and card advantage, wrapped up in one, one-mana creature. It makes a Treasure token whenever it deals combat damage to your opponent, and lets you play the top card of that player’s library until the end of turn. It even has dash, allowing you to cast Ragavan for an additional mana, giving it haste under the condition you return it to your hand at the end of turn.

I know that sounds like a lot. And it is. When your opponent plays a Ragavan on the first turn of the game, it can seem like the game is already snowballing out of control. But there are three reasons why I think Ragavan is not overpowered and should remain Modern legal.

#1) There Are An Abundance of Spells That Answer Ragavan

If your opponent plays Ragavan on Turn 1, you can kill it on Turn 1. Lightning Bolt, a mainstay of the Modern format since its inception, is such a heavily played card for a reason. It’s been killing little creatures long before Ragavan was ever printed and it will continue to do so long after.

Fatal Push and Path to Exile wax and wane with the metagame but are both still commonly played cards that can deal with a Ragavan.

I have a lot to say about how good Prismatic Ending is, as I consider it to be one of the most versatile MTG removal spells ever printed. It’s played in a variety of decks and answers a variety of threats on curve, one of which being Ragavan.

Steal Ragavan, Exile it, or Clear the Board

I can’t list every spell that can kill Ragavan because there are simple so many. But just to list a few more:

Archmage’s Charm can take control of an opponent’s Ragavan to use it against them. Solitude is another of MH2‘s most played cards and can exile any creature on the battlefield. And Engineered Explosives is a commonly played sideboard card that you can scale to take out varying sizes of permanents.

#2) Any Blocker Puts An End to the Monkey Business

Unlike other mana dorks like Birds of Paradise or Noble Hierarch, Ragavan doesn’t unconditionally gain you mana each turn.

If you stick something like a Wall of Omens into play, it can block Ragavan to the ends of the earth. And that goes for any creature be it Tarmogoyf, Death’s Shadow, or Endurance.

You don’t automatically lose if your opponent hits you with a Ragavan. It will net them one Treasure. But that mana generation is similar to Birds of Paradise or any other mana dork.

And as for the cards Ragavan can steal off the tops of libraries, a large portion of the time, the Ragavan player won’t even be able to play those cards. Ragavan doesn’t cast those cards for free. A player still has to pay the exact mana cost of spells exiled via the Nimble Pilferer. That includes the color requirements of cards that may or may not align with the Ragavan player’s lands. The Treasure helps, sure. But it doesn’t help cast everything.

Yes, if a Ragavan successfully attacks you four turns in a row, things are going to look grim. But that’s the same as with any creature in Modern. If a Tarmogoyf hits you four times, you’re likely to be flat out dead.

Will Ragavan Get Banned?

In my opinion, no, Ragavan will not get banned any time soon. Modern is in a healthy place with a wide array of viable decks. Ragavan is not so overpowered so as to disrupt the entire balance of the format, as is the case with most previously banned cards like Oko, Thief of Crowns or Uro, Titan of Nature’s Wrath.

If you’re nervous about buying Ragavans for nearly $80.00 a piece (at the time of writing) because you think there’s a chance they’ll get banned the next day, I think that’s less likely to happen than you think.

A reprinting is far more likely to be the cause of dropping the Pirate Monkey’s price. But as MH2 was only recently printed, I don’t think will happen any time soon either.