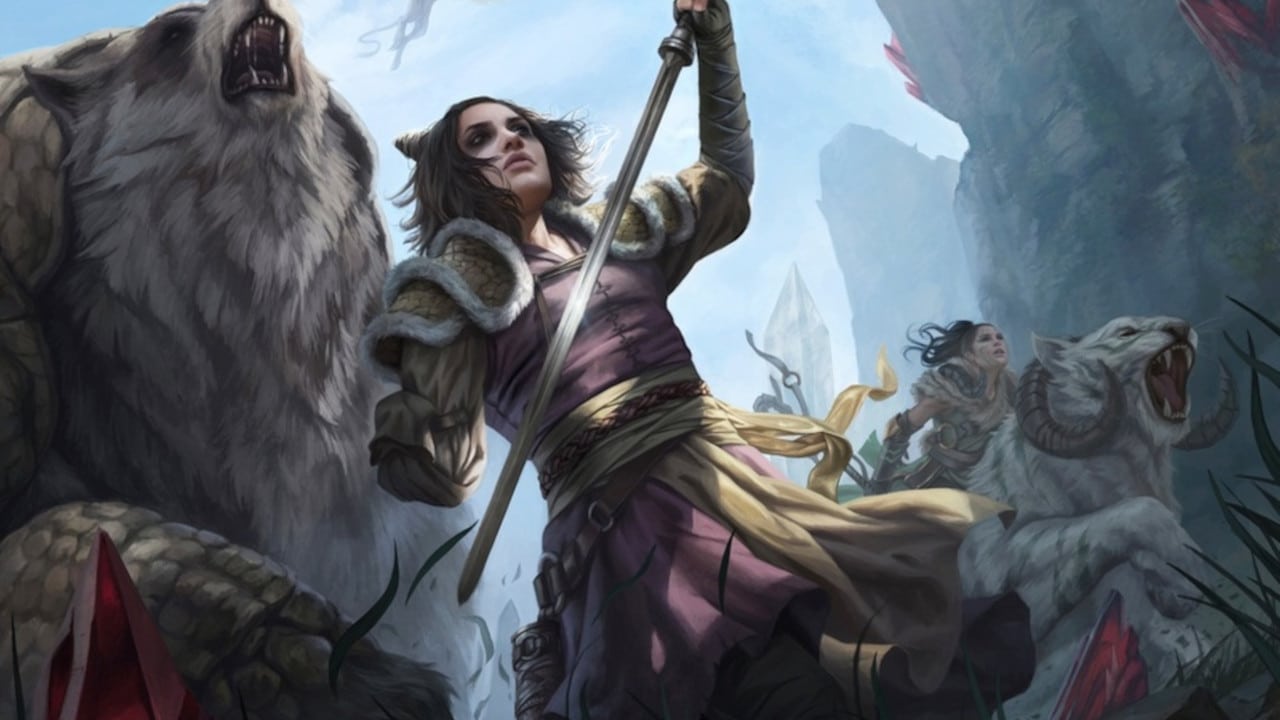 Winota, Joiner of Forces, is like a snowball rolling down a hill. Once you start attacking, she amasses more creatures to join the fight until the snowball is too big for your opponents to handle.

This is the perfect Commander for players who like turning their creatures sideways and attacking. Winota is aggressive, competitive, and has some sweet infinite combos.

There’s a delicate balance to building any Winota Commander deck. Her ability requires a high density of non-Human creatures but rewards you with Human creatures from your deck. While this can be a tricky deck-building constraint, it also makes building the deck extremely fun and challenging.

The best part about playing Winota is spinning the “lottery wheel” and seeing what sweet creatures you can put into play for free. Before I get to any of the combos you can find with Winota, I first want to show off a couple of massive threats that can end games on their own.

Imagine making an all-out attack and flipping Angrath’s Mauraders into play with Winota’s ability. It doubles the damage output of all your creatures. This can easily catch opponents off guard and win games on the spot.

Blade Historian is similar to Angrath’s Mauraders in that it can double up the attacking power of your creatures. But it does so in a different manner. Instead of doubling the total damage dealt, it gives your creatures double strike.

If Winota flips both Blade Historian and Angrath’s Mauraders into play, you’ll quadruple your damage output.

‘Stax’ decks in Magic: the Gathering, sometimes referred to as “prison decks”, try to oppress their opponents with taxing effects or lock them out of playing certain cards.

If you hit multiple Stax pieces with Winota’s ability, your opponents won’t be able to properly execute their strategies.

Because Winota Commander decks play such a high density of creature spells, cards like Thalia, Guardian of Thraben, are basically a one-sided tax on all your opponents’ non-creature spells.

This is one of the most devastating Stax cards in Commander. Drannith Magistrate stops your opponents’ graveyard shenanigans. But most importantly, it prevents your opponents from casting their Commanders.

While Rule of Law is symmetrical, Winota acts as a loophole to the effect because she puts creatures into play without technically casting them.

There are so many cool cards that Winota can find with her ability. But to do so requires some setting up. You’ll need non-Human creatures, and preferably a lot of them.

Ideally, Winota wants a high density of creatures on the battlefield before you cast Winota herself. That way, you can attack and get value out of Winota on the turn you play her.

Even though they won’t deal any damage themselves, zero-mana creatures are a great way to trigger Winota’s ability. Evasive creatures, like Rograkh and Ornithopter, can safely attack over several turns, triggering Winota multiple times.

Ragavan is one of the best one-drops ever printed; it can steal your opponents’ cards and help ramp into Winota. You can use Hope of Ghirapur as a Silence effect to make sure key combo pieces resolve. And Signal Pest will buff your entire team whenever it attacks.

The more creatures you attack with, the more times you can use Winota’s ability. Creature tokens will enable this “go-wide” strategy.

Humans that make non-Human tokens play an important role in this deck. You can find these cards off the top of your library with Winota’s ability and they produce creatures you can use to trigger Winota’s additional times.

Read More: This Kamigawa Commander Comes with an Impossibly Hard Challenge — Can You Do It?

Both Goblin Rabblemaster and Legion Warboss make consistent streams of Goblin tokens to make sure you always have fuel for Winota’s ability. These are must-includes for any Winota Commander deck.

Casting and keeping Winota in play is absolutely crucial to this deck’s strategy. Without her, this becomes a rather underwhelming Boros aggro deck.

That’s why you must protect Winota at all costs. Luckily, there are several options that do this, such as Mother of Runes.

Read More: Save Money Playing Magic: the Gathering with a Share Binder

You can grind extra value out of Winota by taking multiple combat steps. Both Combat Celebrant and Breath of Fury will untap all your creatures and allow you to attack again, gaining even more Winota triggers.

As a mini-combo, Winota can play Auratouched Mage from your library, which puts Breath of Fury directly from your deck into play and begins a chain of multiple combat steps.

Kiki-Jiki is a well-known Commander combo piece and it’s perfect for Winota, Joiner of Forces. All you need is Kiki and either Zealous Conscripts or Village Bell-Ringer, both of which are Humans and can be found with Winota’s ability. Here’s how the combo works:

Read More: Go INFINITE With This Hyper-Competitive Value Engine of a Commander