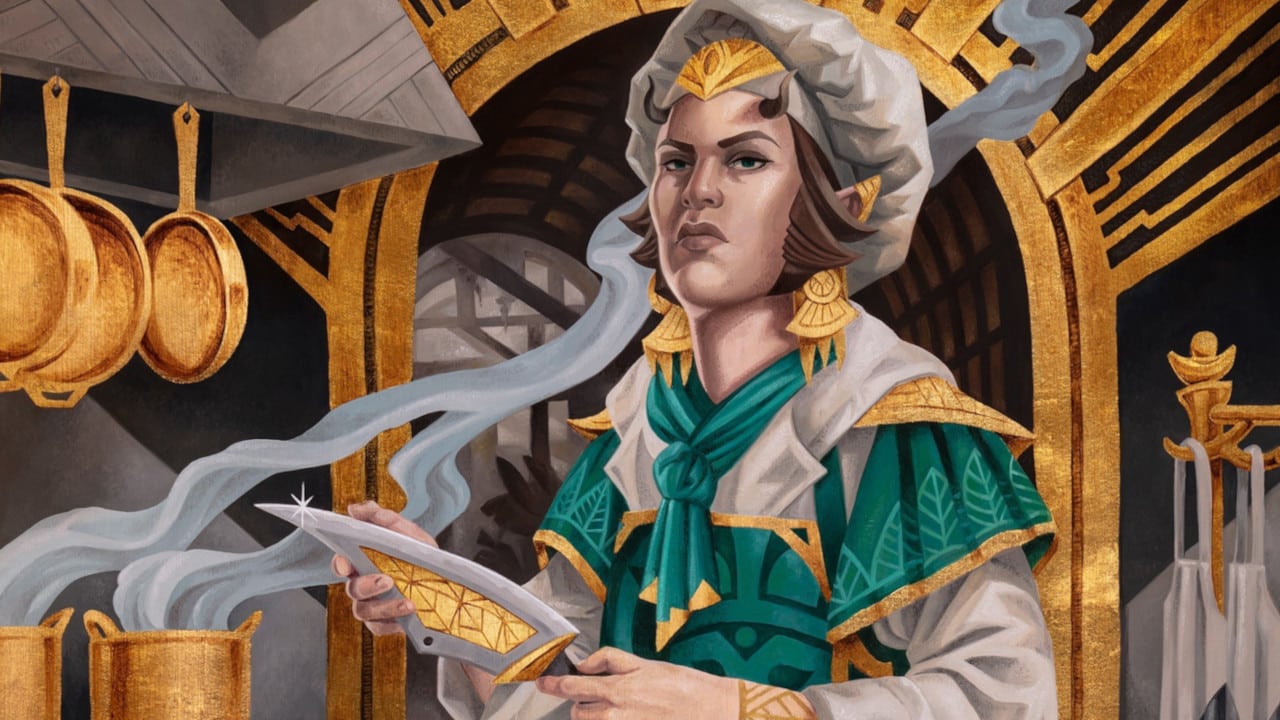 MTG's Latest Specialty Foiling Treatment is Actually Popular For Once

Foils cards can be a controversial topic in Magic: the Gathering.

When it comes to traditional foils, players frequently call them “Pringles” because of their questionable quality and tendency to fold in on themselves like the famous curled potato chip.

Then, there’s the topic of new foils. Wizards of the Coast shifted their business model to emphasize the collectibility of the game. They’re constantly inventing new alternate arts, frames, and foiling processes.

Etched foils have been hit-or-miss with the fan base’s aesthetic tastes. And we already know WOTC is experimenting with new types of MTG foils, like textured foils in Double Masters 2022 and Galaxy foils in Unfinity.

However, WOTC’s latest foil treatment, Gilded Foils, seems to be an overall hit with the Magic community. This article will cover some of the best and most expensive Gilded Foils from Streets of New Capenna.

When they first came out, players were hesitant about Gilded Foils. The gold-leaf treatment was shiny but no one knew if these would be the next “MTG Pringle”. But once New Capenna was released and people got their hands on Gilded Foils, they realized two things. Gilded Foils look amazing and they are rarer than we initially thought. Because of this many Gilded Foil prices went up in price.

Ognis is one of the more popular Commanders from Streets of New Capenna as it plays well with all the new support for Treasure tokens. Currently, it is about $7.00.

RELATED: Want to Go Fast? This is the Hastiest Commander in Magic: The Gathering

Some players claim Riveteers Charm is the best of New Capenna‘s charm cycle, which is why it recently rose from $4.00 to $8.00.

On New Capenna‘s release weekend, Maestros Ascendancy was about $2.00. But it rose to $8.00 once people caught on to the Gilded Foil craze.

Evelyn is one Gilded Foil that is actually trending down in price. At the time of writing, it is about $9.00. But it is still a popular Commander and plays well with Vampires.

Brokers Ascendancy is about $11.00-$12.00. It works well in any deck that wants to put counters on its creatures or planeswalkers, such as Atraxa, Praetor’s Voice.

Read More: Copy the Cruelest of MTG Ultimatums With This Baulder’s Gate Leak

Coming in at $13.00, this is the most expensive Gilded Foil of New Capenna‘s cycle of “Ascendancy” enchantments.

Players are excited about Void Rend for multiple Magic formats. Because of this, the Gilded Foil is about $17.00.

Read More: When Did This Sideboard-Savvy Planeswalker Get So Expensive?

People love their pets, which is why I think Jinnie Fay is $25.00 at the time of writing. Plus, she makes for a powerful token Commander.

The Bosses of New Capenna