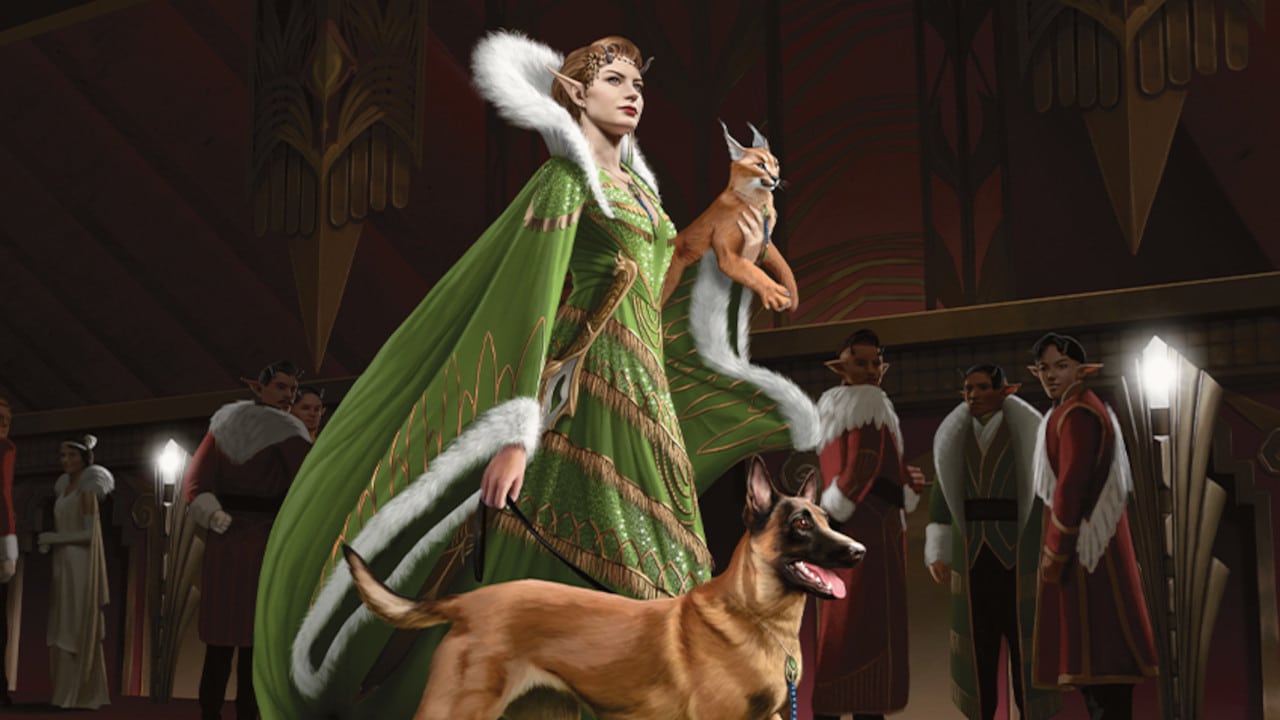 Cats, Dogs, and Infinite Combos - This Commander is Purrfect

Jinnie Fay, Jetmir’s Second, is neither a cat-person nor a dog-person; she is both! In Commander, she’ll populate your field with a pack of furry friends which you can use to beat down your opponents or perform infinite combos.

Plus, for any pet owners out there, you can have some extra creative fun when building this deck. I am personally building this Commander deck and I am going to turn pictures of my cat and dog into proxied creature tokens.

Jinnie Fay has a unique replacement effect, in that she can turn any token you would make into a Cat or Dog. However, this effect is not relegated to creature tokens you would make. You can turn Food, Treasure, and Clue tokens into creatures, making for very interesting plays and even some infinite combos.

A Jinnie Fay Commander deck does not necessarily have to be a tribal deck and include a bunch of Cat and Dog cards. But there are undeniable synergies between Jinnie and the two tribes. So, many Cat and Dog cards pair well with Jinnie even if you don’t go all-in on the tribes.

Prior to Jinnie Fay, Rin and Seri, Inseparable, was the go-to Commander for players who love their pets. But it also works well inside the 99 of Jinnie Fay, Jetmir’s Second. This Dog and Cat duo rewards you for playing cards from each tribe and can use Jinnie’s tokens to kill opposing threats.

Read More: Copy the Cruelest of MTG Ultimatums With This Baulder’s Gate Leak

As Jinnie Fay pours out litters of Cat tokens, Qasali Slingers will wreak havoc on your opponents’ artifacts and enchantments.

In addition to Qasali Slingers, Feline Sovereign is another way to obliterate your opponents’ artifacts and enchantments. But it also makes each of your other Cat creatures bigger, applying even more pressure on your opponents’ life totals.

Not only does Pack Leader raise the stats of Jinnie Fay’s Dog tokens, but it also prevents them from taking combat damage when they attack. Because these tokens have Vigilance, you can always safely attack and make sure all of your Dogs make it back to play defense.

Wizards of the Coast must be full of cat-lovers because there is far more support for cats than there is for dogs. If you want to play a more aggressive version of Jinnie Fay in Commander, you can include a few more Cat lords.

Jinnie Fay doesn’t care what kind of tokens you produce. She can turn any of them into Cats or Dogs.

Making a token from a landfall trigger, such as with Tireless Provisioner, Tracker, or Scute Swarm, will lend to a consistent output of Cat and Dog tokens with Jinnie Fay. But you don’t have to use Jinnie’s replacement effect. If you need a Food, Treasure, Clue, or a copy of Scute Swarm, you can elect to make those instead.

Bootleggers’ Stash works a little differently than the previously mentioned landfall cards. Instead of making tokens when your lands enter play, you can instead tap your lands to make Treasure tokens, or replace them with Jinnie Fay’s Cats and Dogs.

These cards are a staple of every token strategy in Commander. If you’re going to make a token, you might as well make two!

This entire deck focuses on creating tokens of one type or another. There are plenty of ways to be rewarded for exactly that.

You can easily play Bennie Bracks for zero mana in this deck by using Jinnie Fay and a few Cats to pay for its convoke cost. From there, Bennie can start drawing you a card in each end step, including your opponents’.

I mentioned some token doubling cards before. But sometimes you’ll want a big burst of tokens all at once. In that case, Second Harvest will double whatever tokens you currently have on the field.

This is like Glimpse of Nature but you don’t have to actually cast any creatures; instead, Rite of Harmony works when creature tokens enter play. When you’ve set yourself up for a big turn, first cast Rite of Harmony, then draw a card every time Jinnie Fay puts a Cat or Dog into play.

This deck puts a lot of creatures in play. But those creatures can do more than just attack. Here are a few cards that give unique abilities to your Cats and Dogs.

This card is like Qasali Slingers but this is not relegated to just Cats entering the battlefield. Aura Shards destroys artifacts and enchantments whenever any creature enters your battlefield.

Did curiosity kill the cat? Or did cats use Curiosity to draw Magic cards?

Both Orhan Frostfang and Toski staple a Curiosity-like effect to each of your creatures. Every time your Cats or Dogs deal combat damage, you draw a card.

There are multiple infinite combos to perform using Jinnie Fae, Jetmir’s Second. Here’s how to do two of them.

For this combo, you’ll need Jinnie Fay, Requiem Angel, and a sacrifice outlet such as Goblin Bombardment in play. Here’s how it works:

This effectively triples your token output. Next, you can tap those three Cats to make a Treasure token with Prosperous Partnership. You can repeat this process until you have infinite tapped creatures.If you throw something like Goblin Bombardment into the mix, then you can deal infinite damage.