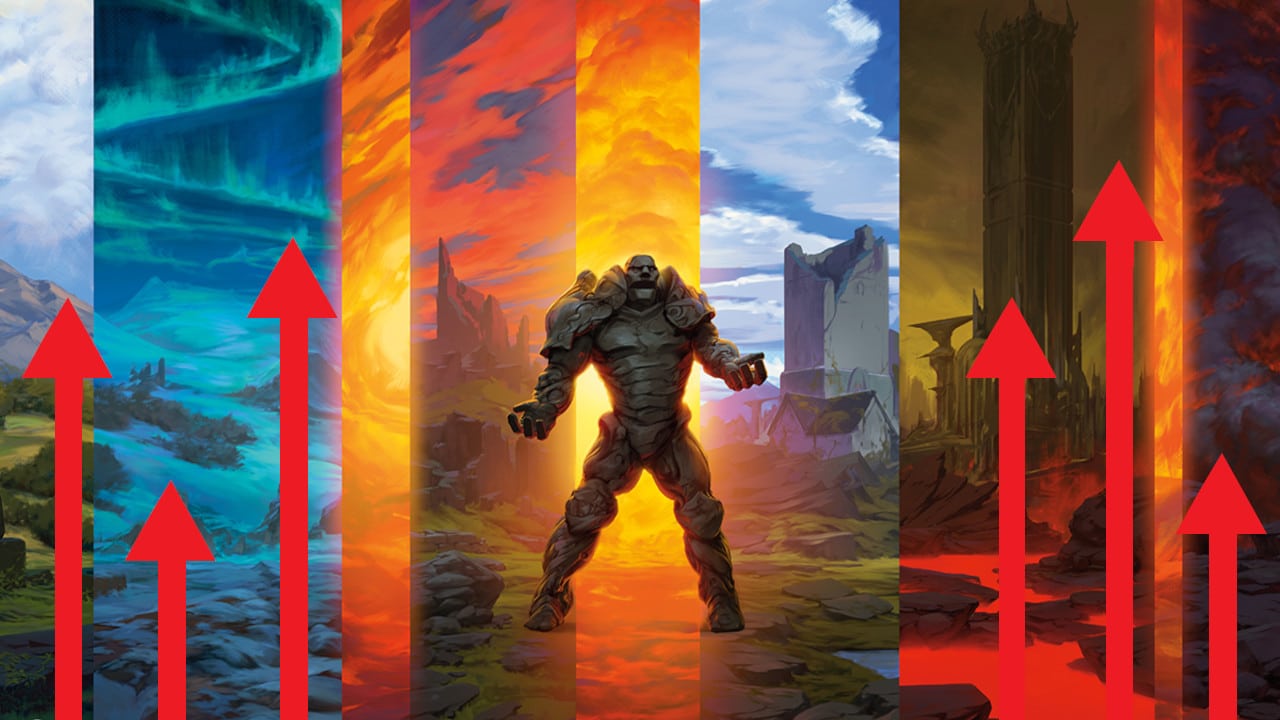 When Did This Sideboard-Savvy Planeswalker Get So Expensive?

Some cards in Magic: the Gathering give you access to your sideboard, even though those sideboard cards aren’t technically inside the game. Karn, the Great Creator, is a planeswalker with a version of this ability that lets you add artifacts from your sideboard directly to your hand. This is insanely powerful and is why players use Karn in a variety of formats. Now, Karn, the Great Creator, is rising in price.

As you can see in the graph below, Karn, the Great Creator, recently jumped from about $10.00 to $16.00. Karn’s price oscillated a lot since its release. At one point, it was as cheap as $6.00, but its consistent use across Magic formats should keep prices high.

Why Did Karn, the Great Creator Rise in Price?

Nearly every Magic format uses Karn, including Pioneer, Modern, and Commander. It’s even a force to reckon with in Legacy and Vintage. Karn, the Great Creator, has become a multi-format staple and this explains its upwards price movement.

A more recent deck that uses Karn and exploded in popularity, is Mono-Green Ramp in Pioneer. This deck produces enough mana to easily cast Karn and the card you find out of your sideboard in the same turn.

Access cards from one’s sideboard is commonly referred to as “wishing” in MTG, named after the card Burning Wish. Because of this, the sideboards in such decks are nicknamed “wishboards”.

Karn’s wishboard consists of a variety of artifacts, fit for a multitude of situations. But depending on the format, Karn uses different artifacts.

I always include a Treasure Vault or Darksteel Citadel in my Karn wishboard because you never know when you need an extra land.

Tormad’s Crypt is useful as it is zero mana, meaning you can cast it on the same turn you cast Karn, the Great Creator, to immediately exile an opponent’s graveyard.

And Grafdigger’s Cage is useful for fighting off certain graveyard strategies using Prized Amalgam or Silversmote Ghoul, and it even prevents Collected Company from working.

Skysovereign, Consul Flagship, is a rather difficult card for opponents to deal with and it blasts away opposing creatures and planeswalkers turn after turn.

Pithing Needle can stop any planeswalker from activating its abilities. But it also hits popular cards in Pioneer such as Reflection of Kiki-Jiki.

And Golos, Tireless Pilgrim, can be used to find specific, powerful lands such as Nykthos, Shrine to Nyx, as seen in Pioneer’s Mono-Green Ramp deck.

A lot of the Karn’s wish board from Pioneer translates over to Modern too. But because Modern has a larger card pool, Karn has access to a few more toys to wish for.

Engineered Explosives is like a miniature board wipe, perfect for taking out tokens or one-mana permanents.

Wurmcoil Engine is good at stopping aggressive decks in their tracks. It’s difficult to kill and can gain big chunks of life at a time.

And Torpor Orb renders many of Modern’s most popular creatures useless, such as Solitude and Fury.

Relic of Progenitus is a flexible form of graveyard hate, as you can make your opponent exile one card at a time, or you can exile all graveyards at once and draw a card.

Ensnaring Bridge is an excellent way to stave off an opponent’s creatures, protecting Karn and your life total in the process.

And Trinisphere taxes opponents who aim to play tons of low-costed spells in a turn, such as Storm decks.

Read More: Want to Go Fast? This is the Hastiest Commander in Magic: The Gathering