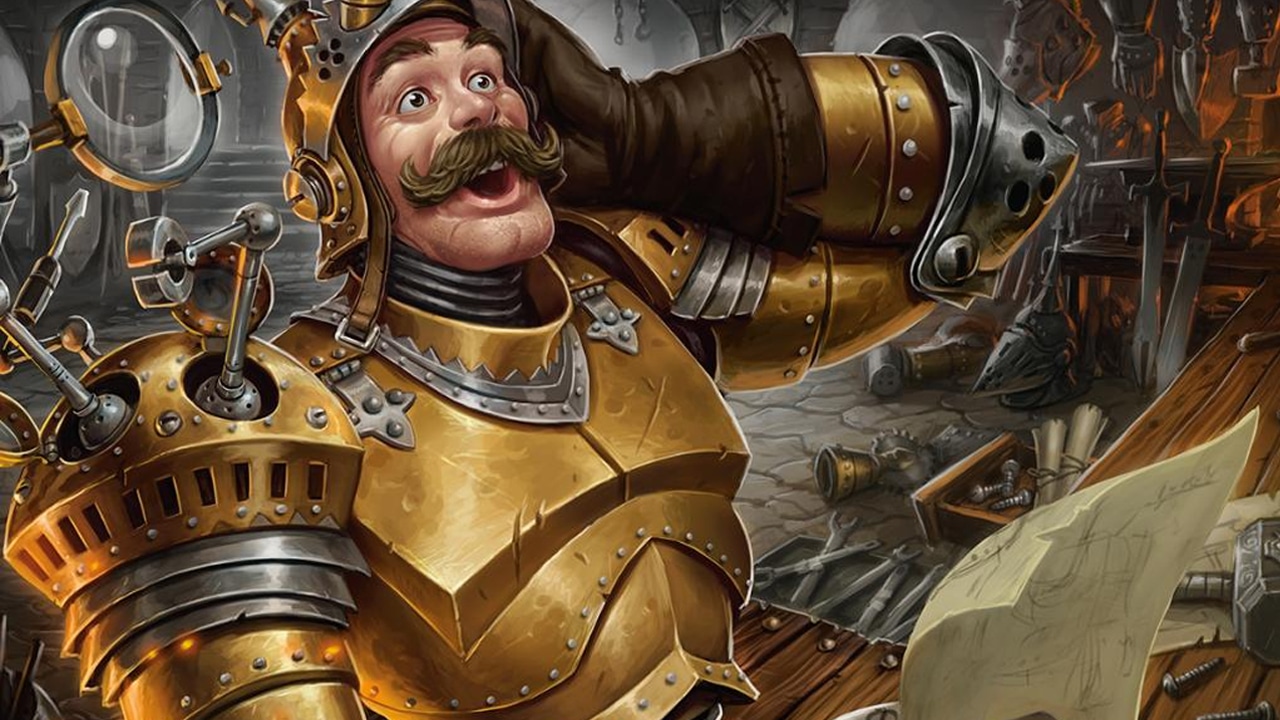 MTG Players May Soon Be Playing With Four Decks

As Magic: the Gathering’s first black-bordered Un-Set, Unfinity is causing many concerns amongst vocal players. For instance, mechanics such as Stickers and Attractions have seen no end of complaints thanks to their out-of-the-box designs. Since these mechanics are legal in Eternal formats, such as Commander, Pauper, and Vintage, many players feel that Wizards of the Coast has finally jumped the shark. While there are no putting Attractions back in the box now, much of the concern about Unfinity’s mechanics may be unwarranted. Rather than heralding the end times of Magic for their uniqueness, the big problem with Stickers is their logistical complexity. This factor has seen such a massive spike in Unfintiy that MTG players may soon need to bring four decks to an event, all to play one game.

Stickers Are Here to Stay… Ish

Like it or not, we’ve known for some time now that Stickers aren’t going anywhere. During set design, Wizards of the Coast committed to them being Eternal legal, so there’s no going back now. No matter how much players complain, Magic’s sanctioned formats ultimately don’t support opting out of mechanics. However, this hard truth hasn’t stopped the roiling storm of controversy, with many players determined to lament Stickers at every opportunity they get. However, these complaints may be somewhat premature, as while Stickers are Eternal, they may still just be a flash in the pan.

Due to Unfinity’s ongoing spoiler season, Stickers and Attractions are all the rage right now. This doesn’t mean, however, that the cards are actually going to see any play. While they’re exciting and undoubtedly unique, Stickers and Attractions have no guarantee of destroying MTG’s Eternal formats. Instead, they’re explicitly designed to not do that. After they were first debuted, Magic’s Lead Designer, Mark Rosewater, revealed to concerned players that while Stickers are Eternal legal, they “were designed not to be of a power-level for high-end Legacy/Vintage play.”

This power level limitation is evident when you look at the constraints for using Stickers in Constructed Play. For Constructed games, players must bring a deck of 10 unique Sticker Sheets to the match, of which they will randomly pick three to use per game. This means there is no guarantee you’ll actually get the stickers you want to use in a game. For MTG decks built around a specific Sticker Sheet, such as Happy Dead Squirrel, for instance, this element of randomness is a death sentence. Subsequently, unless there’s a complete set of 10 Stickers Sheets a Vintage deck could use, they’re likely not worth considering.

To make matters worse, Stickers are also one of the more perishable play objects in MTG. While not as bad as Blacker Lotus, there’s no telling how long the glue on Stickers will last. Comparisons to Post-It notes are meant to assure players of their longevity. However, Post-It notes by no means stick forever. Mercifully, Stickers can at least be proxied with pieces of paper. However, this is by no means an ideal solution.

Unfortunately, Stickers and Attractions may not be the end for MTG’s rising complexity. In a recent Making Magic post, Mark Rosewater discussed how WotC often explores “designs using components outside the deck.” Outside the deck, elements include “things like punch-out cards or generated game pieces like the Monarch,” as well as Stickers. Throughout the article, Rosewater repeatedly detailed Wizards’ fondness for separate decks, as they helped Attractions to feel more special. “They are a mechanical tool with a lot of flexibility that allows a Magic designer to tap into different veins of design,” Rosewater explained while comparing extra decks to double-faced cards in MTG.

While it’s all the rage now, Wizards’ interest in supplemental MTG decks isn’t an entirely new prospect. Even as far back as 2007, Wizards of the Coast have considered this possibility with Contraptions. After being teased as a futureshifted mechanic in Future Sight, it would take ten years for Contraptions to appear again in Unstable. By utilizing a separate 15-card singleton deck, Contraptions likely laid the groundwork for Stickers and Attractions to become Eternal legal. Following the introduction of these new mechanics, players have been requesting that Contraptions make a return to MTG.

For better or worse, the fate of Contraptions will depend on the success of Unfinity. Responding to fans asking, “has the possibility of Contraptions coming to black border increased since Unstable,” Mark Rosewater simply stated, “let’s see how attractions do.” Since there is already a lot of vitriol online about Attractions, the return of Contraptions may not be too likely. Obviously, however, Unfinity is yet to release, so opinions about its mechanics are primarily speculative and may change upon release. While it’s too early to tell which way the scales will fall on Attractions, if they are successful, MTG players may need another supplemental deck to support Contraptions in the future.

As if three extra decks weren’t bad enough, MTG could get even logistically messier in the future. Evidently, from the recent Making Magic post, Wizards of the Coast is keen to experiment with extra decks. While there’s no telling precisely what Wizards is planning, this could ultimately lead to an extra deck similar to Yu-Gi-Oh!’s. In Yu-Gi-Oh!, the extra deck contains Fusion, Synchro, Xyz, and Link Monsters that can be special summoned during a duel. While this may seem like an outlandish concept for MTG to adopt, Meld cards already exist and provide similar utility. Alchemy also features the mechanic Conjure, in which cards are introduced from outside of the game. It may sound strange, but there’s undeniably precedent for Wizards to expand upon in a future Un- or premier set.