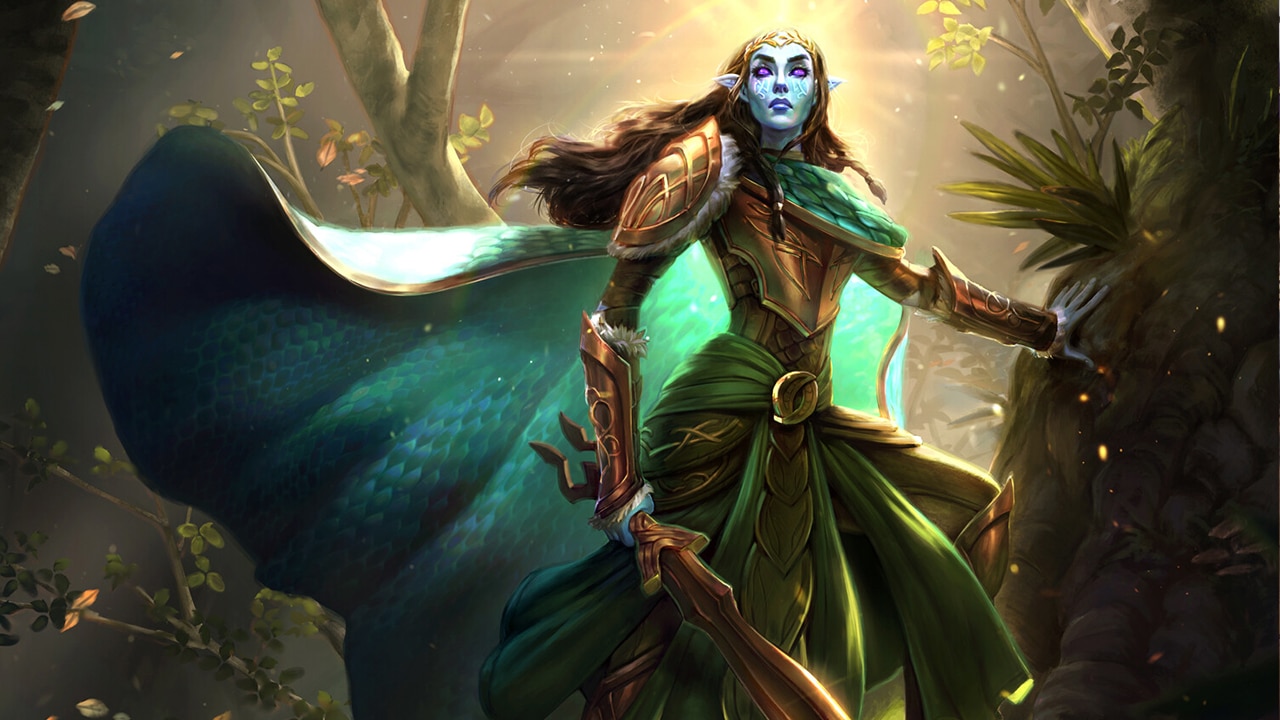 While this slow devolution of legendary creatures isn’t hard to see, the trend was recently highlighted by Tumblr user Wildcardgamez. Speaking on Blogatog, Wildcardgamez stated they “feel like legendary creatures are much less lore driven than they used to. A lot of them feel like their lore was an afterthought and the priority was to make a cool new commander, with their story not being fleshed out.” After this damning declaration, Wildcardgamez questioned Mark Rosewater to see if they agreed with this shift in design philosophy.

In response, Mark Rosewater couldn’t help but agree with Wildcardgamez’s astute assessment of how the legendary landscape has evolved. “The increase of demand for legendary creatures has outstripped our ability to have extensive lore for each one. And yes, many are mechanically driven,” Rosewater flatly confirmed. While this is somewhat disheartening to hear, especially for Vorthos players, this shift in design philosophy isn’t surprising.

In recent years, the Commander format has absolutely exploded in popularity, arguably becoming the most popular format in MTG. Subsequently, this has massively increased the demand for new and exciting legendary creatures for players to build their decks around. As Mark Rosewater has confirmed, this demand for legendary creatures in MTG is simply too much to keep up with, leaving lore on the back burner in favor of mechanics.

As we discussed recently, in theory, the explosion of Commander’s popularity shouldn’t fundamentally dictate the game’s future. While Commander is primarily a casual format, Magic: the Gathering harbors even more exceedingly casual players. In a recent statement, Mark Rosewater alleged that “over 75%” of the game’s audience doesn’t even know what a Planeswalker is. Rosewater also stated that these casual players “don’t know what a format is (let alone of any particular format),” so these players certainly aren’t playing Commander. Instead, these players enjoy what’s actually the most popular format in MTG, kitchen table Magic.

Understandably, many enfranchised MTG players quickly pushed back against this statement from Rosewater. Across social media, players were bemoaning that “75% seems highly unrealistic to me” and the stats are “way too vague.” For better or worse, MTG’s enfranchised player base doesn’t have to worry about being replaced by an entirely casual audience. In a follow-up statement, Mark Rosewater confirmed that, as some players expected, the 25% of enfranchised players are still beginning in the big bucks. “I don’t know the exact number, but a significant amount, more than 25% of the revenue,” Rosewater stated. “This a rough guess, but it’s probably inverse, like 75%. The enfranchised audience buys a lot of Magic.”

With Magic: the Gathering’s target audience properly defined once again, it’s understandable to see why Wizards have been prioritizing Commander. As the most popular format for enfranchised players, Commander is extremely valuable. This can be plainly seen by the exorbitant pricing some Commander products fetch. For instance, the recent Warhammer 40,000 Commander Deck Collector’s Edition made headlines thanks to its inflated $1000 price tag. Similarly, the popularity of Commander also dictates the value of many, if not most, cards on the secondary market.

Not Really a Problem

While it’s obvious why Wizards is prioritizing legendary creatures, MTG players are divided on whether or not this approach is actually a good thing. As Tumblr user, Llanowarminotaur states, “it definitely feels like there are a lot of ‘legendary’ creatures that are just regular creatures who can be your commander, rather than actual characters.” User Fnrrfygmschnish notes, however, that legendary creatures didn’t always feel legendary in the first place. “Even further back, in Legends, when it felt like half the legendary creatures were overcosted big things with no abilities.”

Other players, such as the fittingly named Flavorpolice, weren’t happy with the change in how legendary creatures are being presented. “Maybe we have enough legendaries now that we could stop printing them just to have more legends & slow down to allow for more lore? Originally one of the draws to EDH was liking the legendary you built around. Having some affinity for the character that made you want them to helm your deck. If you were interested in building a deck around a mechanical idea, you could just do it in 60-card casual.”

Ultimately, as user Dimitris670 noted, while not everyone is happy with the change, “It’s actually a good thing.” Even if they only have a few lines of lore, by creating more legendary characters, players have more options of what to build their decks around. Dimitris670 states that similarly to Wizards’ somewhat scattershot approach to experimentation, this approach allows Wizards to expand upon what players actually like. “They all get a couple of lines of lore, and if [people] like em, they can make more. If they don’t, they stay forgotten, like a mediocre normal card. There’s nothing to lose here really.”