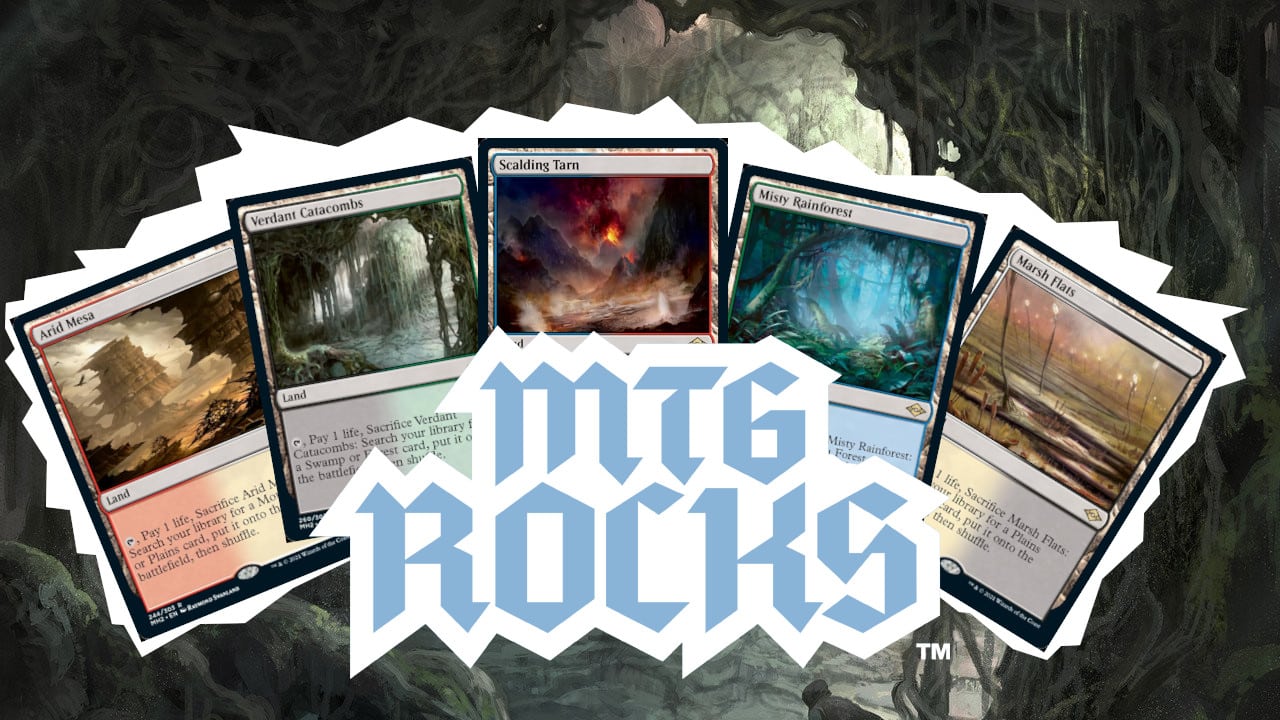 Magic: the Gathering players have waited a long time for fetch lands to get reprinted, Fetch lands are infamous land cards within the game, which have historically commanded notoriously high prices. These lands are used in any format they are legal in like Modern and Commander. Because of a recent reprinting in Modern Horizons 2, five out of the ten fetch lands in MTG are now seeing record low prices.

What are Fetch Lands?

Fetch lands don’t actually tap for mana. Instead, they can be sacrificed to search your library for lands of a specific basic land type (Mountains, Islands, Forests, Swamps, or Plains).

Each fetch land, such as Windswept Heath, can search for one of two different land types, allowing you to fix your mana with whatever land type you need at the moment. This is especially useful when taking into consideration lands like Breeding Pool which is both an Island and a Forest. This means Windswept Heath can actually find you blue mana, even though it says it can only search for Plains and Forests.

What Are Enemy and Allied Colors?

There are five Allied color pairings and five Enemy colored pairings. When I say “Enemy Fetch Lands”, I am referring to the cycle of five fetch lands with specific color pairings, such as Arid Mesa.

Scalding Tarn is the king of the enemy fetch lands. Fetch lands with the ability to search for Islands have historically been more expensive than fetch lands that can’t. There was a time when the cheapest version of Scalding Tarn was over $100.00! Now you can pick up a Tarn for just $33.00. That’s a deal.

Misty Rainforest has also had an insane price history, at one point selling for $90.00+. Thanks to Modern Horizons 2, you can pick up a Misty Rainforest for less than $30.00.

Marsh Flats joins Arid Mesa at the insanely cheap $18.00 mark. This is impressive considering that the cheapest version of Marsh Flats once held a high of $50.00+ on the secondary market.

Verdant Catacombs was once an $80.00+ card. Today, an MH2 regular art Catabombs costs about $24.00. You’re going to want a copy for any green Commander deck. This is great in tons of Modern decks too.