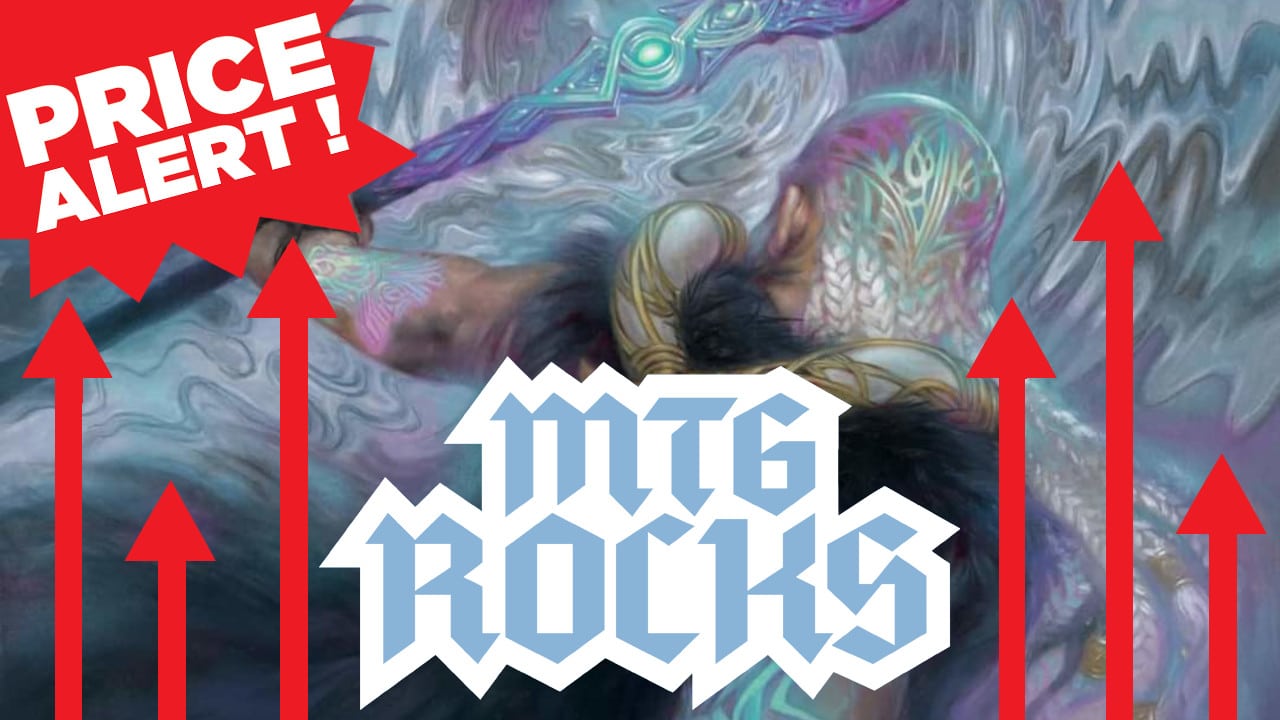 This MTG Extra Turn Spell is Getting Extra EXPENSIVE

Share on facebook
Share on twitter
Share on whatsapp
Share
The consensus is in: this MTG card is one of the most powerful you can be playing in Standard right now. Its price is rising because of this.
Article
at a
Glance
Alrund, God of the Cosmos recently sent his trusty raven, Hakka, into the realms of Kaldheim to gather information. Well, Hakka has returned today with a full report, retrospective epiphanies if you will. Oh no! A certain seven mana Magic: the Gathering spell shot up in price over the weekend. If only our foresight was as clear as our hindsight.

Read More: What Will Happen to the Price of MTG Vampire Cards When Crimson Vow Releases?

Why did it rise in price?

The Standard metagame is finally starting to sort itself out after the release of Innistrad: Midnight Hunt. Alan Gadbois dives into the metagame more in his article, Standard is Dominated by Two Decks, Should They Be Banned? which I highly encourage you to read. But essentially, two decks are head and shoulders more powerful than anything else in the format. One is mono-green aggro. The other is Izzet Turns, headlining our spell of the day, Alrund’s Epiphany, as its win condition. Together these two decks are ruling the Standard metagame and consequently, Alrund’s Epiphany spiked in price.

Will its new price hold?

Given the absolute dominance of the Izzet Turns deck in Standard, I expect Alrund’s Epiphany to continue playing a big role in the Standard format for the remainder of its legality. Its price should hold equally as well until it rotates. Well, with one exception:

The last extra turn spell we had in Standard, Nexus of Fate, was banned on MTG Arena‘s Standard best-of-one format because it was unfun and time-consuming to play against. I don’t think Alrund’s Epiphany will be banned for that same reason, as it at least provides two 1/1 birds to apply pressure and end the game relatively quickly (or at least quicker than Nexus of Fate could).

But there is still a chance Alrund’s Epiphany will get caught by the ‘Ban Hammer’. WOTC is generally reluctant to ban cards, but action is necessary when a deck is so dominant in a format that it pushes the viability of other decks out the window, and reduces the diversity of the overall metagame. Do you think something needs to be banned in the Standard format? If so, do you think it will be Alrund’s Epiphany?