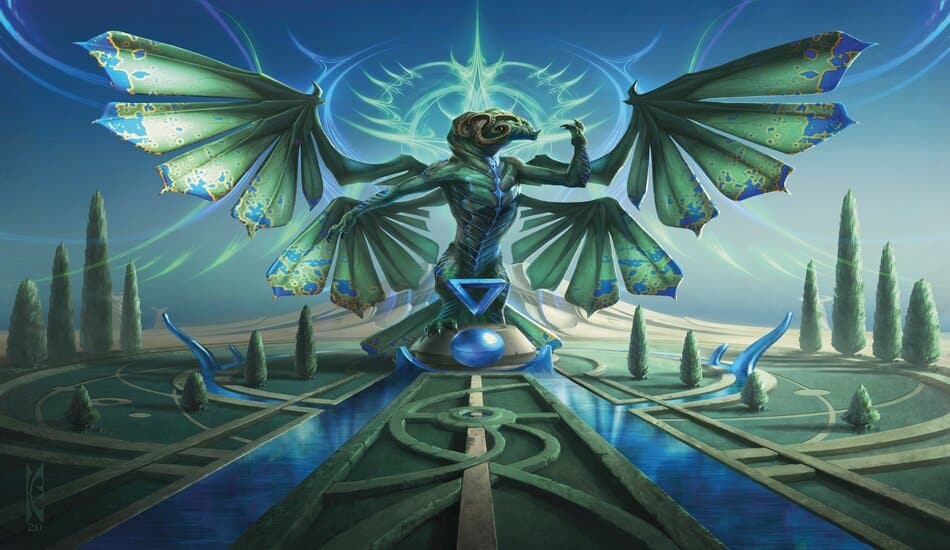 The 10 Most Exciting Cards In Commander 21

With all of the decklists and spoilers now available for the Commander 21 decks, it is, yet again, an exciting time for Commander players everywhere.

It’s not like we didn’t get a bunch of new toys in Strixhaven anyway, which you’ll already know if you’ve even glanced at the Strixhaven: School of Mages previews, but it’s always nice to get stuff specifically for the format.

Because of that, we decided to have a look through and pick out ten of the most exciting cards from C21.

Read More: Our picks for the best Mono-Red Commanders

The 10 most exciting cards from Commander 21

It goes without saying that Veyran, Voice of Duality is very much on this list, but we’ve also already written about them, so they’re not on the list as a result.

They’d probably be number 1 if they were, but they’re not because they got a whole article to themselves, and we think being on the list as well is kind of greedy.

With that in mind, these are our picks for the most exciting cards in Commander 21. These aren’t necessarily the best ones in the set, but they’re the ones that are inspiring us to mess around with new decks or playstyles.

A three-mana mana rock has to do an awful lot to be any good these days, because just producing mana isn’t enough. Well, Cursed Mirror is a three mana Red Artifact that taps to add one Red mana, which is altogether too basic.

However, when it enters the battlefield, you can have it become a copy of any other Creature on the battlefield until the end of the turn, and it gains haste. This makes it useful in the early game, but potentially your winning card in the late game. It’s a fascinating little card, and we’re very much looking forward to trying it out.

We like to write about how cards don’t need to be flashy to be good, but that doesn’t apply to Guardian Augmenter, who is flashy as heck. Guardian Augmenter is a three mana Green 2/2 with Flash (see, flashy, get it?).

Alongside that, which is cool but not worthy of this list, it also gives any Commander creatures you control +2/+2, which is also great, but again, we need a little more. Well, on top of that, it also gives your Commanders hexproof, and that’s more than enough to make it worthy of a top ten spot.

This one would be higher up on the list if it was a little cheaper, but it’s still a very cool card, and we’re beyond hyped to play it. For six mana, Surge to Victory is a Red Sorcery that does this: “Exile target instant or sorcery card from your graveyard. Creatures you control get +X/+0 until end of turn, where X is that card’s mana value. Whenever a creature you control deals combat damage to a player this turn, copy the exiled card. You may cast the copy without paying its mana cost.”

We’re not retyping that; that’s a lot of text. Basically, you exile an Instant or Sorcery from your graveyard, it makes your Creatures hench, and then you can potentially copy that card. There are more than enough ways to use this, but even just doing so with a simple Lightning Bolt would lead to an extra twenty damage if you only have five Creatures.

We’ve got another six mana Sorcery here, but before we get to the card, can we just take a small moment to appreciate how stupidly pretty this artwork is? Seriously, look at it; this is prime PC background artwork here. Anyway, Revival Experiment is a Black and Green Sorcery that lets you put one of each permanent type back into play from the graveyard.

You do lose three life for each permanent you return this way, but honestly, that’s probably not going to be an issue because you’ll likely have won the game by that point anyway. Also, and we can’t stress this enough, look at the artwork.

So, we heard you like Bears? Well, Ruxa, Patient Professor is a four mana Green 4/4 Bear Druid. They let you get a Creature with no abilities back from your graveyard to hand whenever they enter the battlefield or attack, and they give Creatures with no abilities +1/+1 too.

Then, on top of all of that, they allow you to assign damage from those Creatures as though they weren’t blocked. This basically means you can build a deck full of vanilla Creatures, find lots of ways of making them as big as possible, and then win the game because you can’t be stopped. Also, the Bear teaches lessons, and we love that.

We adore some White ramp, and while it never comes without some kind of huge drawback, it’s still nice to have access to. Well, Scholarship Sponsor is a four mana White 3/3 that lets everyone who doesn’t control the most land search up Basic Lands equal to the difference and then put them into play tapped.

This is going to make you a lot of friends, and it’s something you can repeat if you can flicker it at some point. This feels like an auto-include in most White decks, and if you can also stop players searching their libraries, then it’s even better.

Elementalist’s Palette is a three mana Colorless Artifact that gets two charge counters whenever you cast a spell with X in its mana cost. You can then tap it to add one Colorless mana for each charge counter on it, but can only spend that mana on other costs that contain X.

This is a perfect build-around for a deck filled with X costs, and if all else fails, you can even tap it for one mana of any Color, which is good enough to mean you can play it with no downside.

Stopping combat damage is an excellent way to keep yourself in a game, but it often just leads to you kicking the can down the road, rather than actually dealing with the problem. Well, Inkshield is a five mana White and Black Instant spell that solves that problem.

For every one damage that it stops, you get to create a White and Black Inkling token that is a 2/1 with flying. This means you can prevent the damage as they swing in to kill you, and then likely finish them off on your turn as a thank you.

Look at this obnoxious card. Esix, Fractal Bloom is a six mana Blue and Green flying 4/4 that has a huge effect on your tokens.

You see, whenever you create tokens on your turn, you can choose a Creature other than Esix and have all of those tokens become a copy of that Creature. There are enough silly choices here to make things absolutely absurd, so we’ll just suggest you consider doing it with a Risen Reef or something for the time being.

Our final pick is another big old Sorcery spell, but it’s one that feels absolutely unique in the Blue and Green space, and we think it’s very powerful. For five mana, Oversimplify lets you exile all Creatures. That, to be honest, is enough to be worthy of attention here.

However, it then has every player create a 0/0 Green and Blue Fractal Creature token, and then everyone puts a number of +1/+1 counters on it equal to the total power of the Creatures they controlled that were exiled in this way. It’s just a very interesting effect, and a good board wipe is hard to argue with.