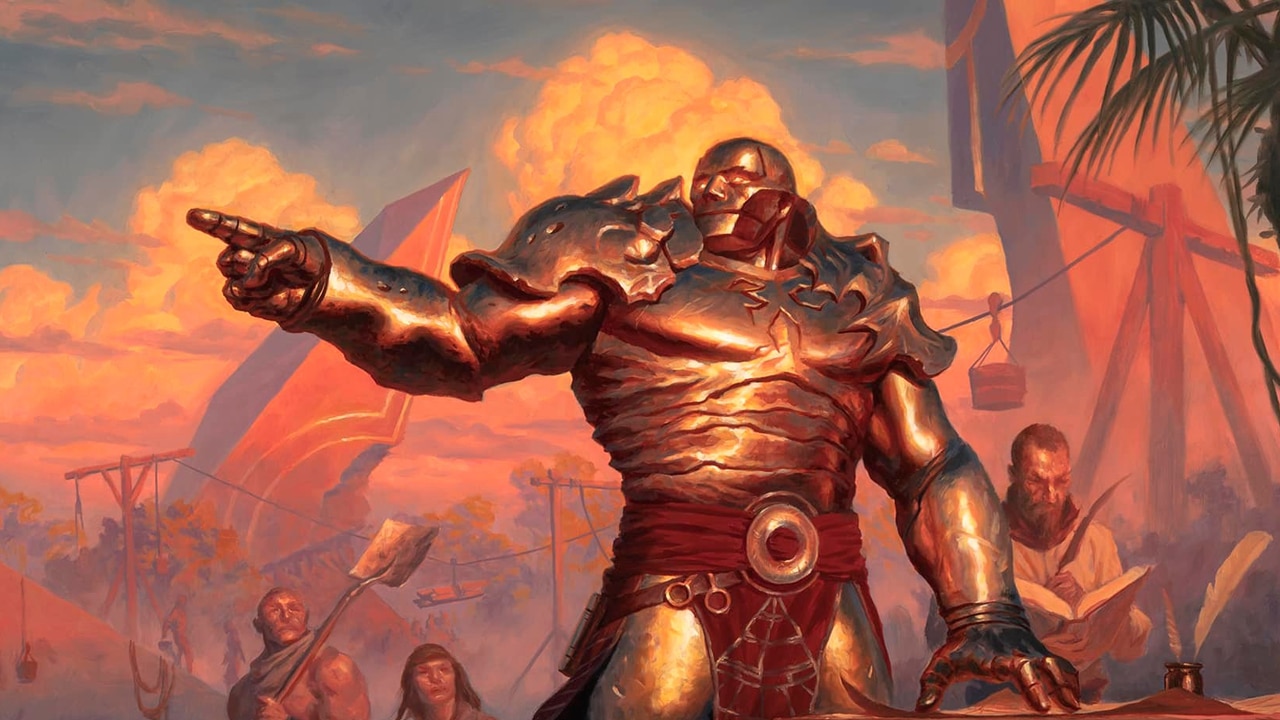 While its paper release is a few days away, Dominaria United has plenty of players to be excited about. Whether you play Commander, Pioneer, Brawl, or Standard, Dominaria United has something for everybody. Alongside a lot of good stuff, Dominaria United also has some genuinely terrible cards. Thankfully, while these cards are bad for now, it appears that things are going to get better.

When looking at Karn, Living Legacy, it’s easy to see why they’ve been deemed as being so terrible. In its simplest terms, Karn simply doesn’t do enough to warrant a four mana investment. Their Powerstone creating +1 ability may seem powerful at first glance. However, they can only be used to cast artifacts. Similarly, Karn, Living Legacy’s -1 demands you put in more recourses and mana for a weak tutor effect. Lastly, Karn’s ultimate -7 ability is exceptionally lackluster on its own, requiring extensive setup to be worthwhile. While some artifact-heavy decks may be able to pull off an interesting win with Karn, Living Legacy, the majority of players will have no use for him.

Despite being utterly atrocious, technically, Karn, Living Legacy may not be the worst card in Dominaria United. Toxic Abomination, for instance, is a bog standard creature that’s nothing to write home about. Chaotic Transformation is also an absolute mess of a card that may do more harm than good. However, Karn, Living Legacy is undoubtedly a lot more disappointing to pull from a pack at mythic rarity. Especially when that mythic slot could have otherwise been Liliana of the Veil or Sheoldred, the Apocalpyse.

While it’s still a long way from being released, Dominaria United isn’t entirely out yet, after all, The Brothers’ War might be Karn, Living Legacy’s saving grace. This set takes magic back in time to the formative years of Dominaria and the titular Brothers’ War. This battle between Urza and Mishra is set to include “giant mechs and colossal war machines.” Alongside this and a vague explanation about where Planeswalkers come from, The Brothers’ War will also feature “plenty of artifacts.” This includes the return of Powerstones.

Powerstones are potentially one of the most essential parts of Dominaria’s lore. Not only were these artifacts at the core of Thran technology, but they also led to the birth of Phyrexians. As a result, The Brothers’ War set is primed to include plenty of Powerstones to power all those titanous war machines. This isn’t just our wild speculation either, as Wizards of the Coast has confirmed Powerstones may soon be the following Treasures.

In a recent State of Design post, Magic’s Lead Designer, Mark Rosewater, confirmed that the appearance of Powerstones in Dominaria United is a “throw forward” to The Brothers’ War. Initially, Wizards intended to “make Powerstone tokens a bigger part of the set”; however, this plan changed during set design. During the design process Braids, Arisen Nightmare, who was then Braids, Dimension Dweller, went through several Powerstone-focused iterations. Ultimately, only two Dominaria United cards feature powerstones, Karn, Living Legacy and The Mana Rig.

With Powerstones set to play a bigger part in The Brothers’ War, Karn, Living Legacy may have their time yet. Admittedly, that time may be three months away, however, it’s better than nothing. With more Powerstone tokens in play, Karn’s ultimate ability may be a lot more viable in artifact-heavy decks. Unfortunately, since Karn isn’t an artifact, the presumed plethora of Powerstone tokens can’t be used to mitigate their cost or pay their -1 ability.

With The Brothers’ War not due to release until the 18th of November, unfortunately, we’ve still got a while to wait to see how it pans out.