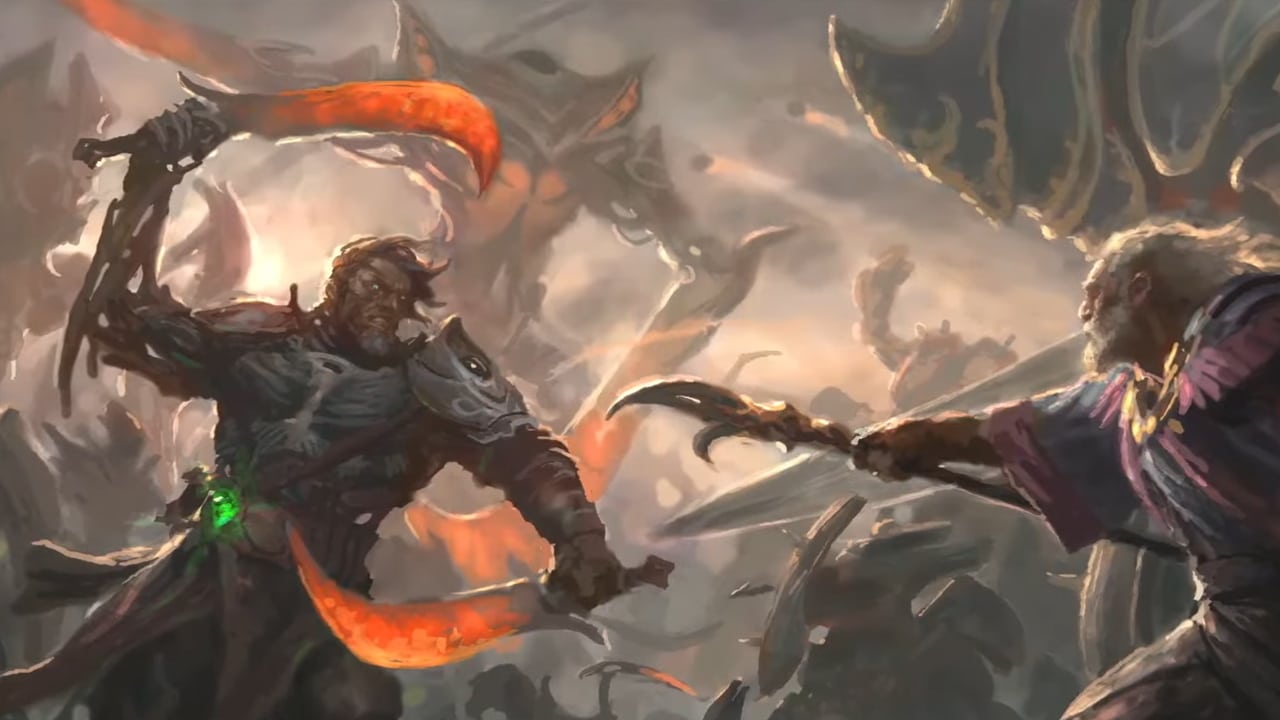 Announced during Magic Showcase 2021, The Brothers’ War is the fourth and final Standard set that’s releasing in 2022. As the name suggests, the story-rich set will likely revolve around the events of the Brothers’ War. Featuring the brothers Urza and Mishra on the plane of Dominaria, this war is a legendary event in Magic’s history.

The Brothers’ War follows the same release schedule as all current MTG sets. This means there will be a prerelease event one week before the set’s official launch. Unlike previous sets, The Brothers’ War will not launch on MTG Arena any earlier than it does on paper.

Here are the current release dates that you need to know for The Brothers’ War:

WotC has yet to officially reveal details about the mechanics in The Brothers’ War set. Despite this, thanks to its story, we still have a good idea about the set’s core themes and mechanics.

As the legendary battle between brothers Urza and Mishra, The Brothers’ War set will likely feature Artifacts and Artifact creatures prominently. It is unclear if the Affinity for Artifacts ability will return in this set. Previously it has proven to be incredibly difficult to balance, especially when Artifacts are the set’s theme.

Before The Brothers’ War, the most recent Artifact-themed set was Aether Revolt from the Kaladesh block. This block featured Artifact centric mechanics such as Fabricate and Improvise. Alongside these mechanics, Aether Revolt also featured Energy. This mechanic was not as well-received as others in the set. As a result, we’re not expecting it to return in The Brothers’ War.

Read More: These are some of the BEST MTG decks in Arena right now!

We’ll likely have a better idea about the story of The Brothers’ War following the release of Dominaria United. Until then, here’s what we know about the Antiquities War.

The Antiquities War, also known as the Brothers’ War thanks to protagonists Mishra and Urza, was fought for decades over two halves of an ancient Thran Powerstone. This war devastated the continent of Terisiare on the plane of Dominaria.

Not much is known about the events of the war. However, it’s known that the war ended spectacularly once Urza activated the Golothian Sylex. This destructive artifact unleashed the Sylex Blast and presumably killed Mishra, who had been consumed by Phyrexians. This event also activated Urza’s latent planeswalker’s spark.

Once leaks, previews, and spoilers emerge, we’ll update this article to keep you informed.