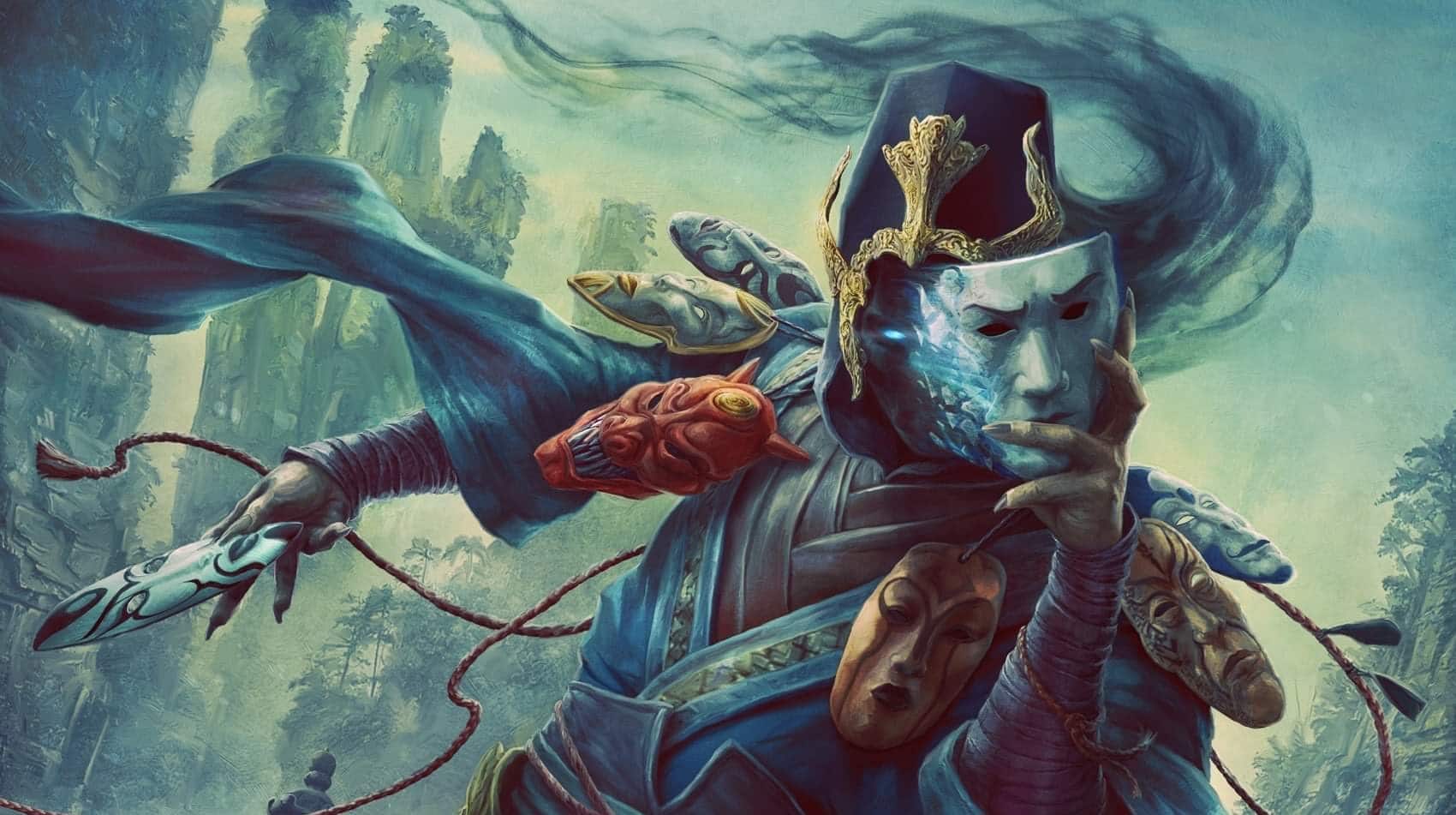 Recent MTG products have introduced what seems like dozens of new foil treatments. This frequency of new treatments has not been seen before for MTG, and some players have difficulty keeping track of what card is notable for what reason. Here, we will give our best attempt at briefing the majority of these crazy variants so you understand what makes these cards unique! Note that, while we will be looking at different promotional foil variants, we will not look at differences caused by variations in printing (U.S. cards compared to Japanese printed cards, for example). Without further ado, here is a brief guide to all the different foil treatments MTG offers!

The first thing to address here is the brackets in the title. Both Dominaria United and Double Masters 2022 have Textured Foiled treatments available… only those treatments are entirely different from one another. The Textured Foil treatment available in Dominaria United brings a textured feel to the name and text box of a stained glass card. The actual stained glass foil itself is done up with a gloss instead. These look nice in person but started a controversy amongst players because of the prestige that Textured Foils carry in Double Masters 2022 Collector Booster packs. Once you see the difference, it may become easier to understand why players were so upset about this. These Textured Foils are available in Collector Booster packs only. Players should expect to get one per pack.

These Textured Foils are beautiful. The detail is immense, with textured lines pushing the detail of the art on the card to the extreme. These are stunning pieces of cardboard, but make sure you keep these in sleeves! The extreme amount of texturing may make them easier to ruin.

From early impressions, these Surge Foils have a unique exterior that allows the foiled patterns to cascade down the card diagonally. I am very excited to see these in person.

Gilded Foils are a treatment exclusive to New Capenna and some Secret Lair cards. These treatments feature a golden, textured border that makes the card pop. These variants are available for Commons and Mythic cards alike in the Streets set, honing in on cards with a three-color identity that can easily be tied to one of the crime families from the plane. While the Glamorous Outlaw card featured above is only a common, some of the rarer Mythic cards like Raffine, Scheming Seer go for quite a lot of cash on the secondary market.

Welcome to the absolute nightmare that is classifying Etched Foil MTG cards. These were first introduced in Strixhaven and have returned in every subsequent set. Not only that, but Wizards of the Coast themselves have stated that Etched Foils will vary from set to set. This creates a vast amount of different Etched Foil treatments between sets. We will, therefore, only focus on the outliers and some examples of the most commonly seen Etched Foil Treatments.

Etched Foil Strixhaven cards are barely foiled at all. This set came with the Mystical Archive, a collection of reprints that got some rather unique artworks to go along with them. The Faithless Looting, in particular, created no end of controversy in the MTG community. Only the lines outlining the text box, amongst other similar linings, are foil with these cards.

Like the Showcase Wandering Emperor pictured above from Kamigawa: Neon Dynasty, most Etched foil treatments have a sort of raked texture featured.

That being said, multiple different Etched Foil treatments are available in singular sets. Modern Horizons Two is the most straightforward example of this. Depending on where you got your Etched Foils, you could get different variations on the Etched Foiling. The Arid Mesa pictured above has no foiling in its art or text box, while the Yavimaya, Cradle of Growth does have Etched Foiling in the picture frame.

Perhaps the most valuable of the Etched Foil cards are the ones available only in Double Masters 2022 Collector Booster packs. Not only were these packs incredibly expensive, but each pack only featured one slot where you could get an Etched Foil card. To make matters worse, a printing error made these foils even more unattainable, with more than a 90% chance that your Etched Foil in the pack would be an Anguished Unmaking. That particular Etched Foil is incredibly cheap. There are more variants, but these outline what most Etched Foil variants look like.

We currently do not have an example of what these Galaxy Foils from Unfinity (releasing October 7) look like, but we do know that the goal of the foiling is to “look like stars in space.” Make sure to keep an eye out for the release of these cards! Otherwise, you can read up on everything we know about Unfinity here.

Black Foils are incredibly rare and are only available on the double-sided Planeswalkers featured at the San Diego Comicon in 2015. As a result, these walkers are worth a small fortune, with multiples worth over $100.

From the Vault: Dragons

From the Vault: Dragons had a unique foil layer added to the cards, making them look quite impressive. This adds a foiling that affects the whole card in a way that we can only say is unique. This foil technique is present in the other From the Vault sets but is much less pronounced than the original one.

These foils are the ones that commonly occupy your packs of everyday MTG cards. Sure, additional art treatments are available for cards with foil variants (Stained Glass for DMU, the sketch cards for Modern Horizons Two), but those are not special foil treatments. However, there is a significant divide between old foils and the more recent ones that we have now. As a result, we will showcase one of each.

Here is an example of an older traditional foil. These feature the old border type and the WPN star logo used to mark a premium foil. Back in the day, foils were quite difficult to come by, so the price multiplier for old foils is incredibly expensive.

Traditional Foils themselves are everywhere. These could be the full-art foil cards you see in Secret Lairs or the Foil Common that you open at the end of your Draft Booster Pack. Sure, there are different art treatments mixed in here, but the foil treatments for these cards are relatively similar. Different cards will see different treatments to make the artwork pop, but the treatments within themselves are not unique, but simply foil. Don’t let the commonality of these fool you! Sometimes simple is the most beautiful treatment a card can get.

There Will be More to Come!

Are these all of the currently available foil treatments for MTG? The answer should be sort of. While these are the official promoted foil treatments from Wizards of the Coast, there still exists a ton of different foil effects that are simply the result of different techniques used between sets. Perhaps the most infamous of these is the community-dubbed Pringle Foil, based on the chip brand. Commander Legends provided some pretty poor-quality foils that were guaranteed to curl profusely, just like the chip provided by the Pringles brand. This problem has since been fixed but can be used as an example of the varying quality of foiling between sets of MTG. Either way, as more foil treatments get updated, check back to ensure you can keep straight what everything means!