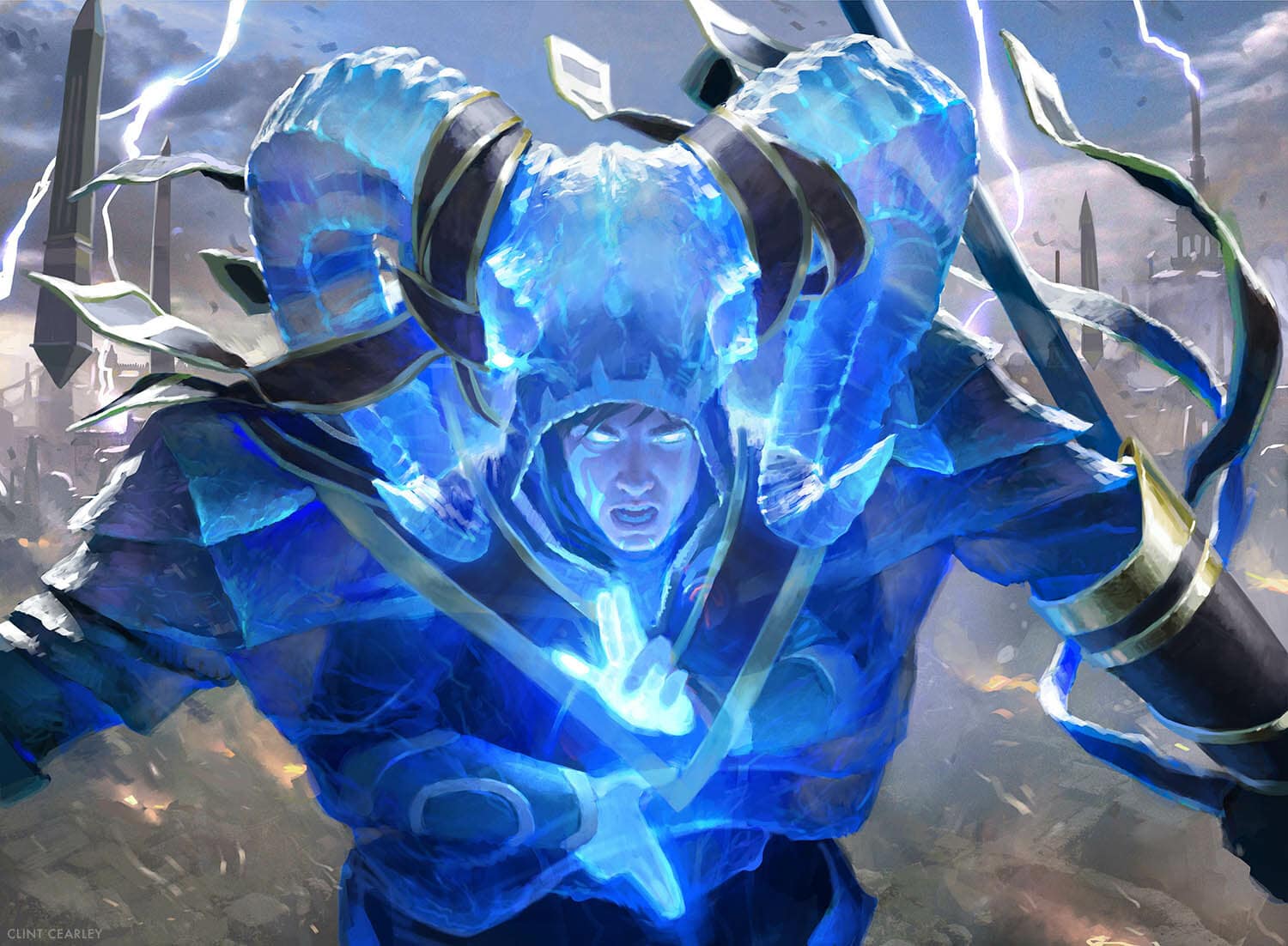 Today’s Weekly MTG was all about Jumpstart 2022. This has been an incredibly intense spoiler season, with the entire set being spoiled over the course of two days. This makes sense since the set is coming out only a few weeks from now. Alongside some fantastic spoilers, the rarity schematic for Jumpstart 2022 was revealed, and, it is a bit different from how rarities traditionally work in MTG. Here’s the logic behind all of the rarities in the new Jumpstart 2022 product and some new spoilers to go along with it!

According to MTG Jumpstart 2022 expert Reggie Valk, “there are 121 different packets in total, across 46 different themes in the product. There are rarities, kind of like there are card rarities. Some packets appear at Mythic rarity, and there is only one list in them. Then, there are packets that appear at Rare rarities, and there are two lists in each of those. There are common rarity packets, but each of those has four different variants, so even if you open that one a little more frequently, you’ll probably still find new stuff.”

The Knight theme, as shown above, is an example of a Mythic packet. Only one variant of this theme will be available, and it will be opened less frequently than packet types with a more common rarity.

Astute MTG players may notice that, for a reprint set like this, there are an unusual amount of new uncommon cards specifically. Well, card rarities also play a different role in this Jumpstart product than usual. While Mythic Rare cards are still the rarest ones to open, they are instead used to designate how many different packets they show up in. Here’s how often you will see a card in different packets based off their rarities:

Therefore, the new uncommon cards you’ll find are aimed at shaping how this Jumpstart product feels to play while simultaneously having some interesting designs for Commander players. The new uncommon Rampaging Growth above, for example, appears in both the Landfall and Insect themes while also being an incredibly unique piece of interaction for Ramp decks in Commander.

Like Rampaging Growth, Primeval Herald is another unique card that should have some Commander relevance. This can be found between landfall and, we assume, the Elf themes in this product. Primeval Herald, based on Primeval Titan, has a modified effect of the Commander-banned menace that should a fantastic budget option for Commander players.

Read More: MTG The Brothers’ War Cards Are Selling For $1000+

With designs and rarities explained, let’s look at some of the cards spoiled for Jumpstart 2022! As is evident by the two different decklists, the Experimental theme is a Rare red packet that features a few new cards.

The most exciting of these are Mizzix, Replica Rider. This Legendary Goblin Wizard is a 4/5 flyer that can copy spells that you cast, as long as they’re not in your hand. While you have to pay a small cost to do this, the cost has hybrid mana in it, allowing you to play blue cards if you choose to use it as a Commander. There are many ways to enable this with cards like Expressive Iteration. Outside of that, the Experimental packet has a lot of Flashback-like effects that allow Mizzix to copy spells.

This hybrid mana cost continues a cycle of cards created in the last Jumpstart product. Emiel, the Blessed is an example of a card from that set, hosting the Selesnya colored mana payoff in its text.

Goblin Researcher is a decent enabler for Mizzix. While the card is not super strong on its own, it does replace itself once it gets to attack. This could be a fine addition to a Goblin Tribal Commander deck as a result.

The anime art to expect in this packet is Thermo-Alchemist! This fan-favorite Pinger is coming back for a sweet new artwork.

The Think Again packet is an example of a Common packet. As mentioned before, these packets have four different variants that you can open and are the ones you are most likely to open in general. There are some standout cards in these packs, most notably the Jace that popped up in packet one. Unlike the last Jumpstart product, there will be no Planeswalker-themed Jumpstart 2022 boosters. That said, there will be random Planeswalker appearances between different packs, the most notable of which is probably the anime art Karn Liberated that was spoiled before the official spoiler season started. Jace, Arcane Strategist is actually from a Planeswalker deck all the way back in War of the Spark. The card is worth about $2, but the ability seems to work well in a packet theme that likes to draw two cards!

The most exciting card showcased in these packs is Alandra, Sky Dreamer. This Modern take on the MTG fan-favorite Talrand, Sky Summoner cares more about drawing cards than casting spells. That said, the cards synergize extremely well as, should you manage to draw five cards in a turn, Alandra buffs up all of your Drakes by your hand size! As Alandra is a Rare, you can expect to find her in half of the Think Again packets.

Another common aimed at smoothing your draws, Merfolk Pupil is a two-mana Merfolk Wizard that offers some looting. The card won’t impact any formats heavily but can help with budget Commander decks.

Soul Read is a card that would be fantastic if its mana cost were even one less. That said, the duality offered by this card is quite powerful in the Jumpstart 2022 format and has a chance at showing up in some budget Commander lists. Some players are already using draw two effects for four at instant speed. This is a strict upgrade to those!

The Landfall packets offer some interesting cards. This rare packet features reprints of two Commander favorites: Avenger of Zendikar and Rampaging Baloths. These have been reprinted into oblivion, so I can’t imagine they’ll ever be worth much, but they are strong creatures you can use in any green Commander deck.

The two new cards in this packet have already been shown off in the rarity explanations, but the new anime art featured in this pack is this Khalni Heart Expedition. This used to be a Commander powerhouse and, while still significant in a budget deck, is not as powerful as it used to be.

These are all the cards previewed in the Weekly MTG stream today. All of the cards should be spoiled by the end of the day Tuesday, so make sure you keep your eyes out for that. If you want to see some other cards being spoiled, Wizards of the Coast has a full list of places where you can expect to find some spoiled cards! If you want to catch up on spoilers from yesterday, we covered a few of them here.