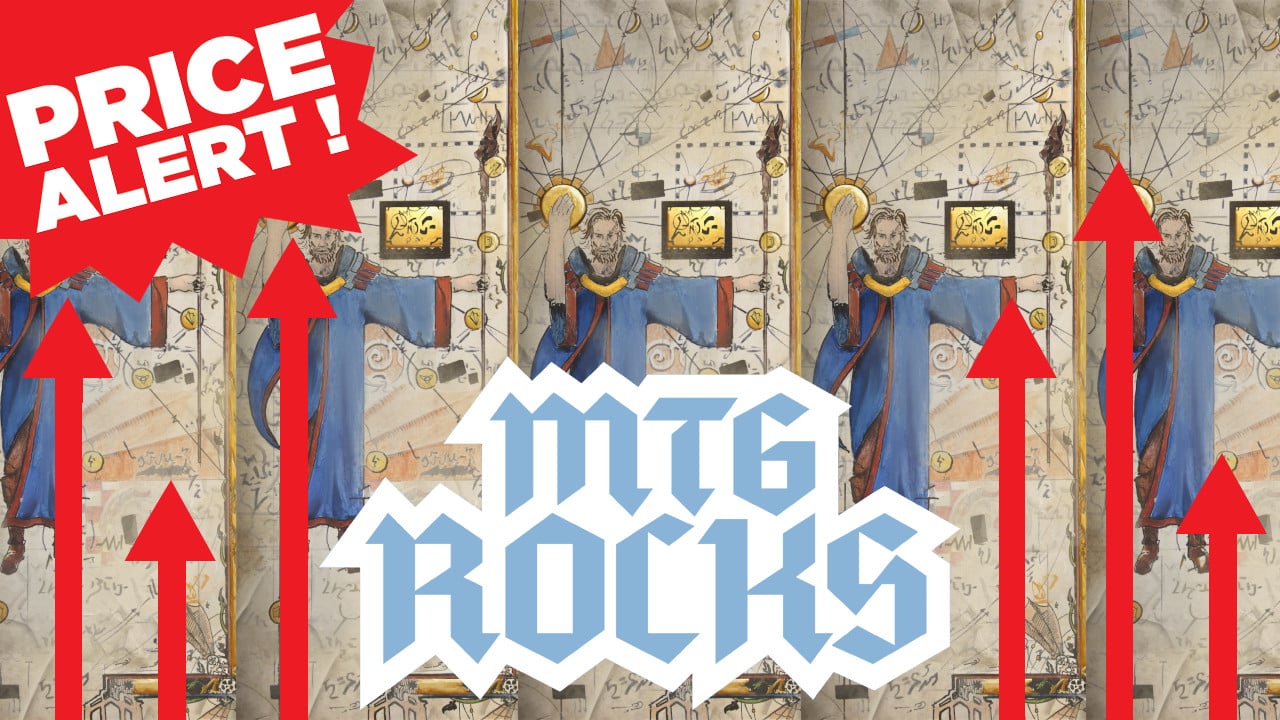 Urza’s Saga is such a good card that many players wish it didn’t exist. It’s just so versatile! The Saga can make massive Construct tokens and tutor your library for silver bullet artifacts. Across multiple formats, many MTG decks are finding ways to fit in Urza’s Saga. It’s becoming ubiquitous. And it’s also becoming quite expensive.

Urza’s Saga is about $38.00 at the time of this article. It’s had a substantial price spike back in November. But since then, the card has continued to gradually climb in price.

Read More: Once Expensive MTG Demon Absolutely CRASHES in Value – Is it Time to Buy?

Urza’s Saga Decks – Why The Card is So Expensive

Urza’s Saga is being played everywhere! It’s used in Commander and Legacy. But it is most dominant in Modern. Many top-tier decks of the format are using Saga to grind out Construct tokens or tutor for artifact combo pieces. It can even find critical sideboard cards such as Grafdigger’s Cage, Pithing Needle, and Relic of Progenitus.

The growing prevalence of Urza’s Saga is pumping up its price. Just check out how many Modern decks are playing the card:

To demonstrate the influence of Urza’s Saga, let’s start by looking at perhaps the least obvious deck that’s adapted the card. These days, traditional Jund decks (red/black/green) are cutting classic cards of the longstanding archetype such as Liliana of the Veil, and Bloodbraid Elf.

Now, Jund has dropped their entire mana curve to play Lurrus of the Dream Den as its companion. And they play Wrenn and Six to repeatedly buy back Urza’s Saga once it goes to the grave. This creates a steady stream of growing Construct tokens that will eventually overwhelm your opponent.

Affinity was once thought to be a dead archetype when Mox Opal was banned. But Urza’s Saga and a few other noteworthy upgrades from MH2 such as Thought Monitor and Sojourner’s Companion have brought the deck back from the grave.

If you want to make the biggest possible Construct tokens with Urza’s Saga, then this is the deck for you.

Hammertime is one of the top decks of the Modern metagame. The deck revolves around Colossus Hammer and circumventing its equip cost with cards such as Sigarda’s Aid and Puresteel Paladin.

Urza’s Saga is able to tutor for Colossus Hammer. But it can also find Shadowspear to grant trample to your hammer-wielding creatures, allowing them to punch through blockers for lethal damage.

Amulet Titan has been around in Modern for a long time. It can produce wins as early as Turn 2 via the deck’s two namesake cards, Amulet of Vigor and Primeval Titan.

Now the deck is even more consistent thanks to Urza’s Saga. The third chapter of the Enchantment Land can put Amulet of Vigor from your deck directly onto the battlefield.

There are a bunch of other Modern decks that leverage Urza’s Saga such as Hardened Scales, Thopter Combo, and Eldrazi Tron.

And I have to mention one of my pet decks, Asmo’s Kitchen. The Food deck, named after Asmoranomardicadaistinaculdacar, makes a buffet of artifact Food tokens which make for massive Construct tokens with Urza’s Saga.