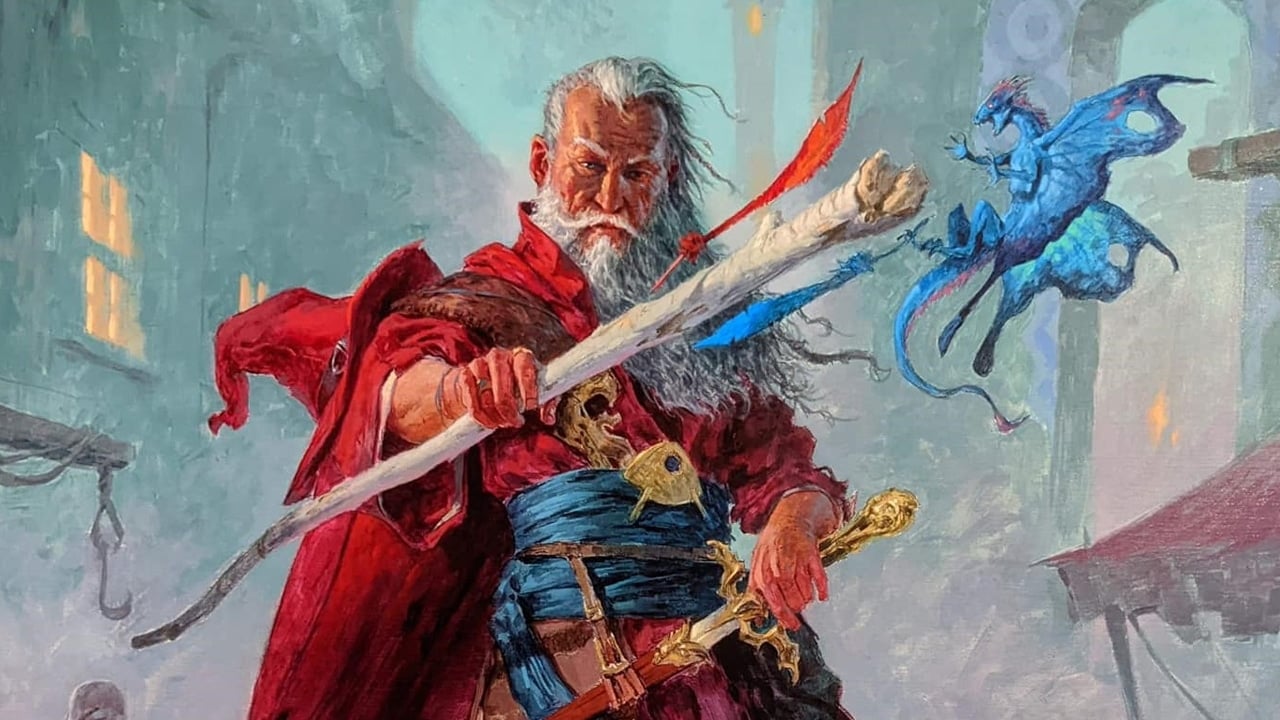 These 24-Year-Old MTG Predictions Were Right!

With countless planes to explore, providing near endless possibilities, Magic: the Gathering and rampant speculation go hand in hand. Beyond the vague codenames that Mark Rosewater teases, there’s little telling what might come next in MTG. If past sets are anything to go by, one minute you may be in a picturesque fairytale, and the next, ancient Greece. MTG has even gone to the cyberpunk-styled future, much to many players’ surprise. While there is no telling precisely what MTG might do next, players are no strangers to making predictions. The prediction du jour often changes week in and week out; however, for the longest time, one crossover was on everyone’s mind. In 2021, players were finally treated to what they had been waiting for; Dungeons & Dragons: Adventures in the Forgotten Realms.

With Wizards of the Coast owning both Magic: the Gathering and Dungeons & Dragons, a crossover seemed inevitable. Subsequently, players have theorized about a potential crossover set from the earliest days of Magic’s history. Back in 1998, it wasn’t just players speculating, as the magazine InQuest also took a punt at making predictions. Initially published in 1995, InQuest was no stranger to making hypothetical MTG cards and predictions on the TCG’s future. InQuest was so prolific that when they concocted “purple” cards and a new “Portal” land in a 1997 issue, many players believed that the Portal set of the same year would introduce this new color of mana.

Ultimately, InQuest’s predictions about purple mana coming to MTG never came to light. However, their forecasts for an MTG and D&D crossover set were far more accurate. Throughout the magazine’s 41st issue, InQuest managed to accurately predict multiple card names and mechanics that’d arrive in the future. Admittedly, these predictions took 23 years to come to fruition, but many were astonishingly accurate!

While it might have been an obvious choice, InQuest accurately predicted the appearance of Elminster in MTG. Rather than being a Planeswalker, since those didn’t exist yet, InQuest expected Elminster would be a simple legendary creature. InQuest also kind of accurately predicted Elminster’s main effect, which makes your spells easier to cast. Rather than reducing mana cost by scrying, however, InQuest envisioned an Elminster that could tap your opponent’s mana to play your own spells. Given this effect’s power, it’s probably a good thing InQuest wasn’t in charge of set design.

Alongside Elminster, InQuest also concocted an interpretation of Lolth, Spider Queen, simply called Lolth. Unlike Elminster, InQuest’s Lolth is rather wide of the Lolth, Spider Queen mark, with only the spidery theme connecting the two. Rather than offering card draw or generating tokens, InQuest’s Lolth instead caused poison damage while also giving +1/+1 to spiders.

This disconnect between name and mechanics also appears on InQuest’s The Deck of Many Things. Rather than using the as-yet-unreleased dice rolling mechanic that would first appear in 1998’s Unglued, InQuest envisioned a card that had players guess the color of the top card of their deck. If a player guessed correctly, that card would be put into play. Guess incorrectly, however, and your opponent was given the same effect. These discrepancies showcase how hard it is to predict future MTG mechanics, even if the names are obvious.

Somewhat miraculously, however, not all of InQuest’s predictions were miles off the mark. InQuest’s Mind Flayer, for instance, might be the wrong color. However, it accurately predicts Mind Flayer’s ability. They even both have a mana value of 5! Spooky! As if that weren’t remarkable enough, InQuest was almost spot on with Gelatinous Cube prediction. While Gelatinous Cube is an iconic part of D&D, the forecast for an Ooze creature that exiles another creature while it’s in play is eerily accurate. Admittedly, InQuest did add some random coin-flipping spice to their Ooze however, the exile effect was accurately predicted long before it became commonplace.

Sadly, InQuest ceased publication in 2007, so we can’t ask these veritable soothsayers about what’s coming next. Thankfully, to guide our otherwise random speculation, Mark Rosewater has continued to give players teasing tidbits of information that may indicate future plans. Most recently, Rosewater discussed the possibility of some cult classic sets returning in the future. However, those sets likely won’t materialize for a long time since Magic’s has an over two-year development lead time.

In the meantime, players can at least look forward to the continuation of the Phyrexian arc, which starts in Dominaria United. Following this, players will be taken back to the mostly unexplored planes of Eldraine and Ixalan. Moving into 2024, however, there’s no telling what Wizards of the Coast may have up their sleeves. For now, we’ll just have to endure the long wait until Wizards Presents 2023 to find out more.

Read More: Dominaria United MTG Card May Spike Due to Breaking the Game!