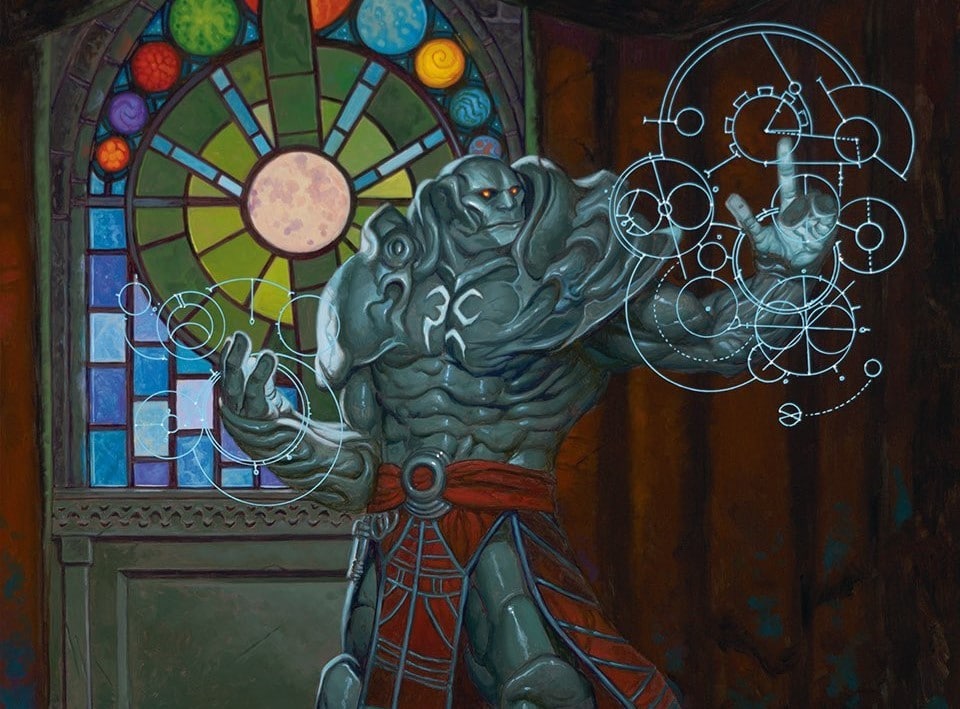 Dominaria United MTG Card May Spike Due to Breaking the Game!

Dominaria United is revealing a lot of weird rules and exceptions that people weren’t ready for. In an article we wrote detailing some errata presented by Wizards of the Coast, there was one Dominaria United card that straight-up missed some text, transforming an artifact into a creature instead of an artifact creature. Well, that error doesn’t even shine a candle to this one. Get ready; this is really complicated and results in an absolutely broken card.

Buy At TCGplayer
Serra Paragon has been making a lot of waves recently. Not only is this card considered one of the top three bombs in Dominaria United sealed, but it’s also holding a $20 price tag at the writing of this article! We are still in prerelease season, but Serra Paragon’s price stands to skyrocket once people realize that one restricting factor doesn’t work on the nonland permanents it brings back.

Unfortunately, Wizards of the Coast missed a complicated series of rulings when creating this card. As a result, MTG Arena’s version of Serra Paragon is actually an incorrect representation of the card. It turns out the real Serra Paragon is much more powerful.

These Rulings are Complicated

Serra Paragon’s intended function is to allow its controller to cast permanents (or play lands instead of cast) from their graveyard once per turn. Once these permanents enter the battlefield, they should get an ability that states that they will be exiled once they hit the graveyard in exchange for two life. This does work as intended for lands. However, this ability does not work for spells that Serra Paragon is casting. Because of how the card is worded, Serra Paragon will grant the additional ability that exiles the permanent while it is still on the stack. Upon resolution, these spells will lose that ability. This is not how the card works on MTG Arena. It instead successfully grants the ability to the permanent while it is on the stack, and the permanent retains it upon resolution. Here’s why that is wrong.

This discussion first appeared on Reddit, where user u/Mervium points out that, because Serra Paragon does not apply to a specific exceptions clause, her granted abilities cannot stick around on the permanent after it resolves:

“to the spells you cast with it while they’re on the stack. This functions as normal, but when the spell resolves and becomes a permanent, the effect is no longer applying to it, and it “loses” that ability. This is because Serra Paragon does not fall under any of the exceptions listed in 400.7a that would allow the ability to carry over to the permanent the spell becomes.”

For reference, as referenced by Mervium, the exceptions listed in section 400.7a are as follows:

With this information brought to light, some may be confused. Doesn’t the rule 400.7a just confirm that Serra Paragon does work? might be what you’re thinking. Well, here’s why it doesn’t work.

An example of a card with a similar ability that does work in the same set is Rivaz of the Claw. Unlike Serra Paragon, the ability that exiles the Dragon spells cast by Rivaz from the graveyard is a triggered one. This ability gets triggered whenever you cast a Dragon spell from your graveyard. Therefore, Rivaz of the Claw does apply to the rule exception and can affect a spell after it resolves into a permanent.

There is a good chance that Wizards of the Coast will fix this at some point. At this point, Serra Paragon’s ability grants the effect to casted permanents functions as a triggered ability on MTG Arena. Because it technically is not a triggered ability, Serra Paragon should not be able to grant permanent spells the exile effect it is supposed to. This can result in Serra Paragon casting the same permanent spell in loops every turn. Whether this card will spike directly due to this rules glitch heavily depends on how long it takes Wizards of the Coast to fix the error and if the mistake ever gets recognized for competitive play.