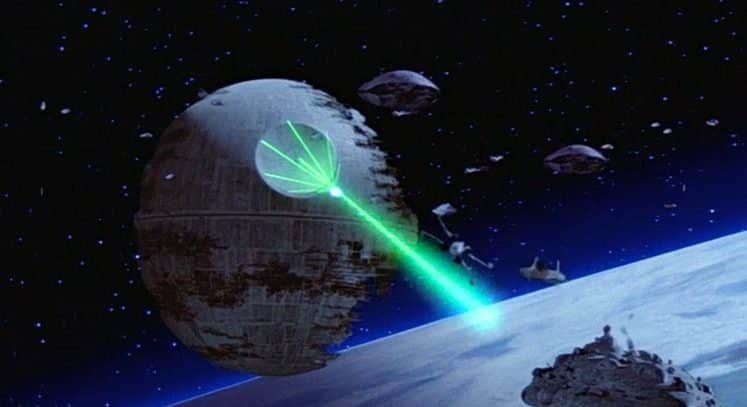 It’s no secret that Magic: the Gathering is starting to toy with the idea of crossovers with other significant Pop Culture icons. After doing smaller crossovers with multiple big names like Stranger Things, The Walking Dead, and Street Fighter with Wizards of the Coast’s Secret Lair product, we are beginning to see complete sets dedicated to exploring different Universes Beyond in Pop Culture. We know that a Lord of the Rings set is scheduled to hit shelves next year, and we’ve already seen multiple visits to Wizards of the Coast’s Dungeons and Dragons universe. Now, after a fan excitedly asked to see Darth Vader chopping up some Goblins, it looks like there’s actually a possibility that it’s happening.

On August 7, ‘Mysterio797’ asked MTG lead designer Mark Rosewater if there would be a Star Wars set would be a possible crossover for MTG. With Warhammer seeing a successful crossover into MTG with the Commander product (and Secret lairs) releasing later this year, this is a more logical jump than some may think. While Star Wars is known first and foremost as the Disney movie franchise that has captured the hearts of millions, it also has some popular tabletop games. Sure, the Star Wars miniature game pales compared to Warhammer (much like MTG to its other major TCG competitors), but there is significant overlap with fans and communities. It doesn’t seem implausible that a Star Wars Crossover is coming our way.

Do You Want a Star Wars Set?

When asked about the possibility of seeing a Star Wars set, Mark Rosewater asked his Blogatog followers if there was sufficient interest. This suggests that a Star Wars set in MTG’s future is incredibly realistic but unconfirmed.

The responses to this Q&A saw a lot of variation. Many MTG players were outraged by the possibility of a Star Wars collaboration. This isn’t a new reaction to the Universes Beyond crossovers. Players, in general, are scared of MTG’s mysticism created by its unique world-building being lost and diluted by interacting with worlds that don’t share a lot of overlap. Lord of the Rings shares a lot of similarities to MTG’s themes. Outside of the new Unfinity ‘s spaceship theme, Star Wars has little to no overlap.

Other players are excited about the possibility of having their Dwarf pilots crew an X-Wing. Even with the usual doomsaying that comes along with the comment section of anything MTG-related, a ton of fan-created content favoring this crossover already exists. Someone created a supplemental card game that acts as a crossover between both universes. Star Wars inspired alternate art cards are also prevalent in the community. There are so many that we even outlined them in the past.